The weather forcast for today was not promising, but fortunately it wasn't accurate either – the sun was out and the wind was pretty mild, so all in all the temperature was quite pleasant.

The landlord of my parents' flat works at the Għar Dalam caves and he'd arranged to get us in for free, but since the caves don't open until 10:30 we went to have breakfast at the local café in Birżebbuġa. I didn't get much, so once I'd finished I had a wander round and took some photos. 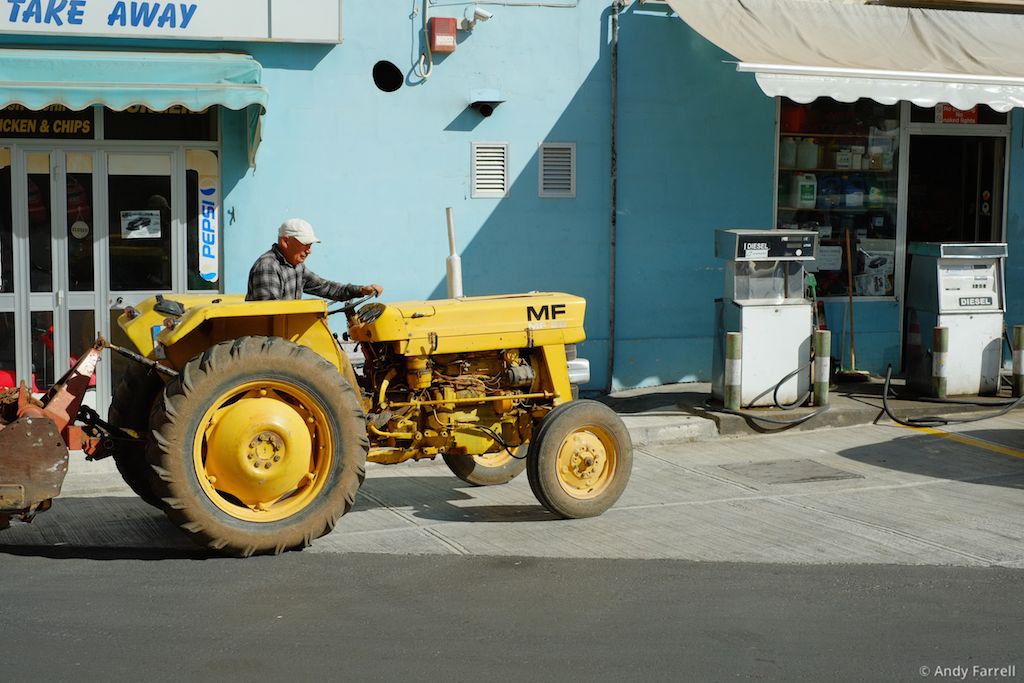 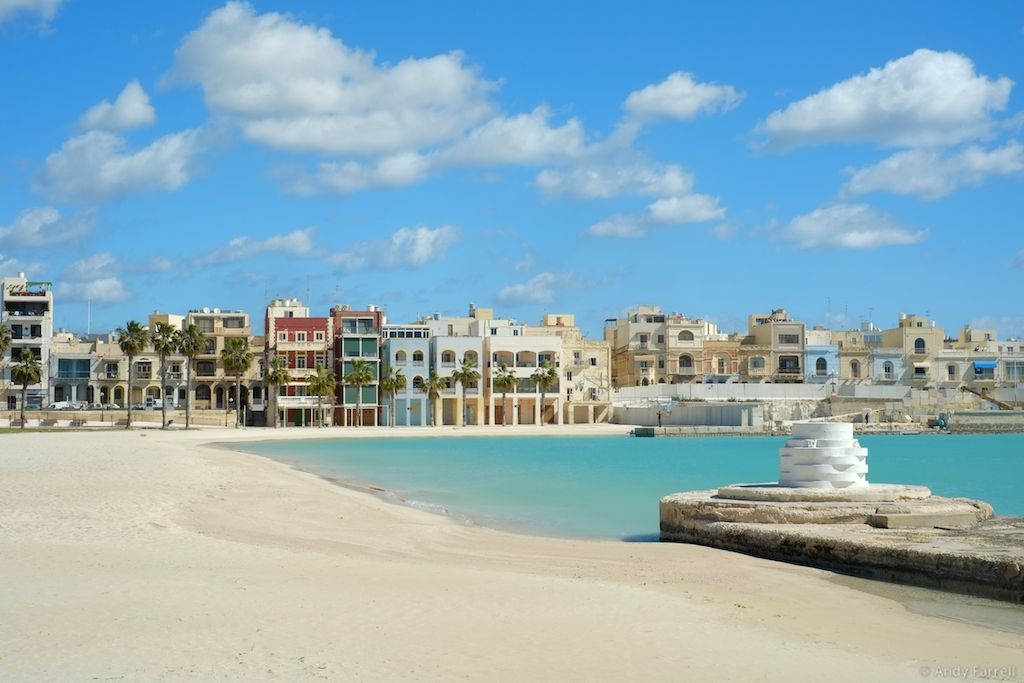 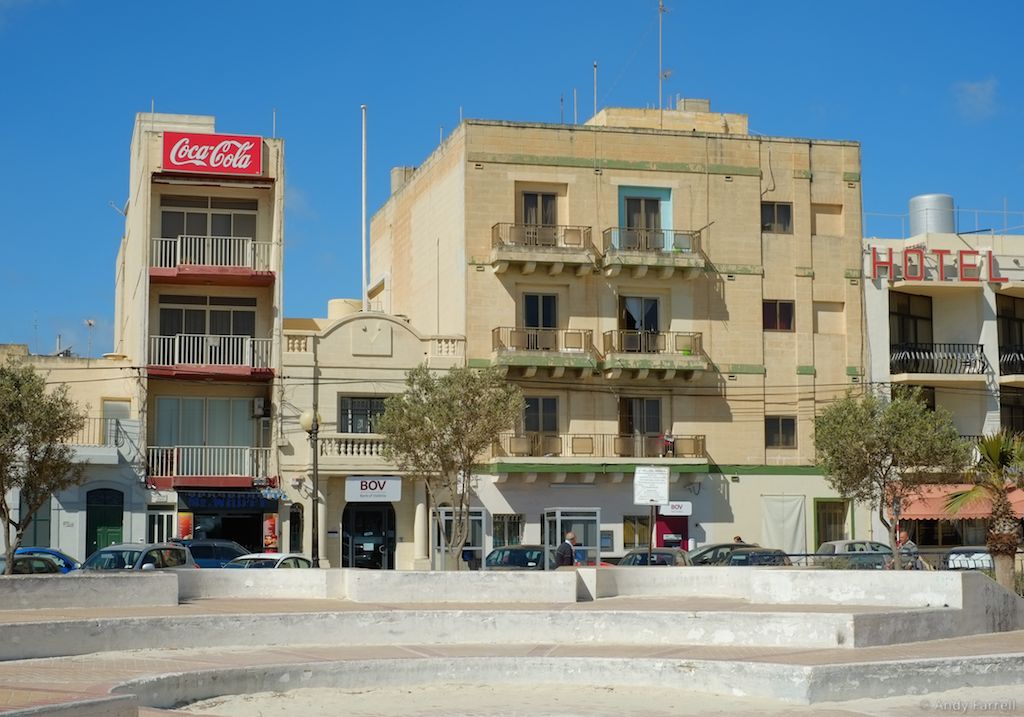 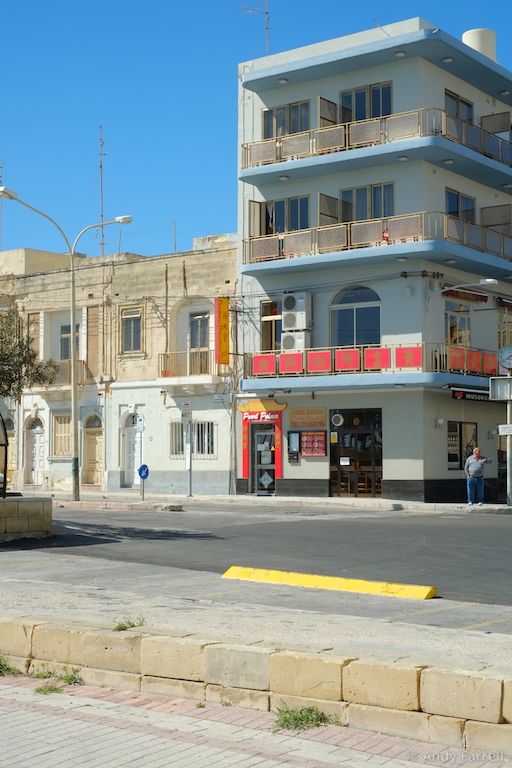 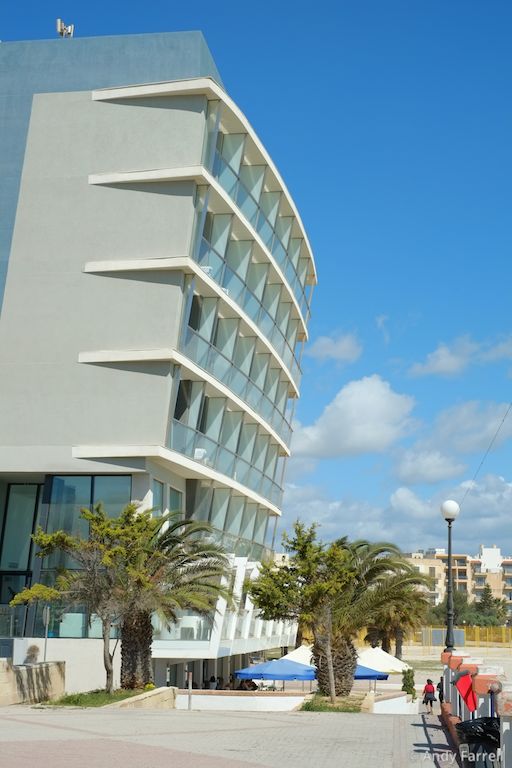 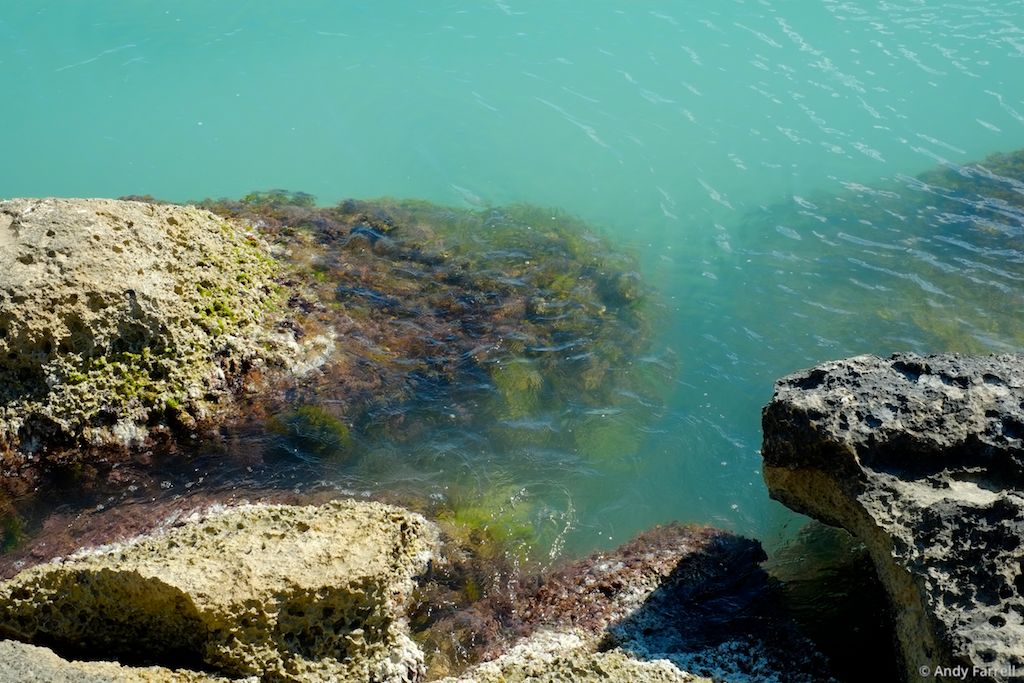 Soon though it was time to head to the caves, a short bus ride away. 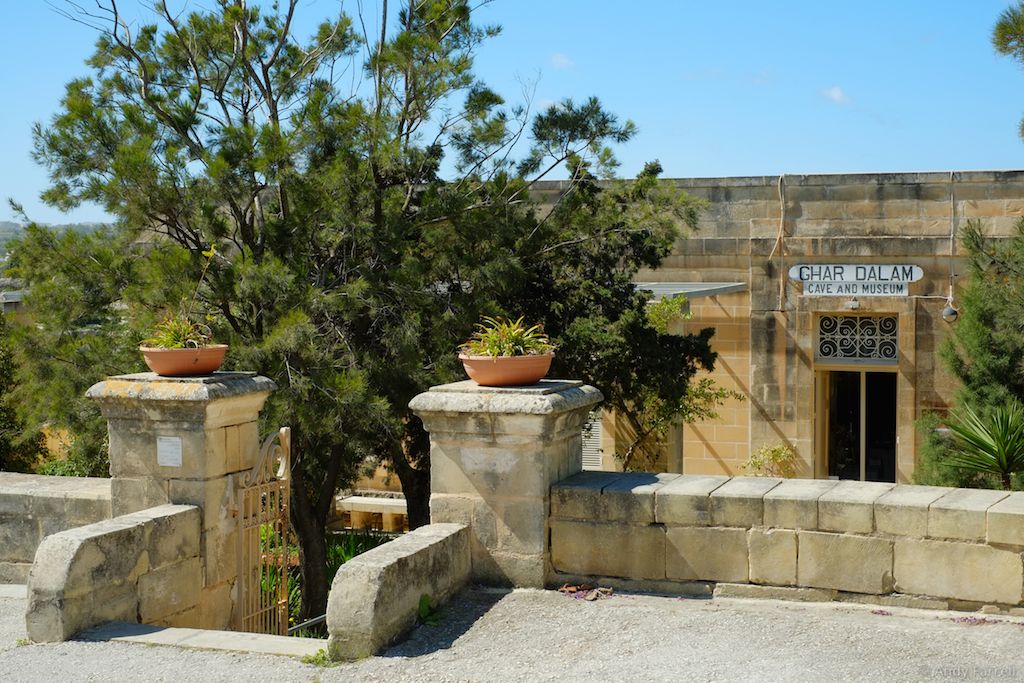 I hadn't realised but the caves also had a museum, filled with various geological and archaeological exhibits. 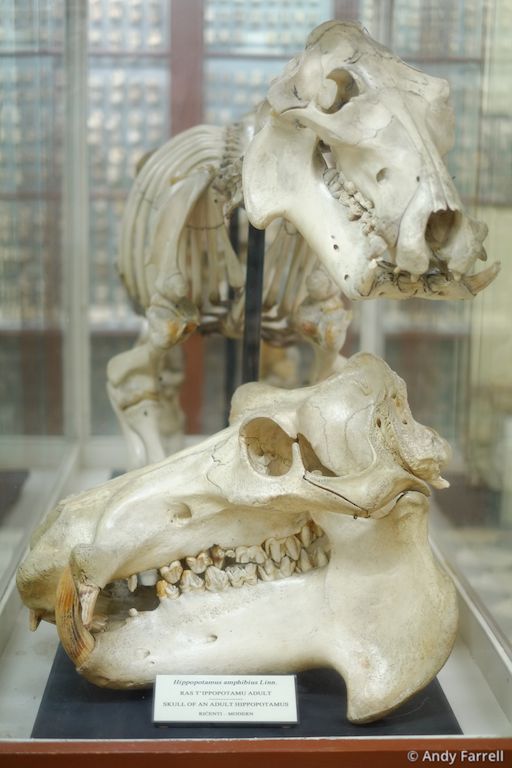 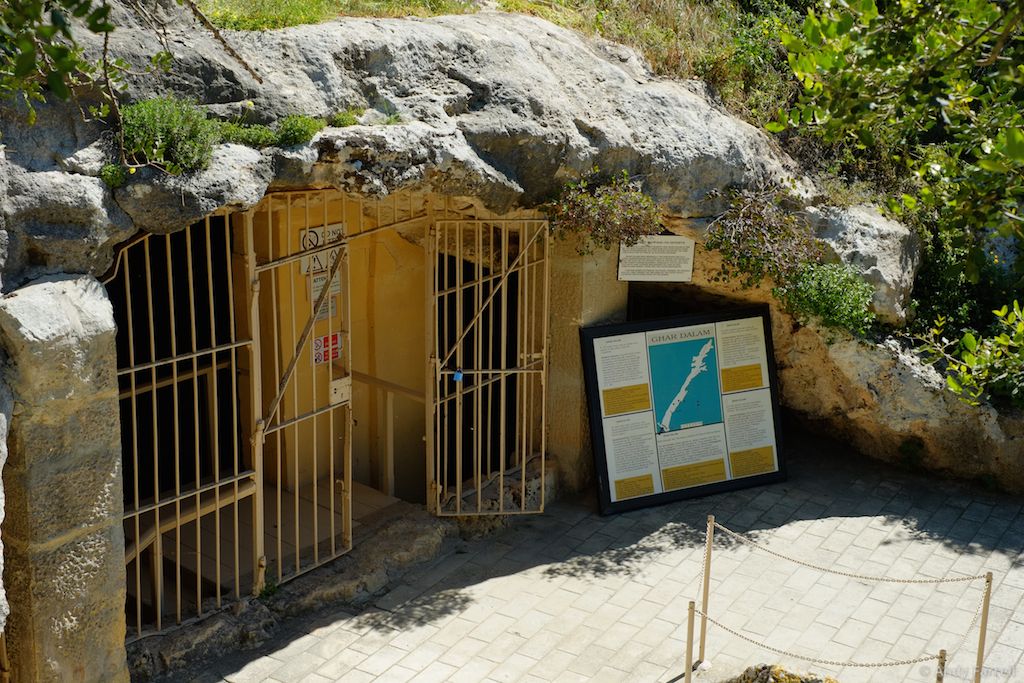 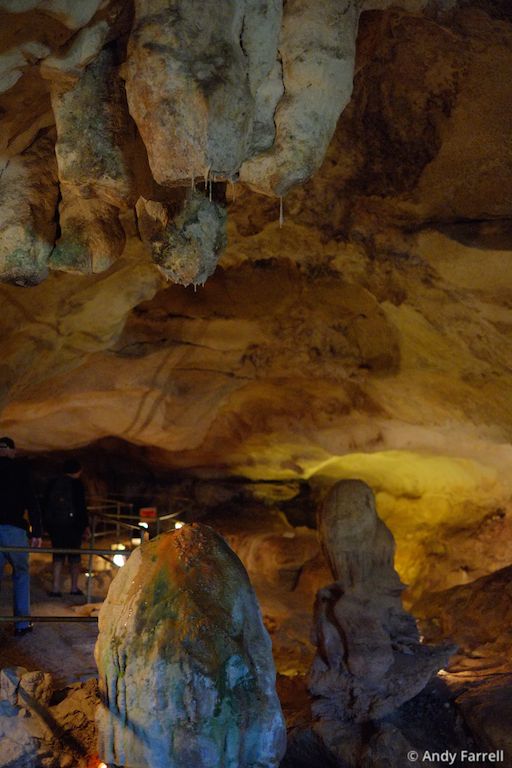 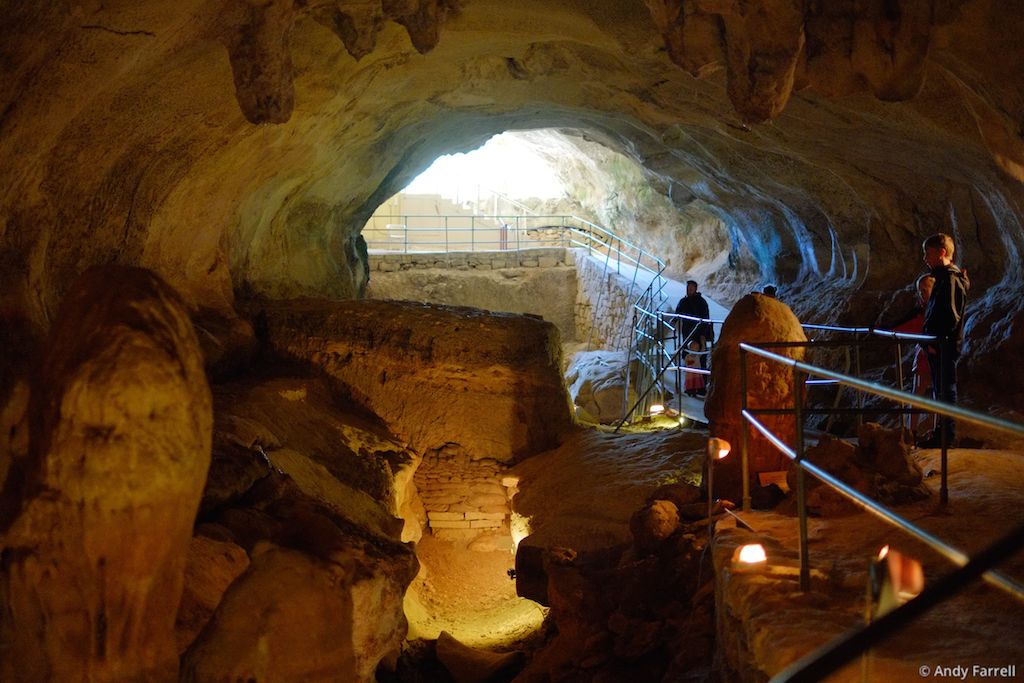 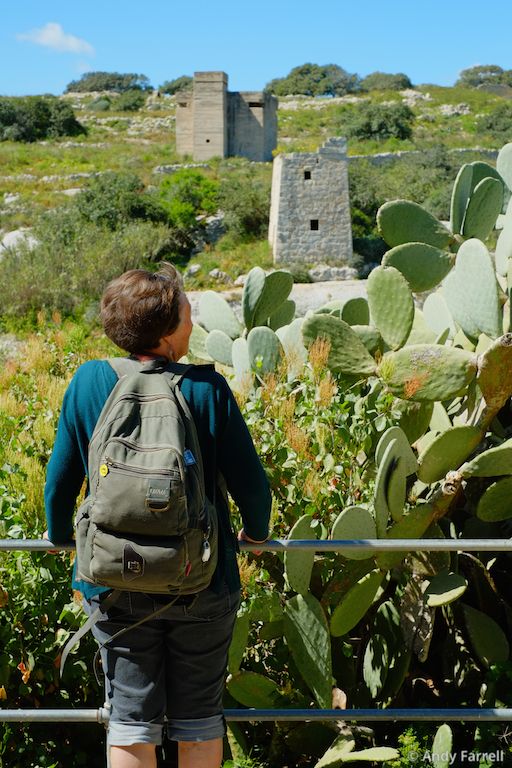 My planned destination today was the Popeye Village, which meant going via Valletta, so we went for a quick coffee before going our separate ways for the day. While at the café I saw a chap selling hats, and thought it'd be handy to have one to keep the sun out of my eyes. 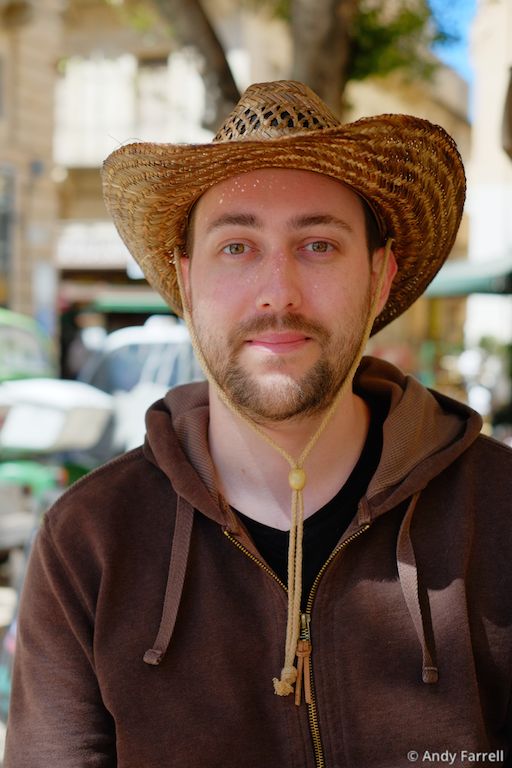 Quite dashing, I'm sure you'll agree

The Popeye Village is reached via Għardira, my planned destination for Day 3, and one can either get a bus from there, or just walk, since it's only 1 km. I chose the latter, since it was a nice day, albeit very windy in that area (enough that I got to thinking I should just have bought sunglasses instead of a hat). 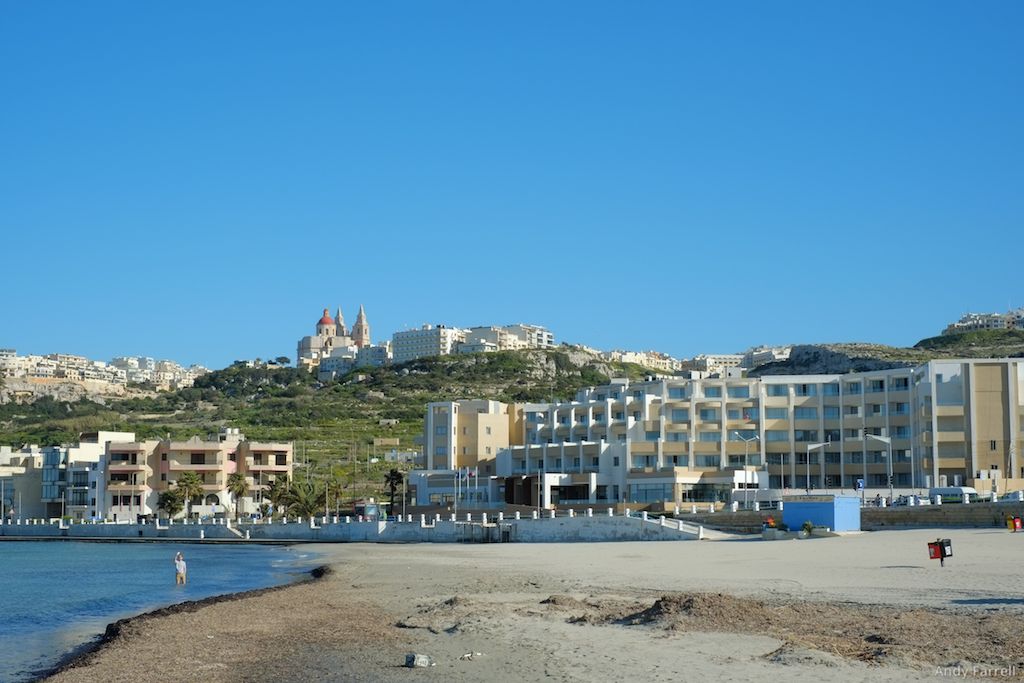 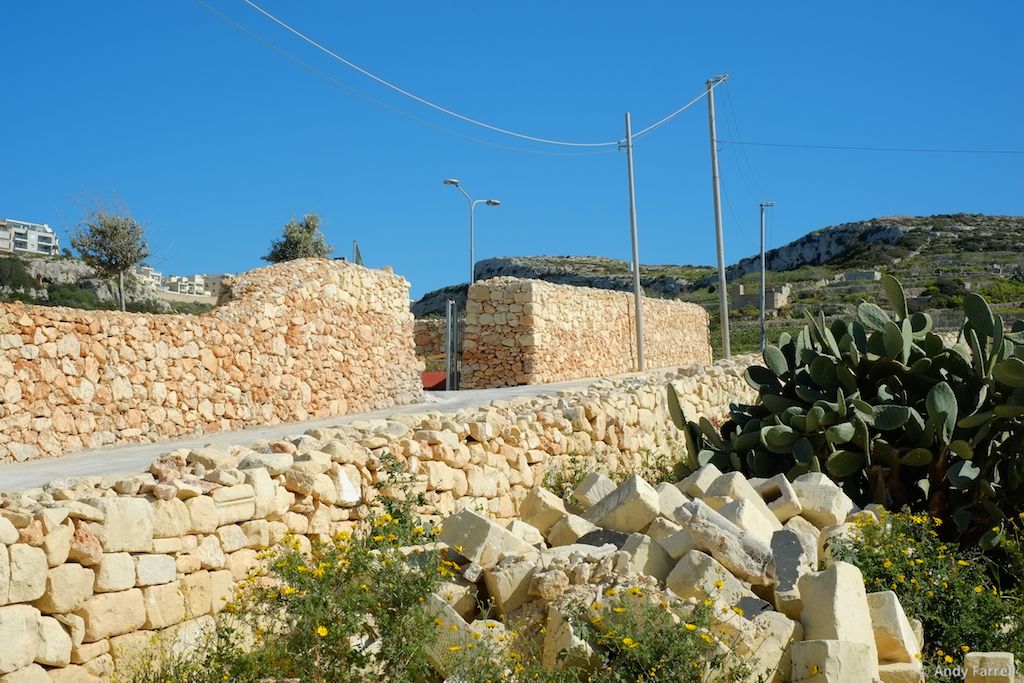 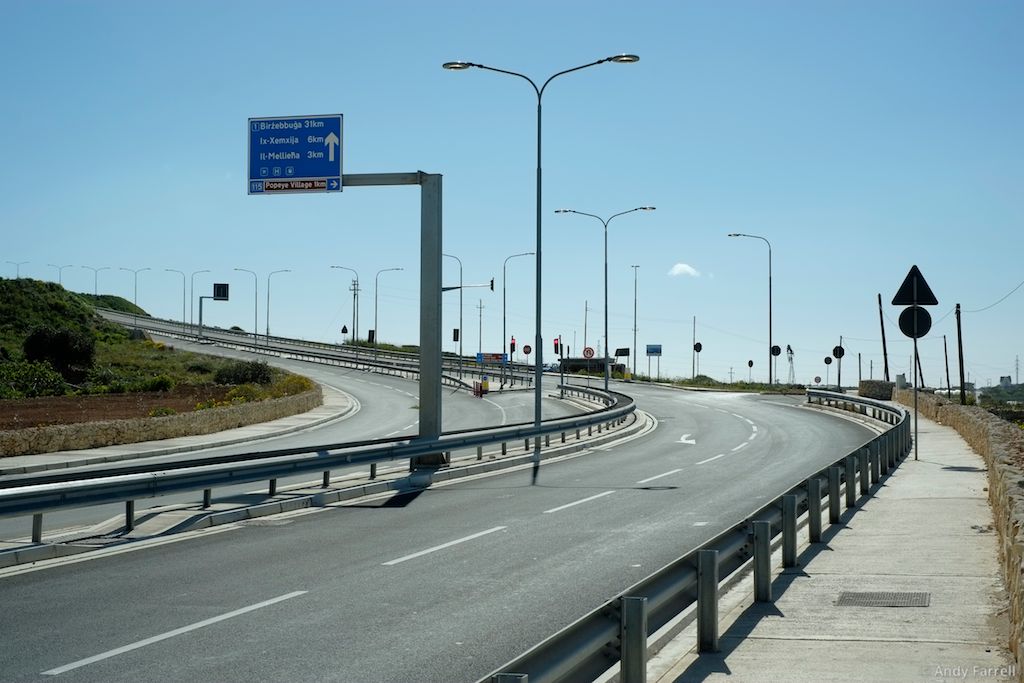 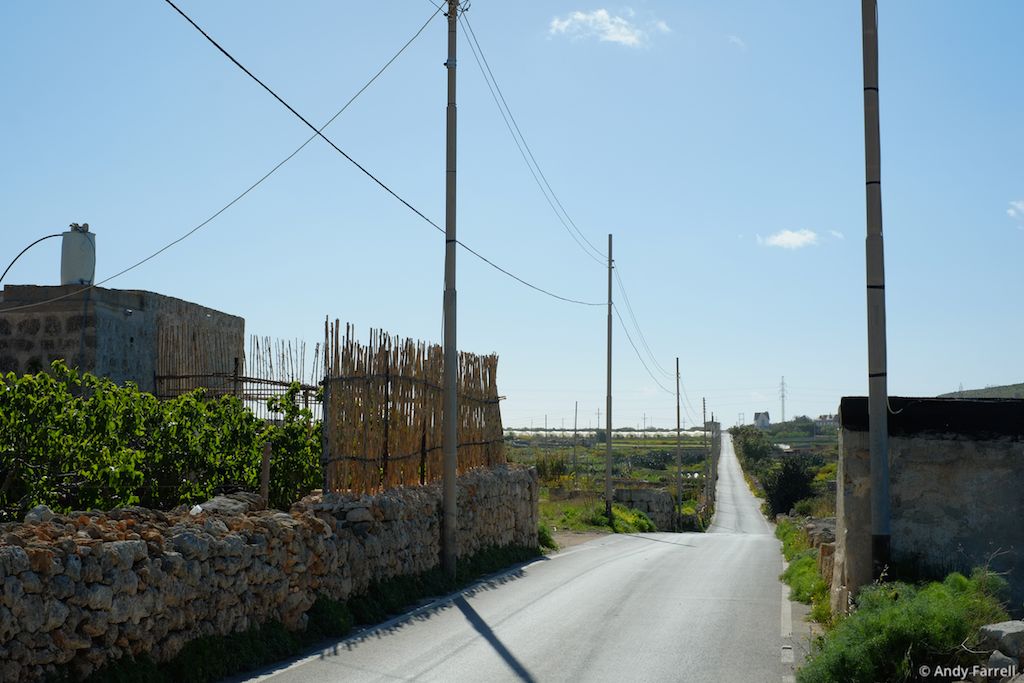 The road to the Popeye Village 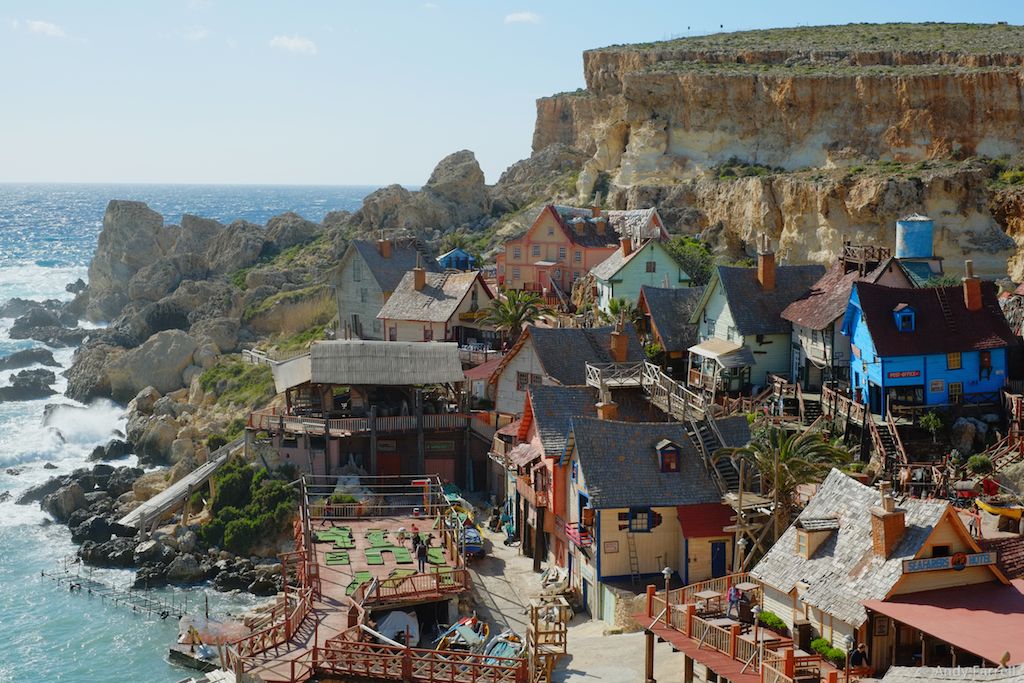 I'm glad I decided to walk, because as it turned out, I got more interesting pictures on the walk there and back than I did at the Village itself, which I found a little too touristy for my liking, not helped by the loud music blaring forth from one of the buildings. 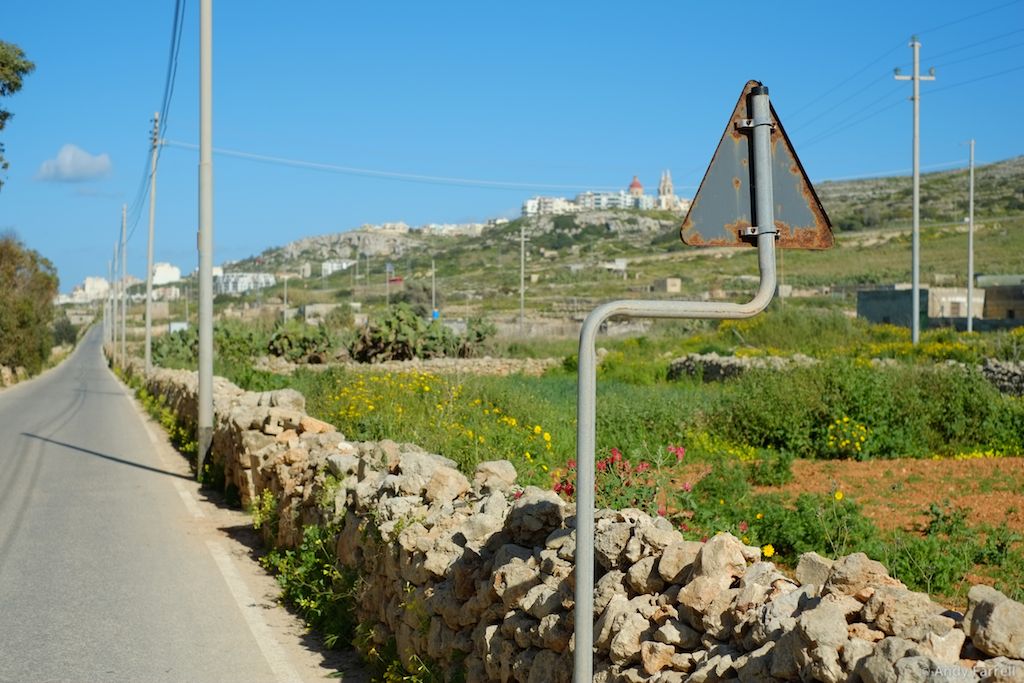 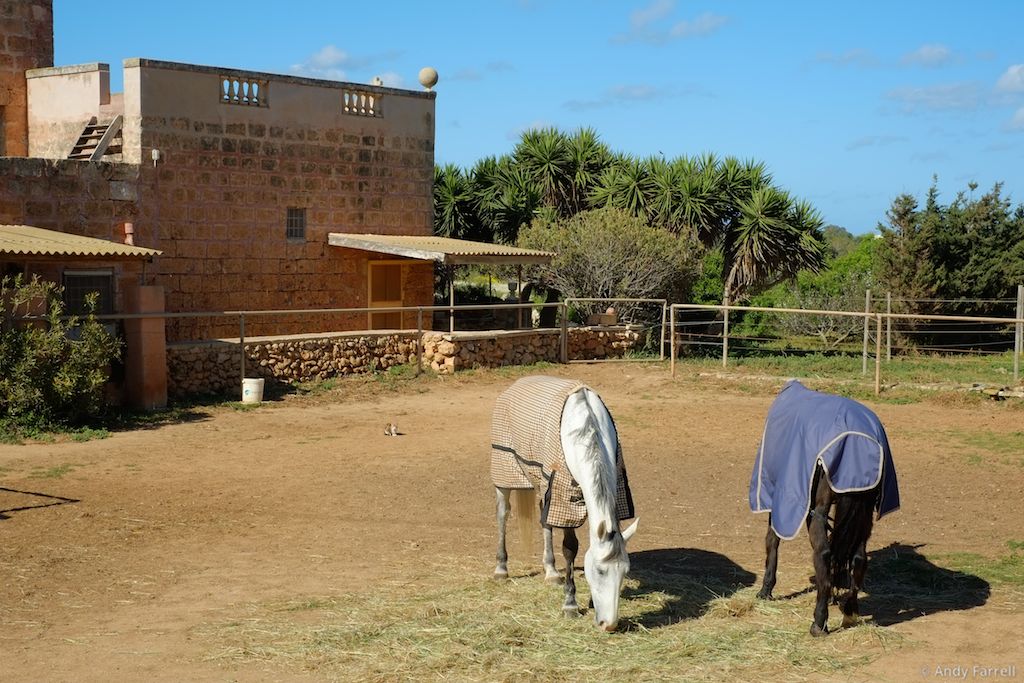 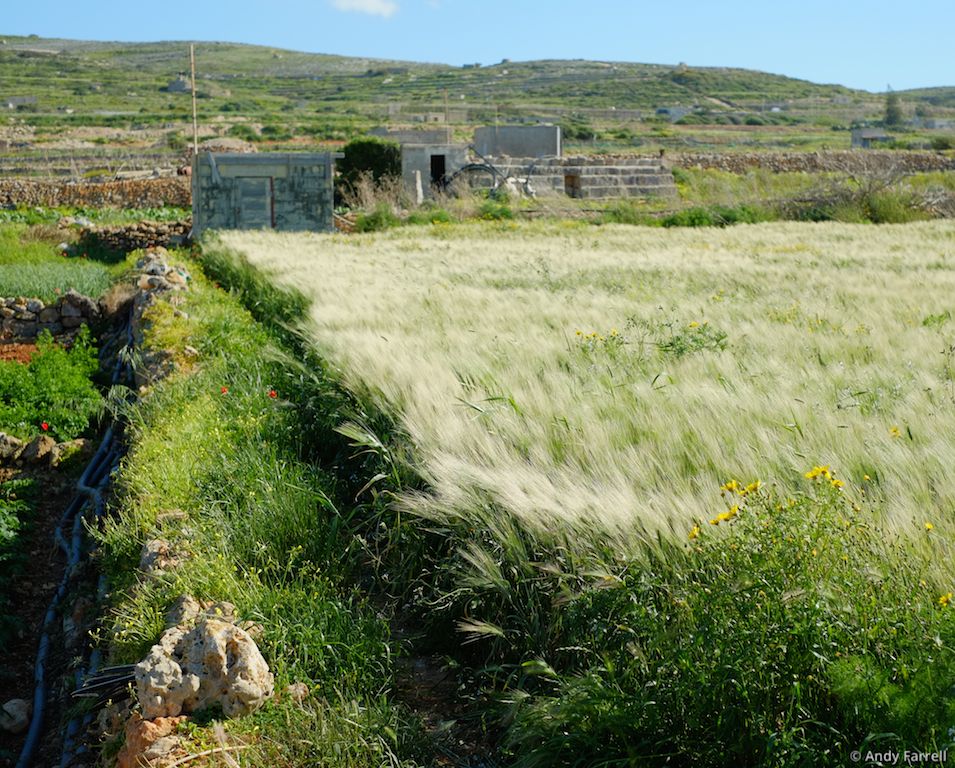 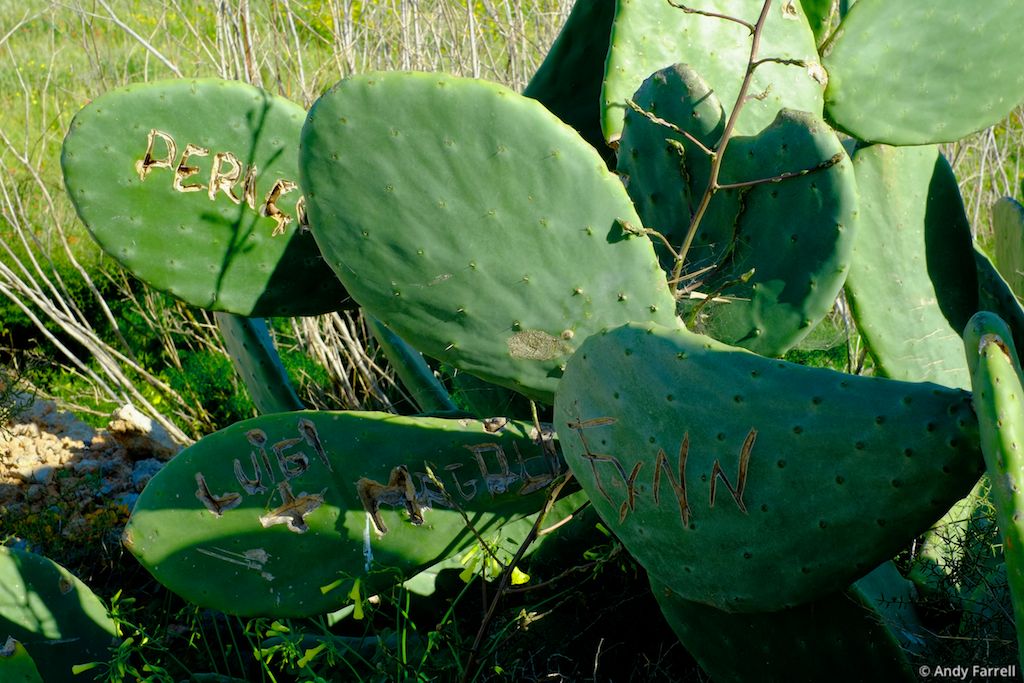 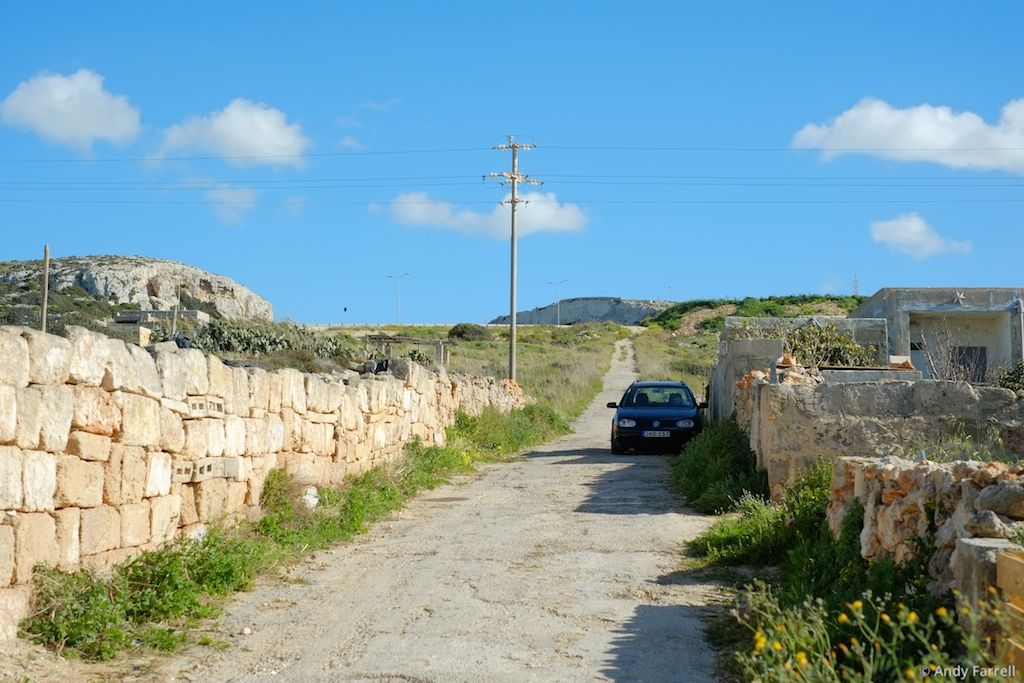 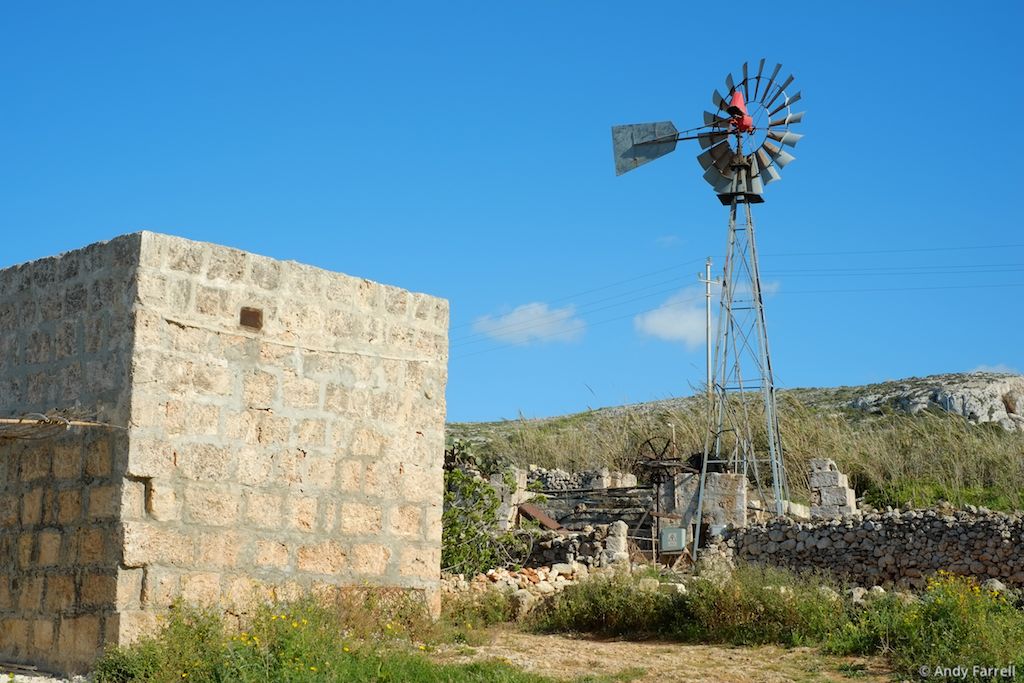 The day was almost over, so I headed back to Valletta, to get the bus back to the flat. I was quite amused to see some cats hanging around the bus station. 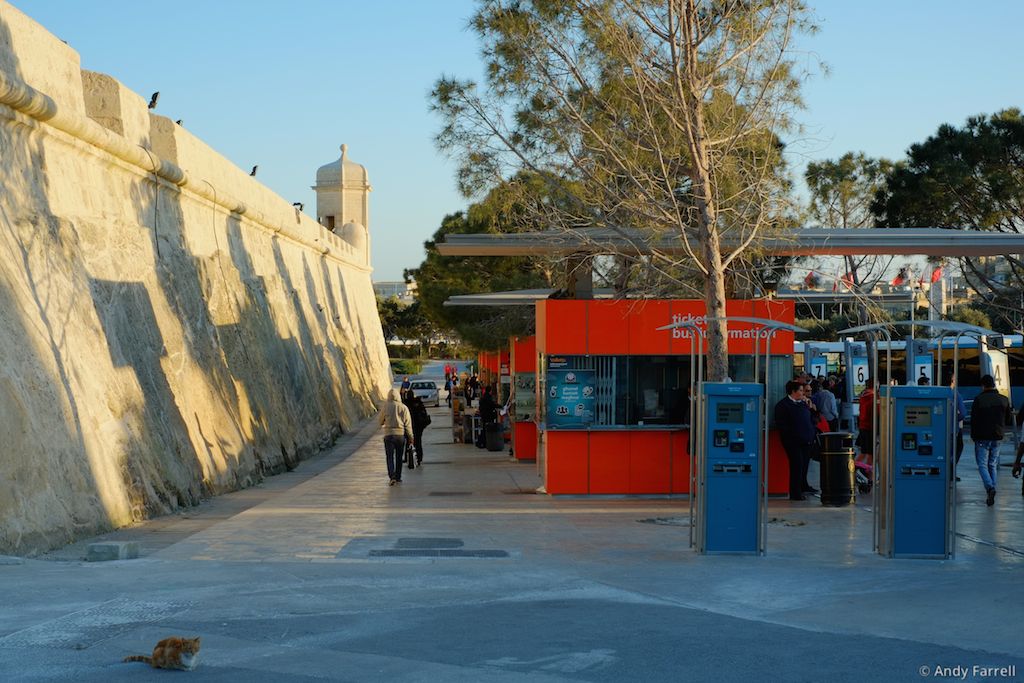