Hunstanton is a town on the west coast of Norfolk. It's one of the only places in the east of England where you can watch the sun set over the sea, and is home to some interesting red-and-white cliffs.

The weather forecast was more promising today than last time, so I decided to drive over to Hunstanton again. The sun was shining almost all the way there, but annoyingly, clouds began to appear not long after I arrived. Still, lightly overcast certainly beats heavy overcast and freezing cold rain and wind, and the number of people on the beach compared to last time reflects this.

Starting at the path down to the beach near the lighthouse, it's about an hour and a half round trip along the beach and up the stairs near the town centre. 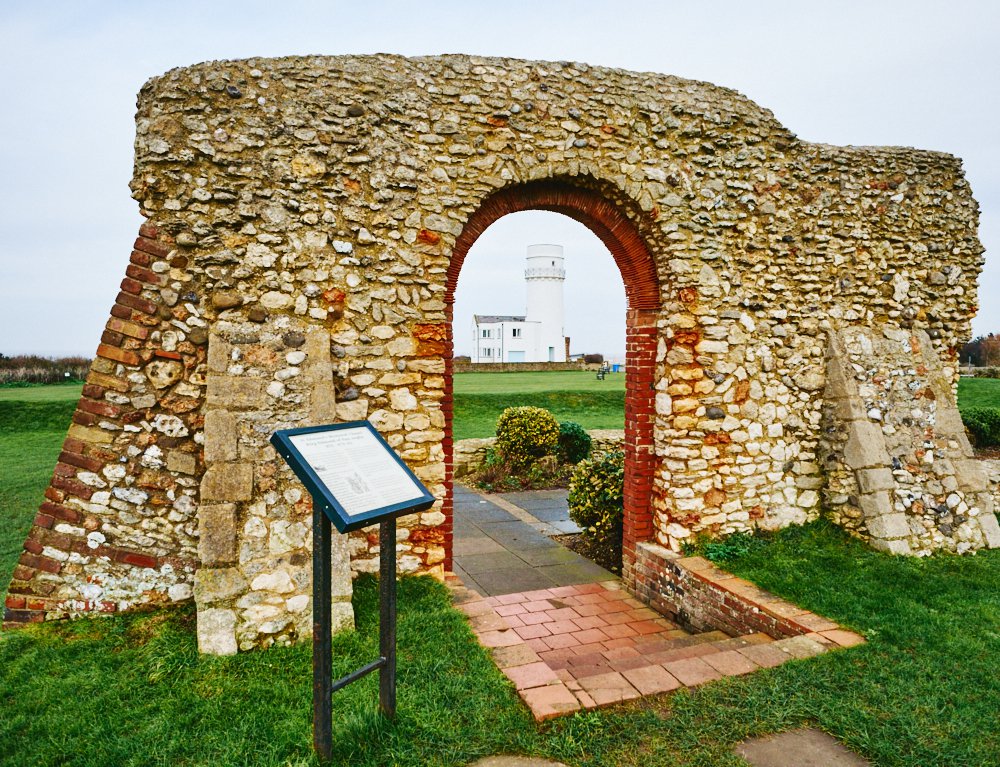 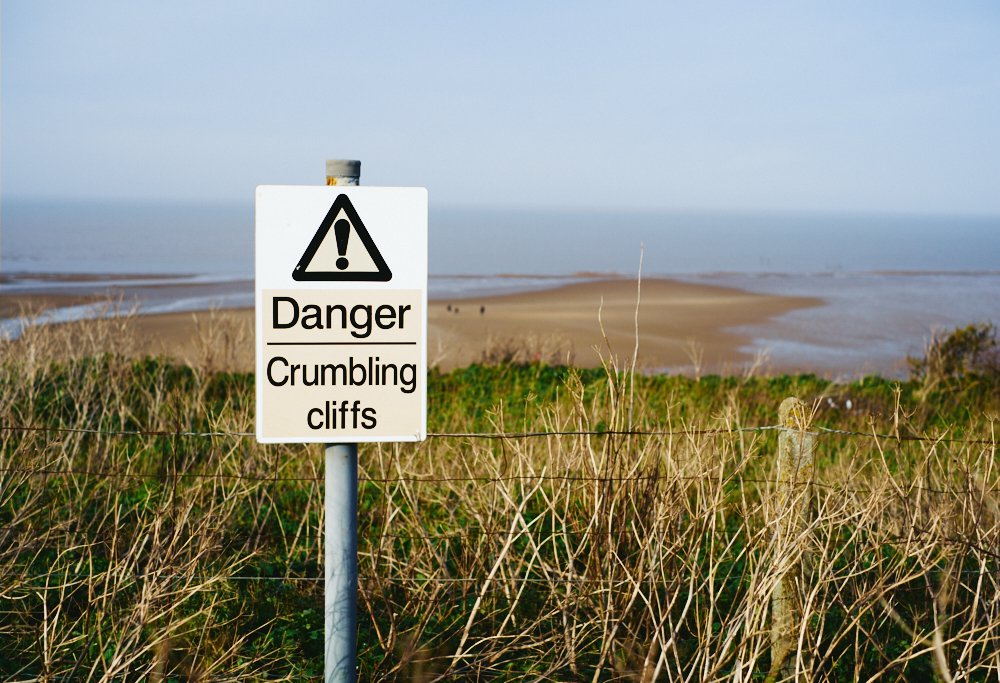 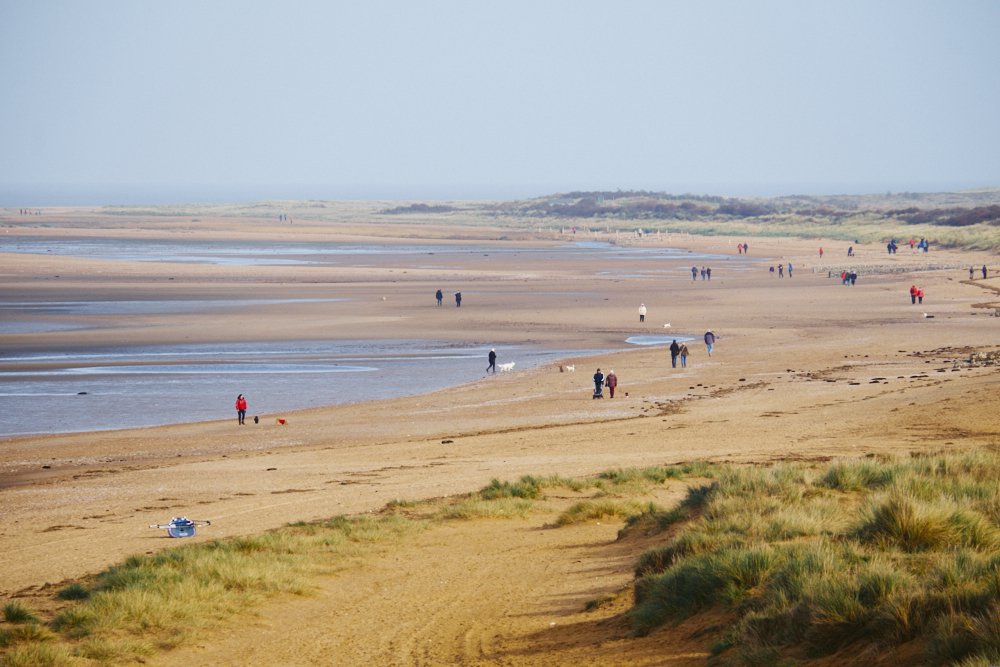 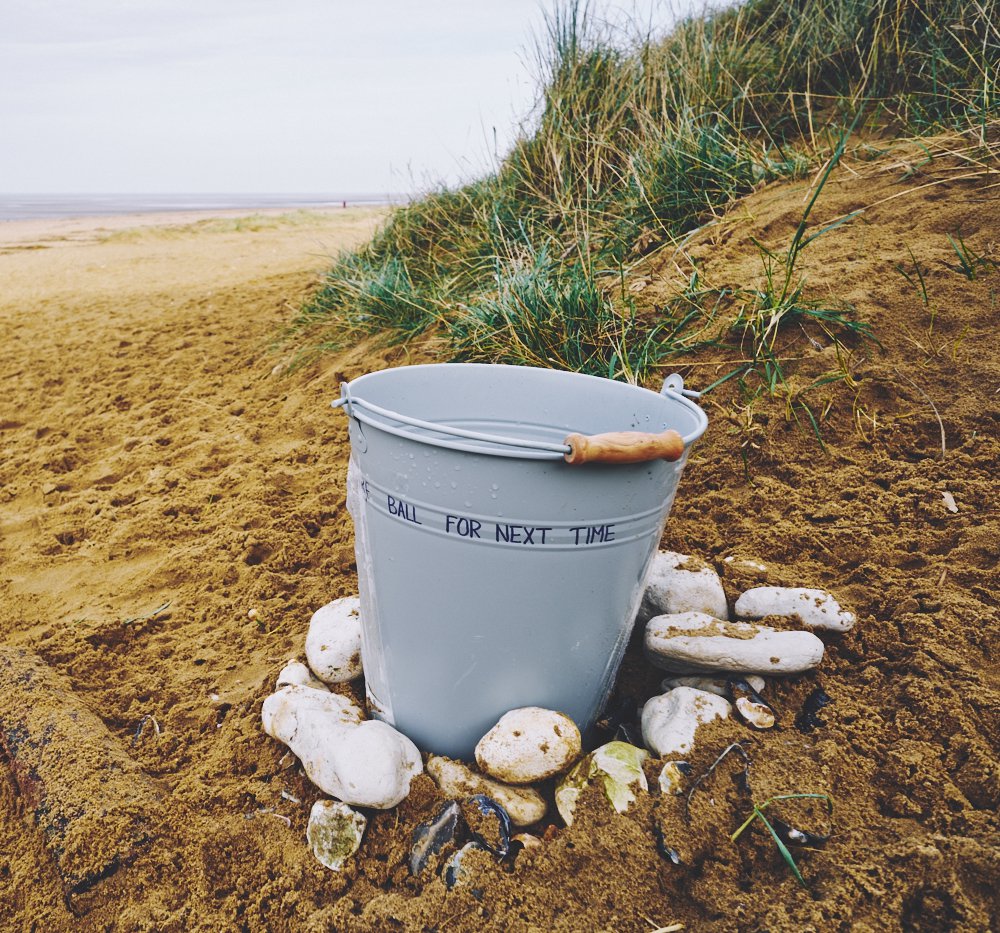 ball for next time 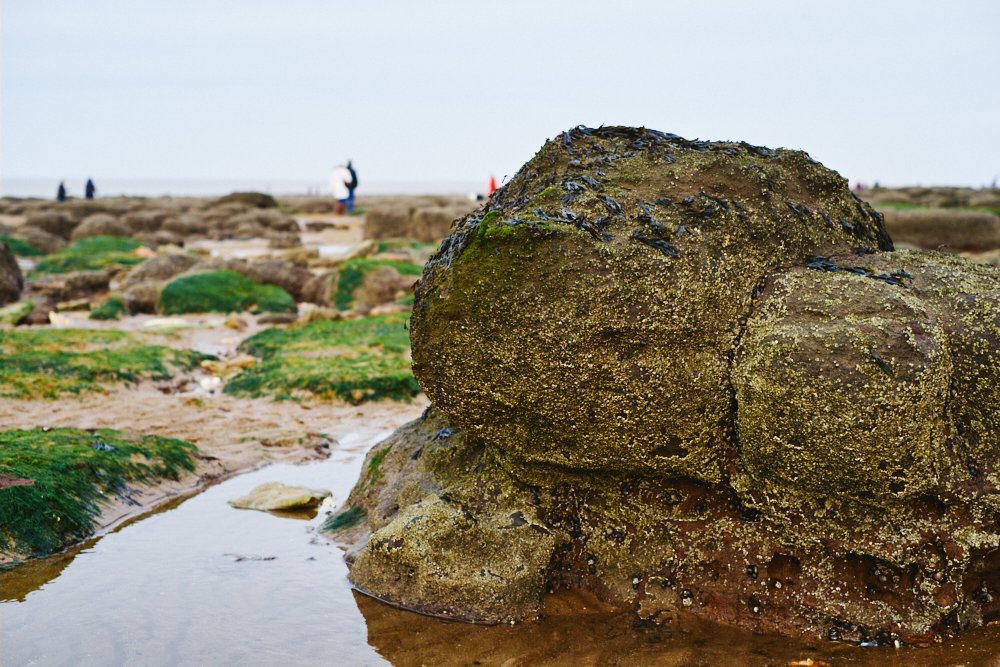 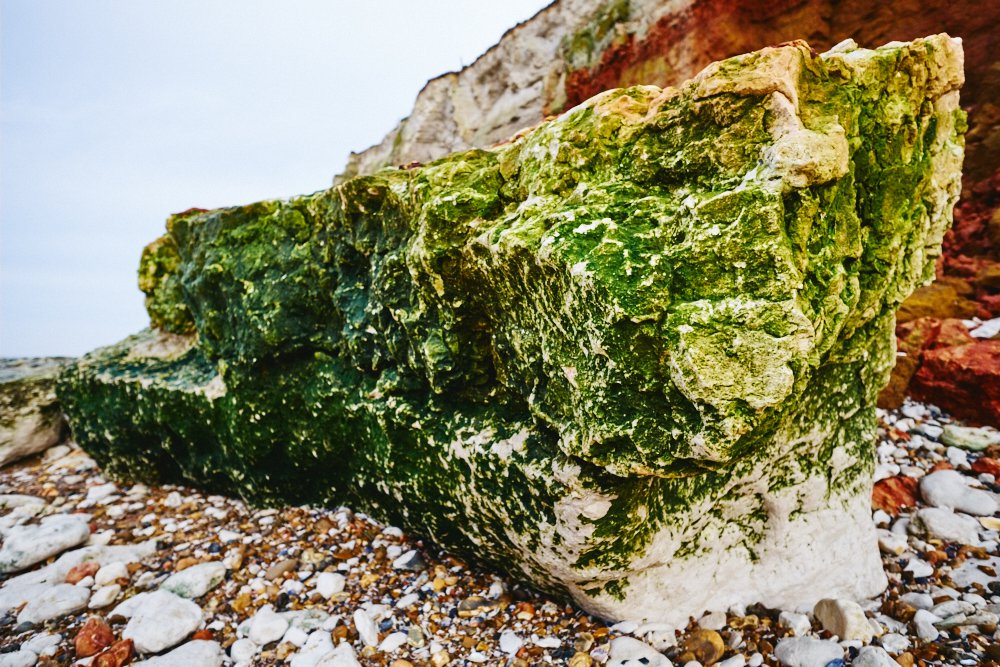 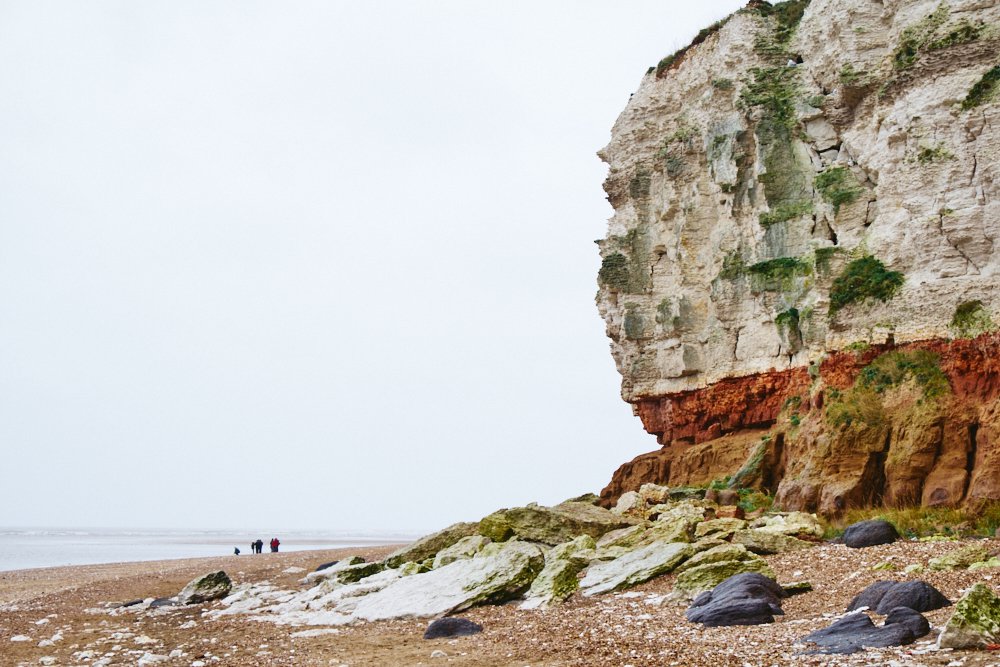 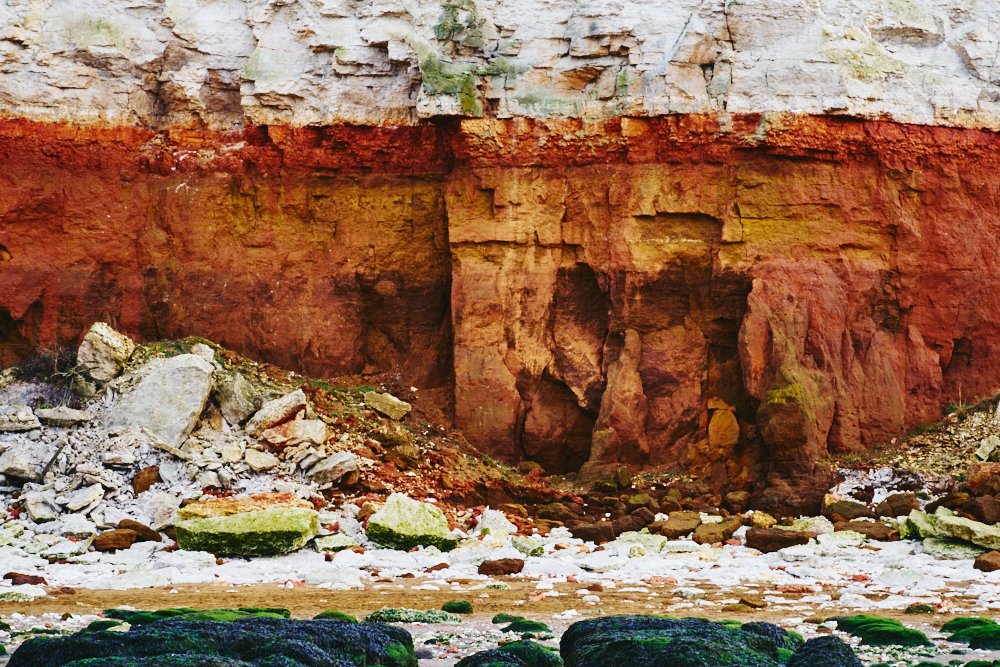 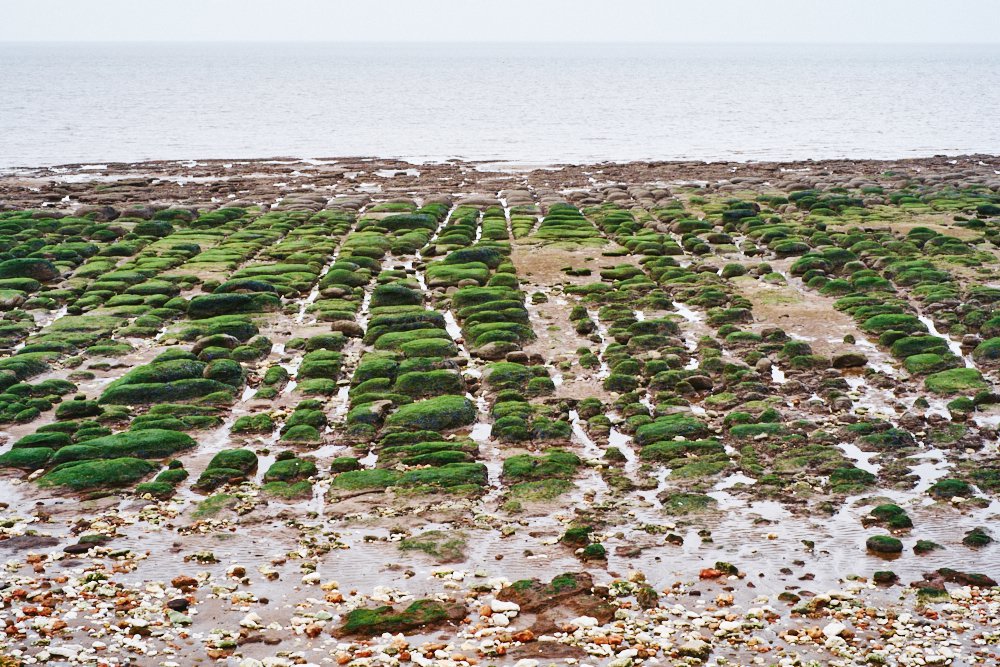 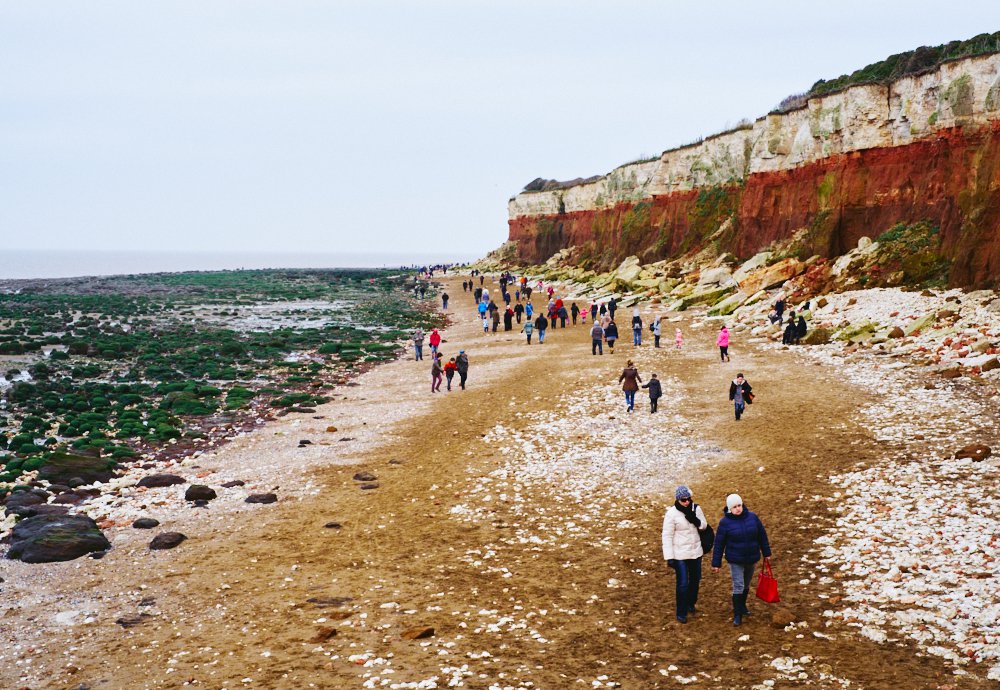 I also saw the unfortunate sperm whale that had become stranded on the beach and died. 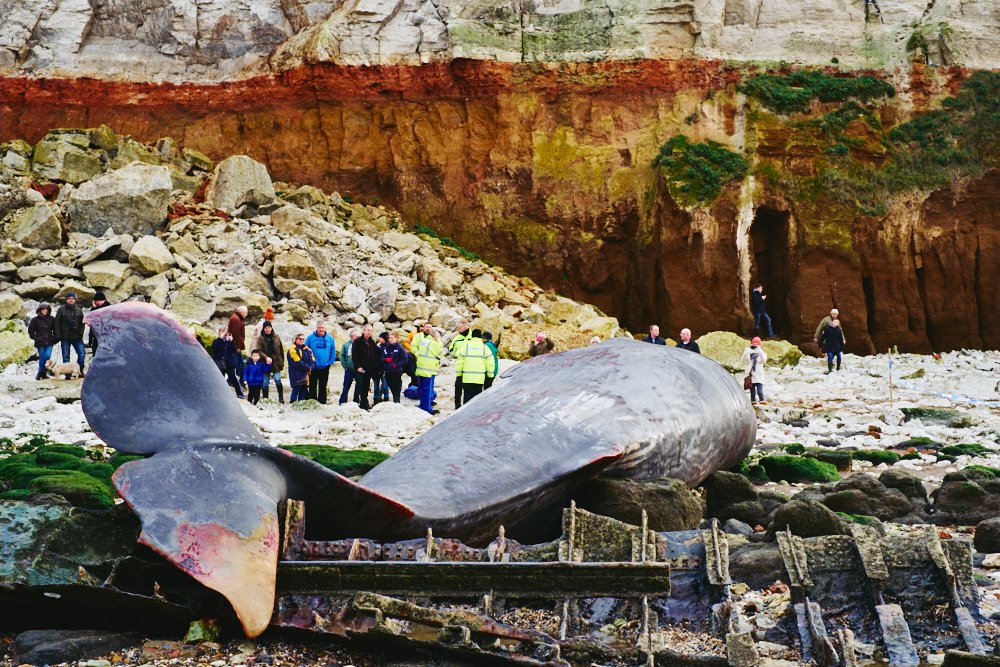