Saturday was a bit of a gamble, weather-wise – originally forecast to be a toasty 29°, this was later amended to warn of possible storms, so the employer-organised picnic Zoe and I were going to in London was cancelled. Having already bought our train tickets, we decided to have a day out in London anyway, and have lunch with my brother and his girlfriend. 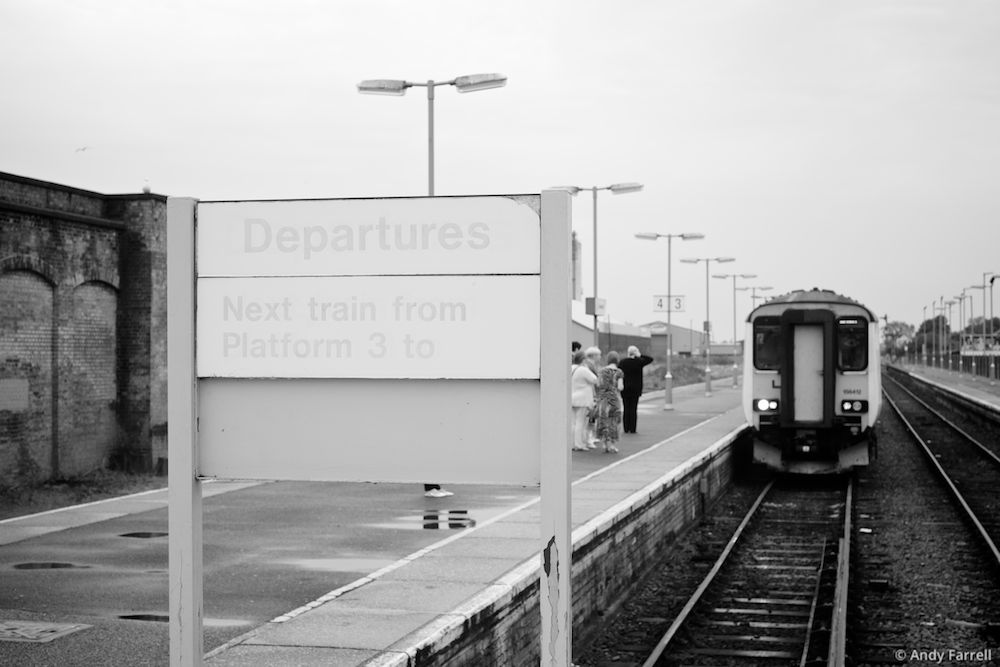 Street photography has always been one of my main interests, along with the more general idea of documentary photography: capturing life, in moments and in its impact on things. One of the reasons I bought my 25mm f⁄4 Snapshot-Skopar was to enable a kind of ‘decisive moment’ shooting – being able to pre-set aperture, focus and exposure compensation so the camera is ready to shoot immediately when the situation arises, with no shutter lag. 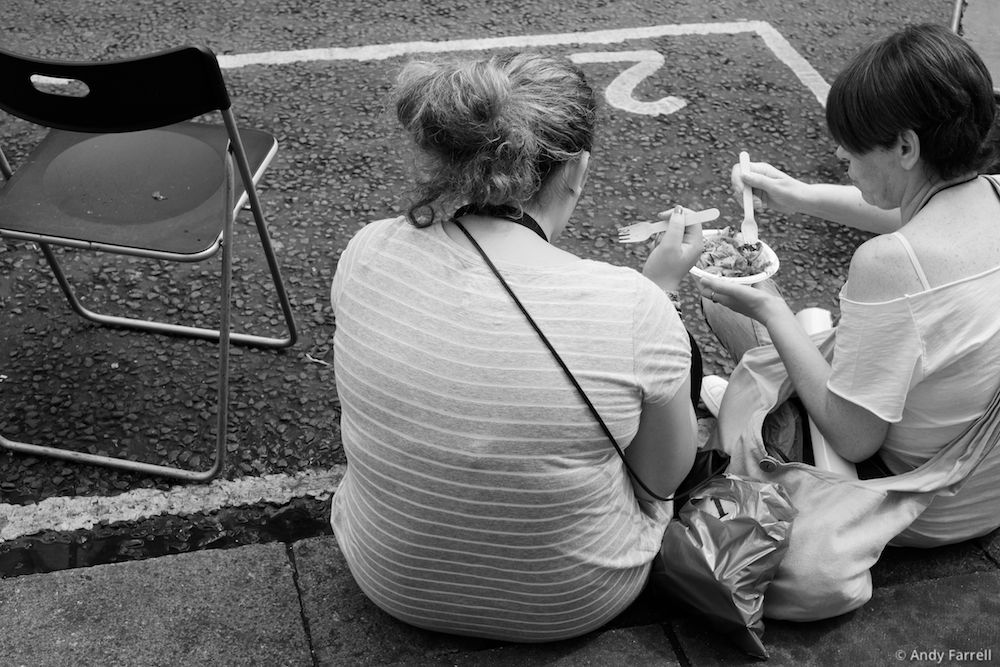 Of course, I’m still learning how to do this well, as despite my interest in this kind of photography, I’ve not actually practiced it much, and in fact hardly at all with my Fuji cameras – previously I’d used a Ricoh GR-D III, and while it’s a very responsive camera, able to be set up for street shooting, its small sensor is a bit limiting and ‘rough’. Along with the smoother tonality of a larger sensor comes a related downside: focus needs to be more precise, since depth of field is much more limited, and it’s here that I’m currently struggling the most: I am pretty bad at estimating distances for zone focussing. As a crutch, I adhere to the old ‘f⁄8 and be there’ adage, basically using a large enough depth of field that I don’t need to worry about accurate focus. 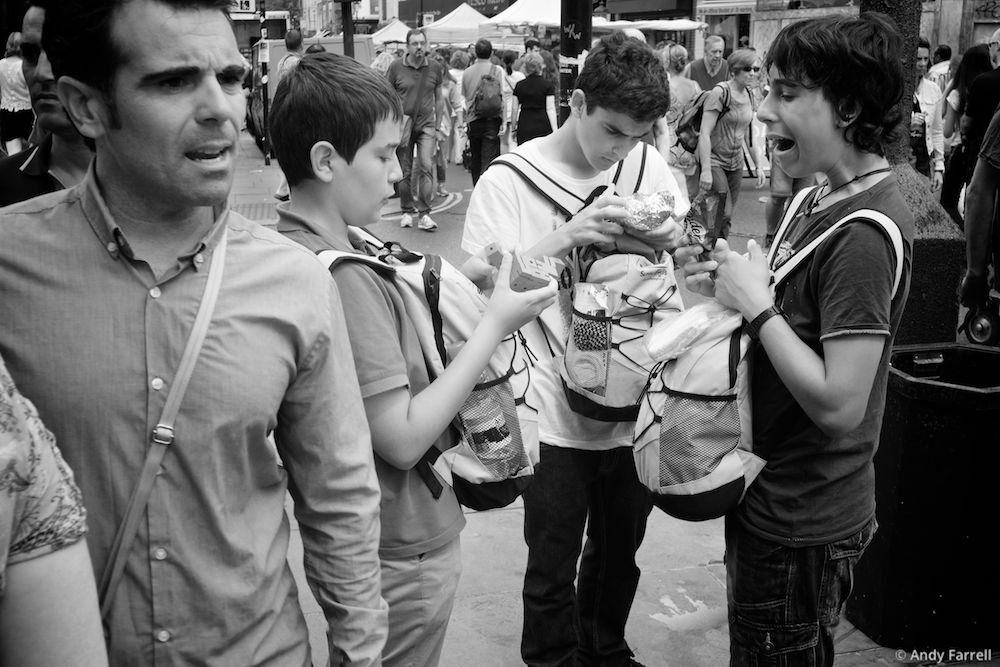 It has its downsides, of course: distracting backgrounds like in the above image can’t just be blurred to obliteration, so instead they must be integrated into the composition, which is quite a challenge in this sort of fast-changing environment. 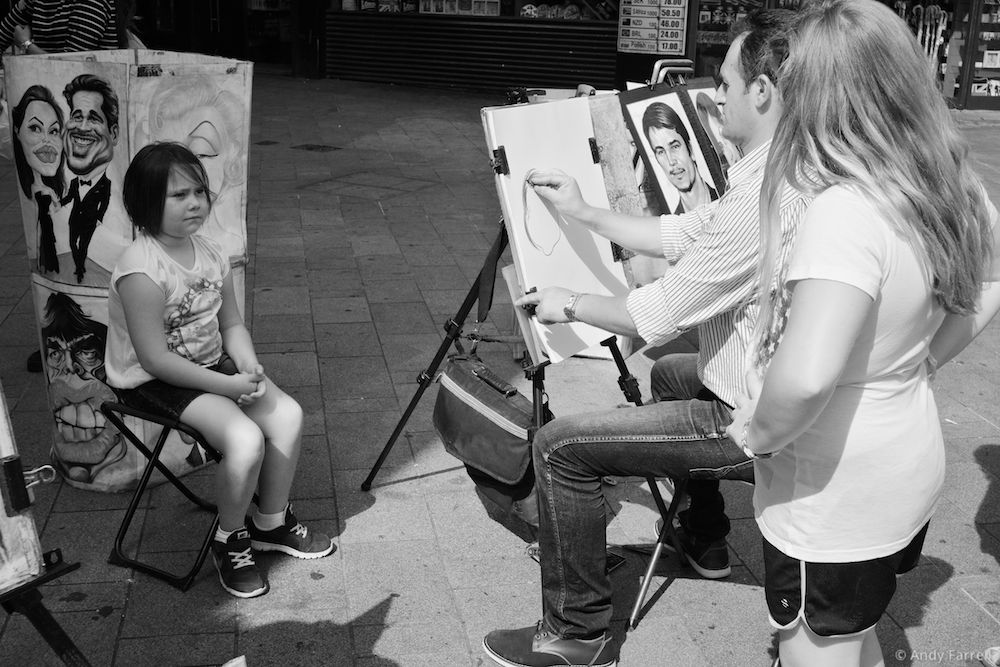 Sometimes you get lucky with a non-distracting background. 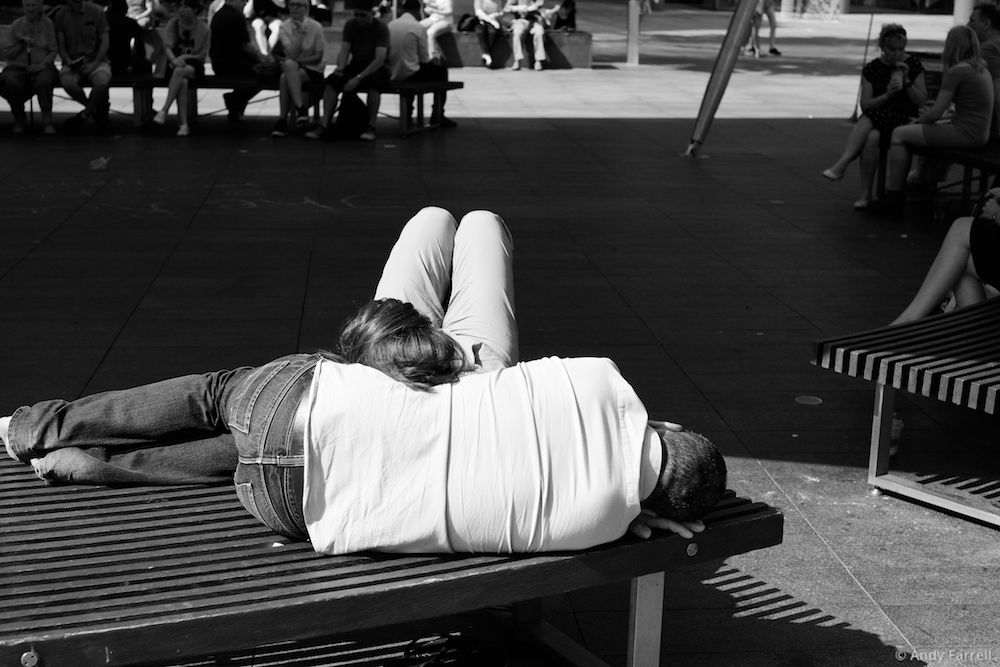 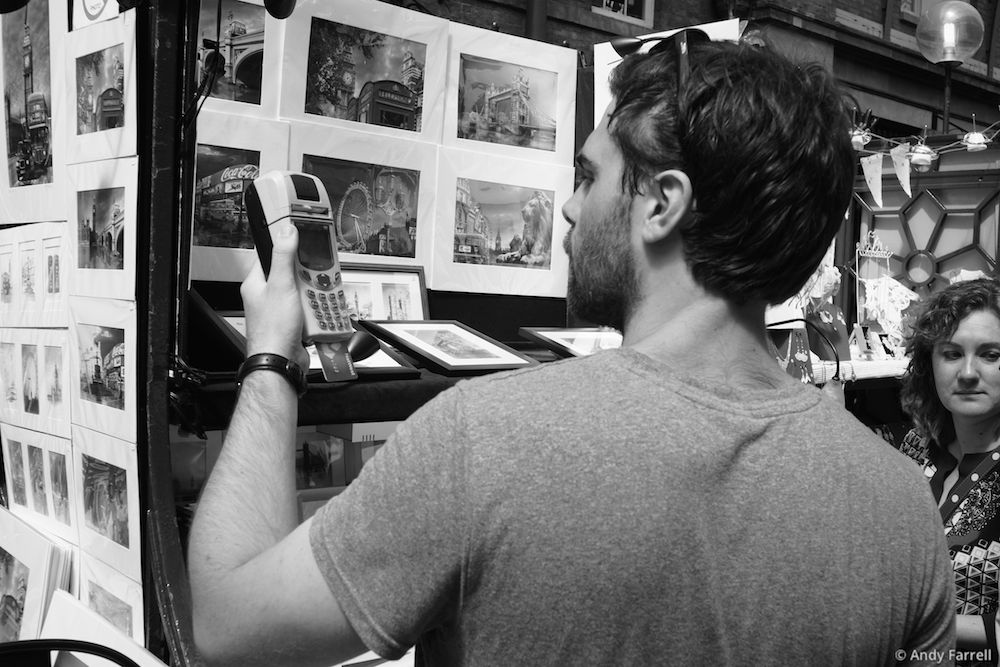 Maybe this would have been better if focus was more on the man than the background, I’m not sure. 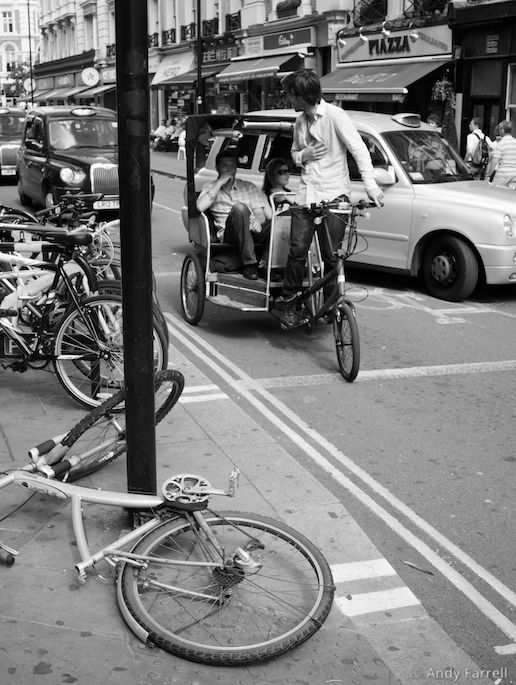 For subjects like this, the 3 metre focus detent on the Snapshot-Skopar is perfect. 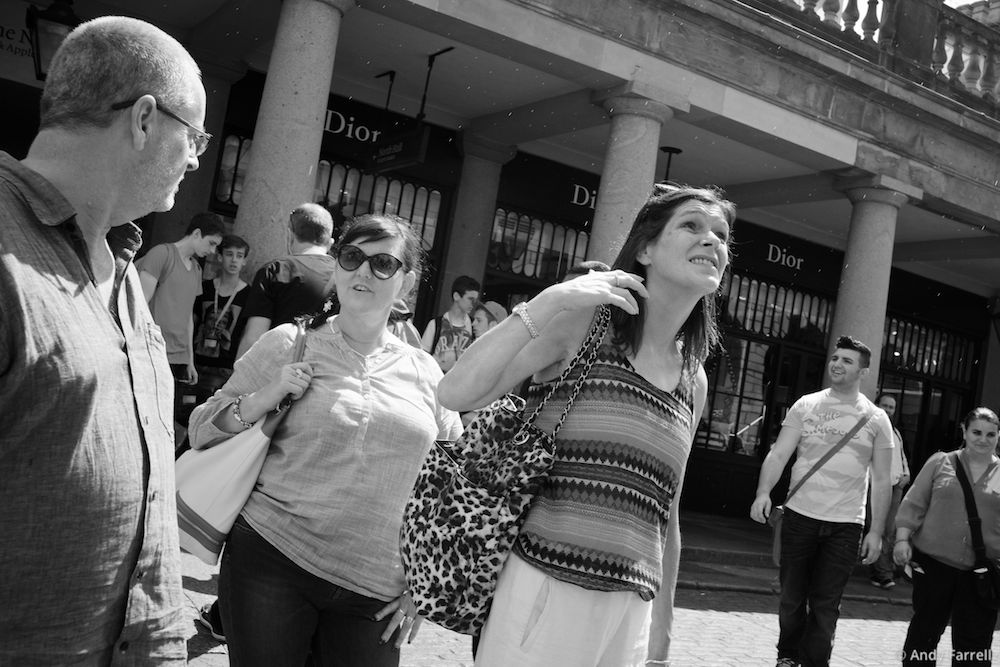 This one was taken at the 1.5m detent, so the background is detectably (but not much) out of focus. 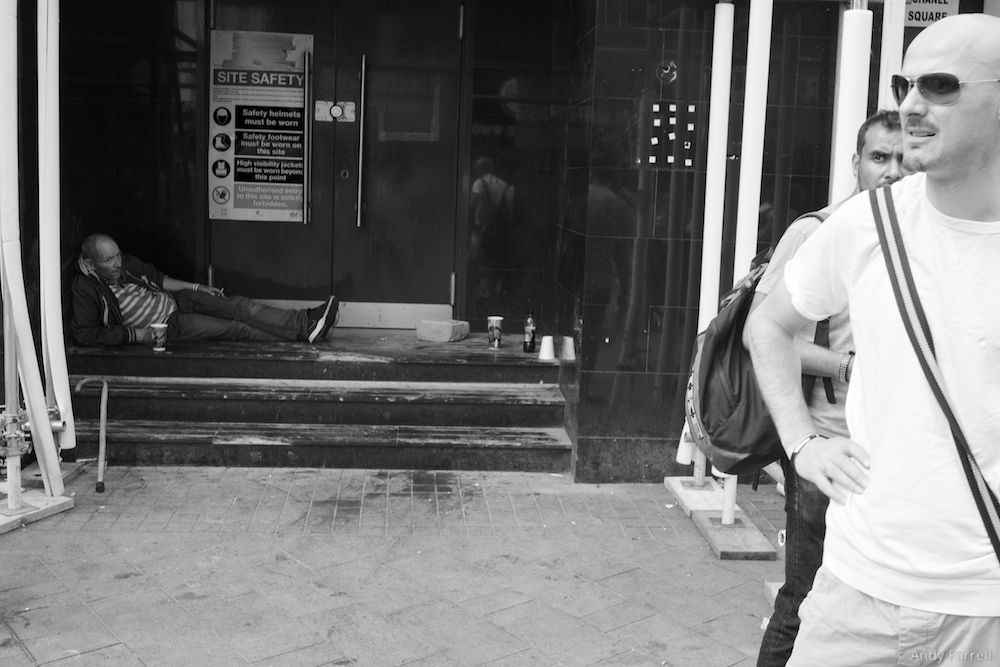 Cheating a bit by not having the foreground and background overlap. 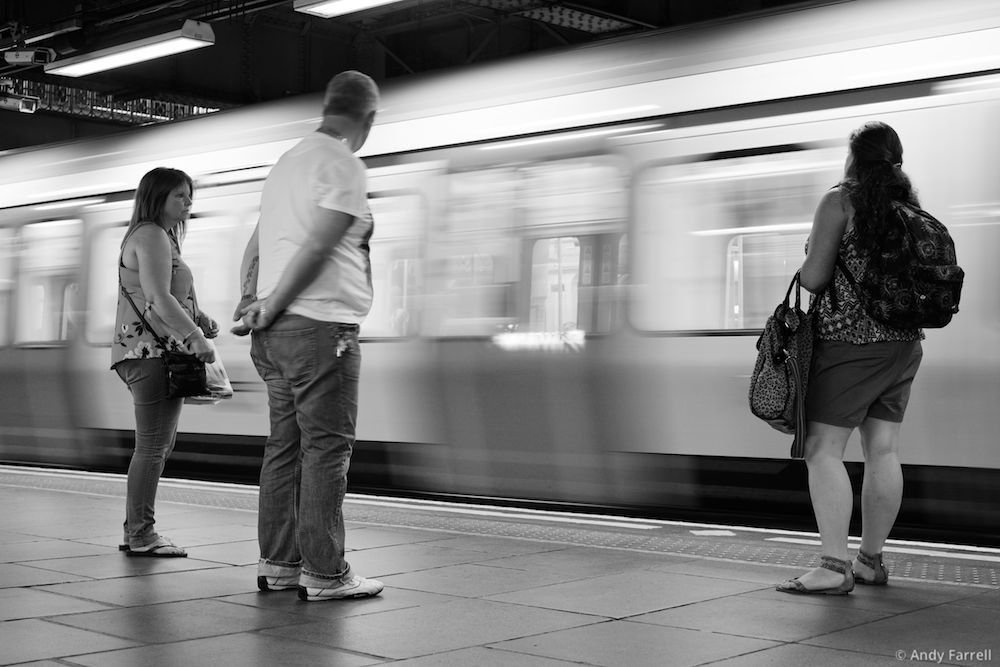 If you can’t throw the background out of focus, you could try blurring it in other ways. 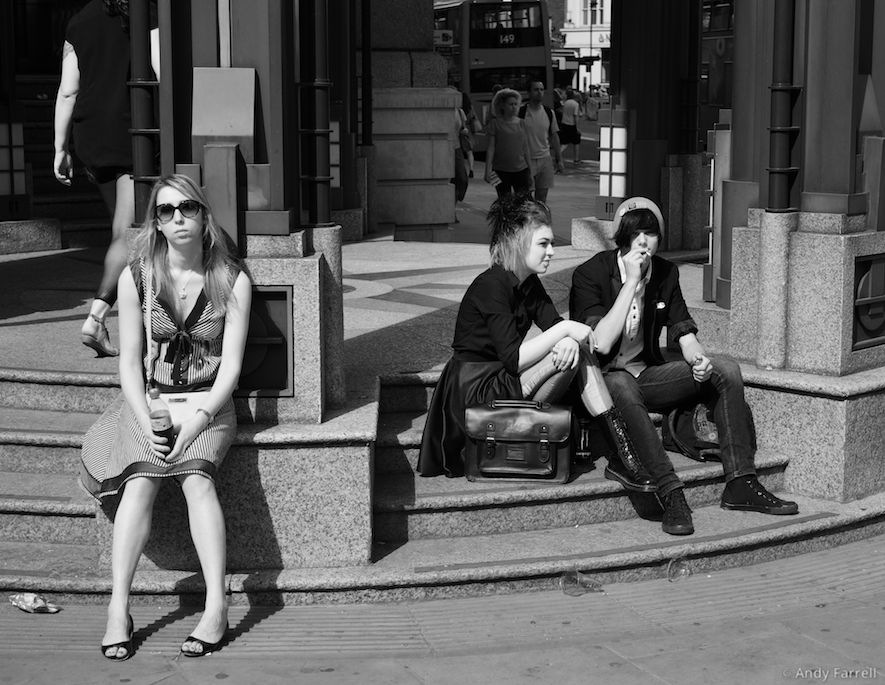 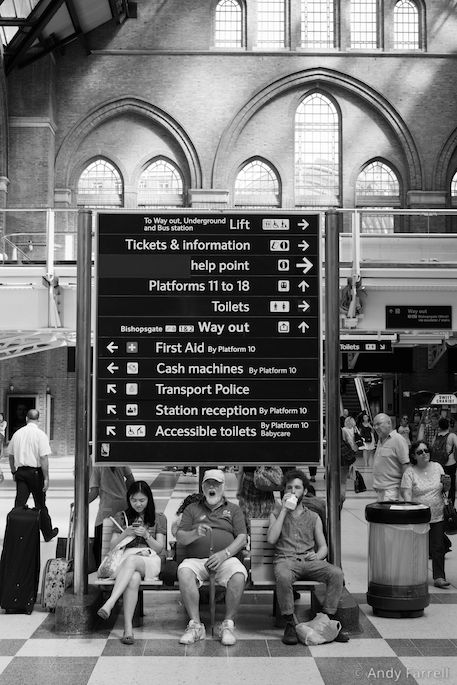