Much like last week, the weather this week was mostly grey and dull, making me really feel the onset of winter, and its associated emotional blues. This led me to poke around with some monochrome conversions in Capture One, and on a whim I tried a less contrasty one with a slightly brighter tone curve. I really like it, which is surprising to me because although I've often felt I should try to tone down the contrast a bit (in both mono and colour), up til now I've never really liked the results, thinking they looked too flat.

The look I'm aiming for now is... 'delicate'? I don't really understand how that's different from just 'lower contrast', but it's something I need to consider.

You'll also notice, perhaps, that the images have a very fine grain to them. I've pondered previously about this, and I'm coming around to the idea that grain is an aesthetic choice, and the fact that it's ostensibly an emulation of a physical property not inherent in digital sensors is, I think, unimportant. The sensor is not monochrome either, if you count the colour filter array as part of it, and like Robert Boyer points out in the comments to the linked OCOLOY post, even a default 'all settings at zero' conversion still has some kind of tone curve applied.

Perhaps in the end it comes down to intent: I make no claims that these photos were shot on a particular monochrome film; they are converted from RGB raw sensor data into monochrome images and have some texture added because I happen to think (albeit for reasons I don't fully understand) it looks nice; I haven't tried to make them look specifically like Neopan or Tri-X or whatever.

As for the content of the pictures, the big event this week was my trip to London for work. Getting up much earlier than usual for a three hour train ride isn't anyone's idea of fun, but being able to see my co-workers and boss in person is definitely worth it, as it's not an opportunity I get very often. Being treated to a pizza lunch was a nice bonus : ) 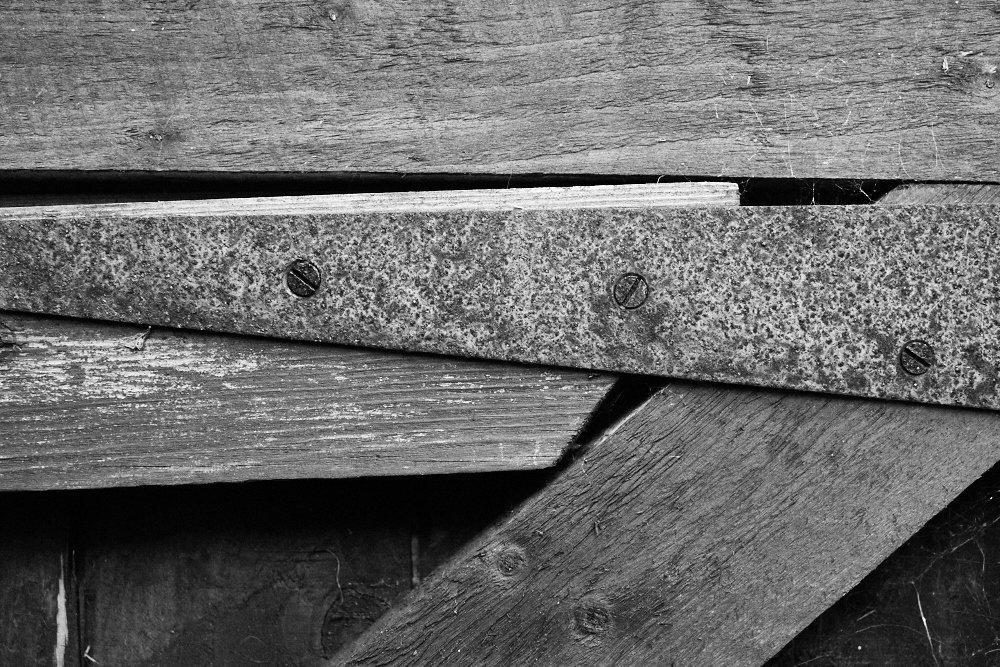 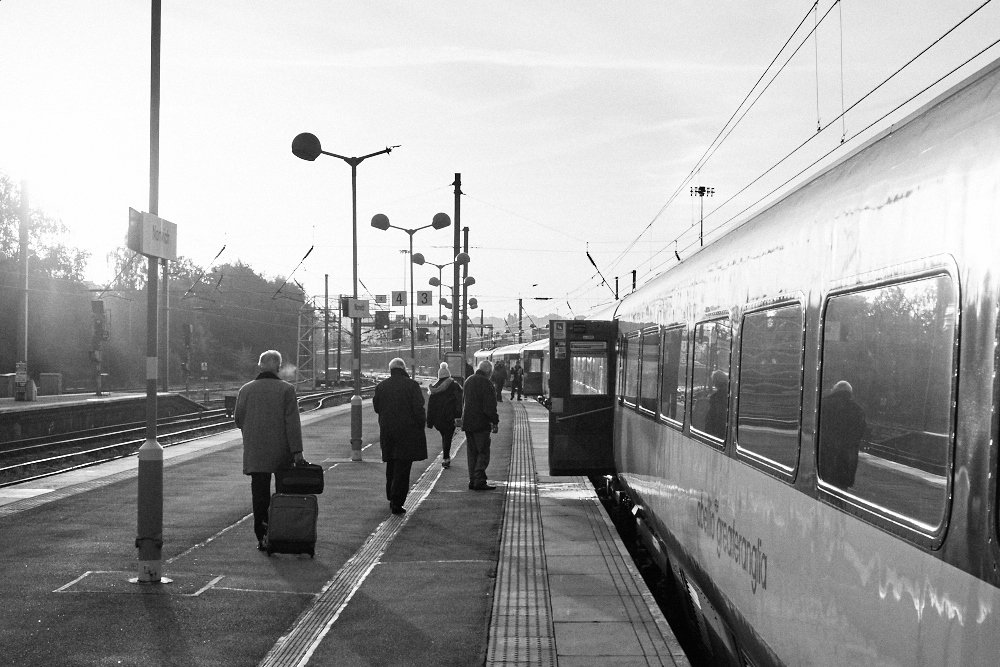 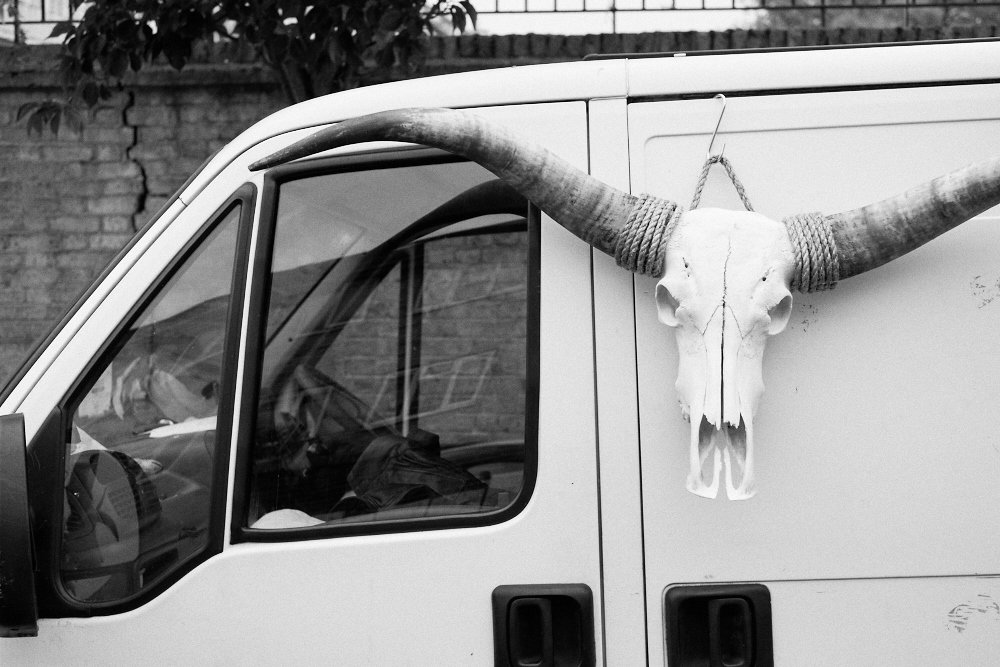 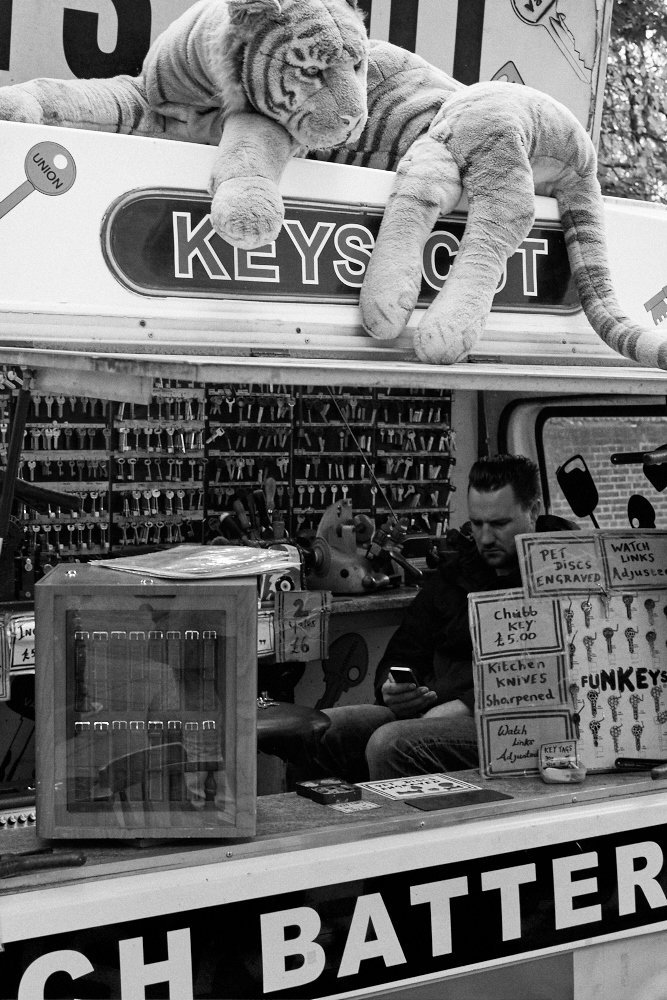 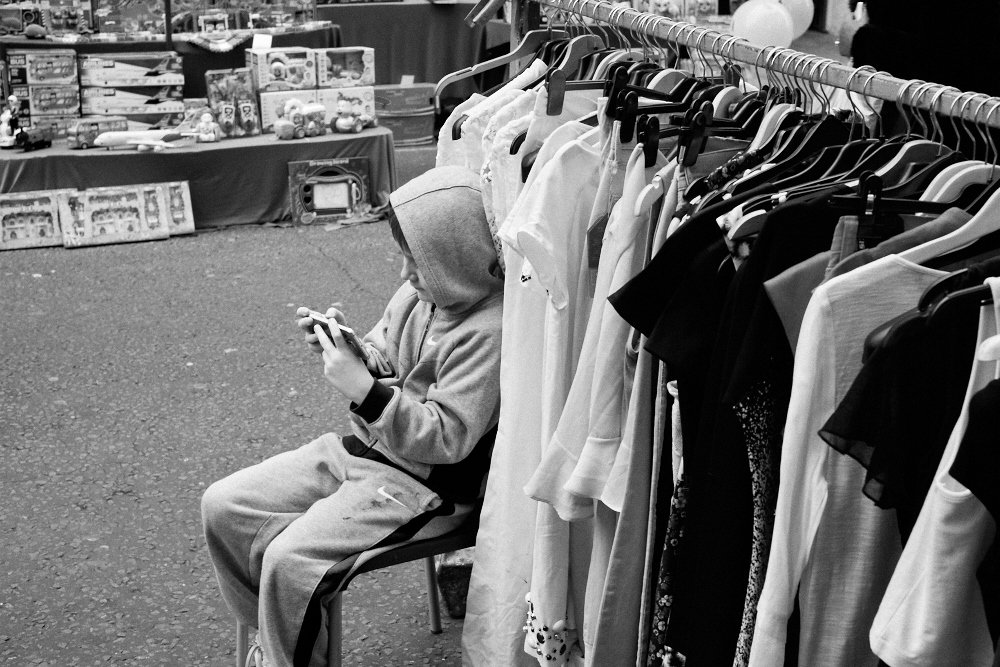 market boy on his phone 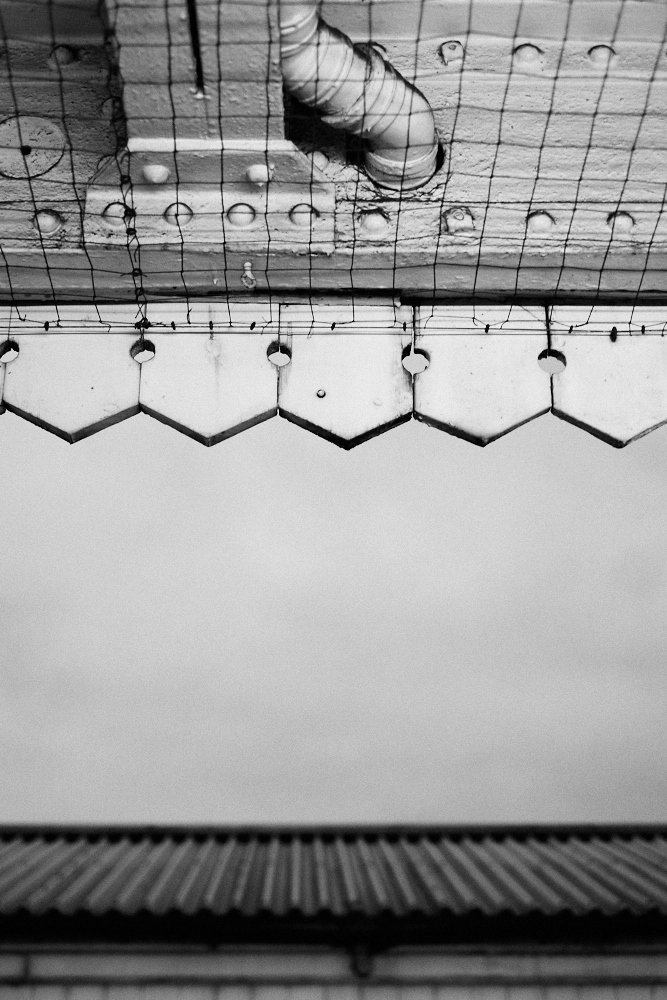 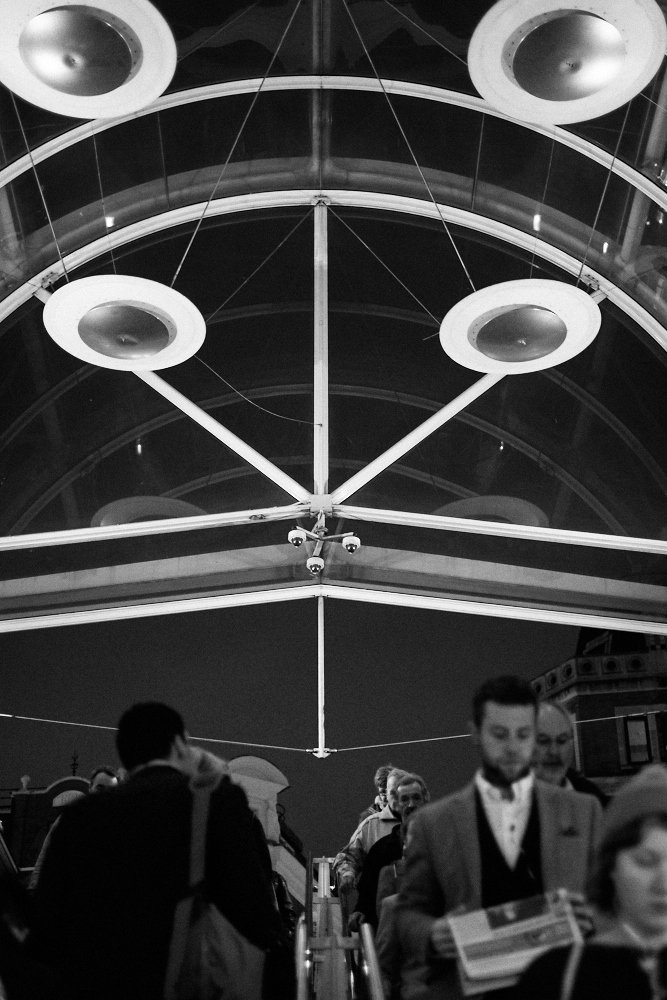