My fiancée Zoe and I moved house recently, to Carlton Colville, a small suburb south of Lowestoft, and one of the nicest things about it is that it’s only a short walk to the beach in nearby Pakefield. 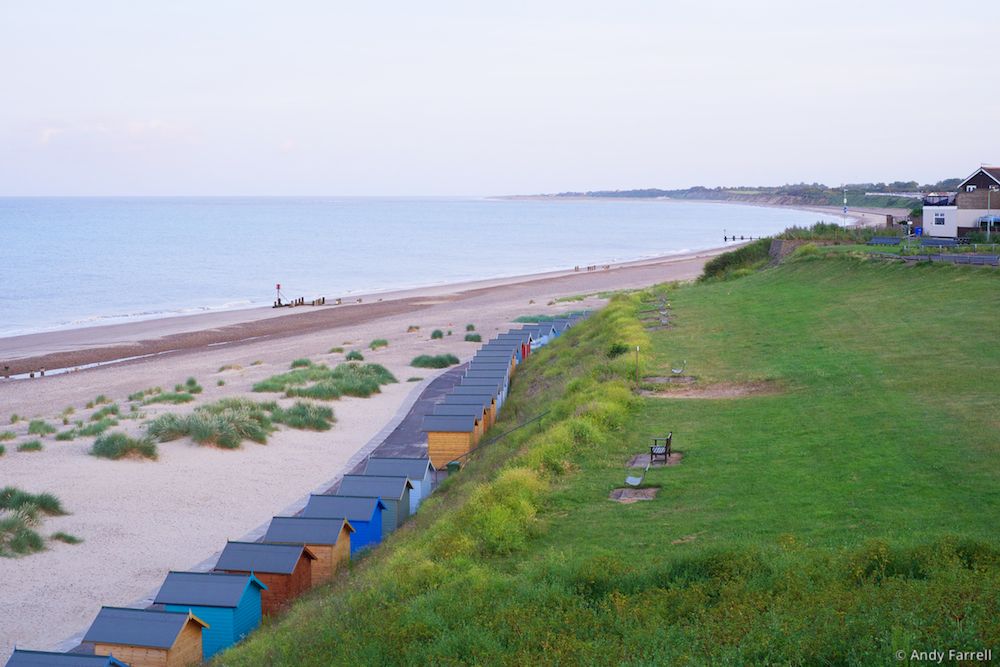 The view south along Pakefield beach 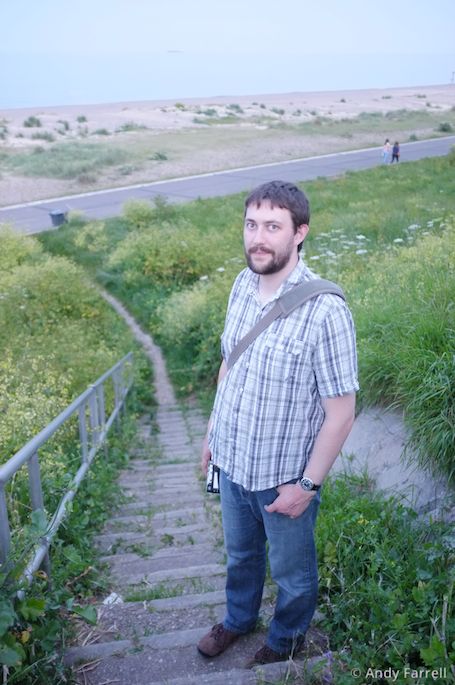 The beach is very well-maintained, qualifying for a Blue Flag, and as part of that, dogs are not allowed on it during the peak tourist season. 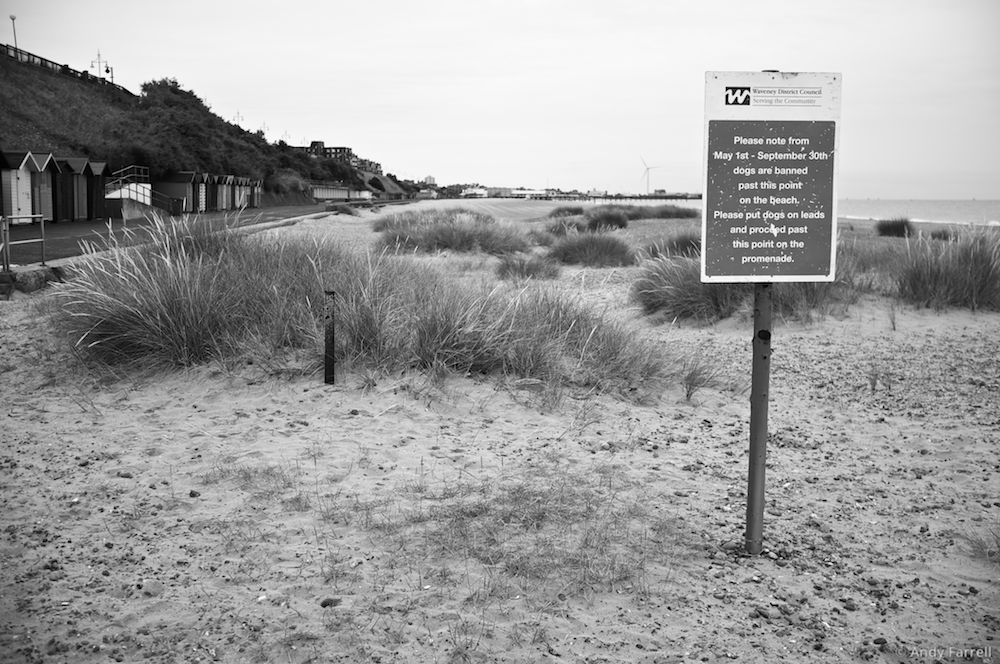 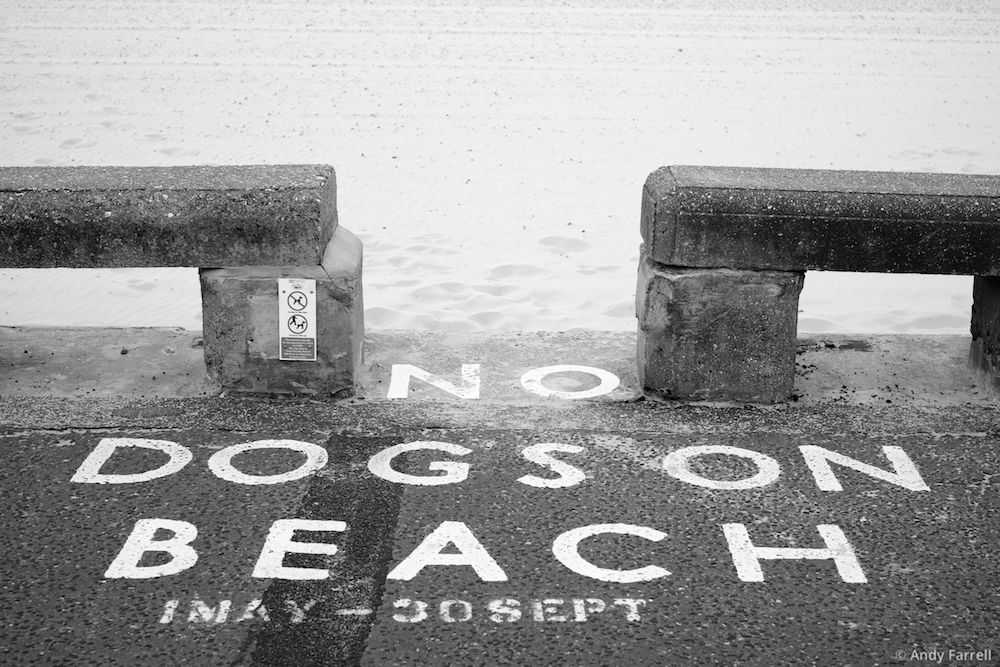 Cycling is also prohibited on the promenade (and presumably the beach). 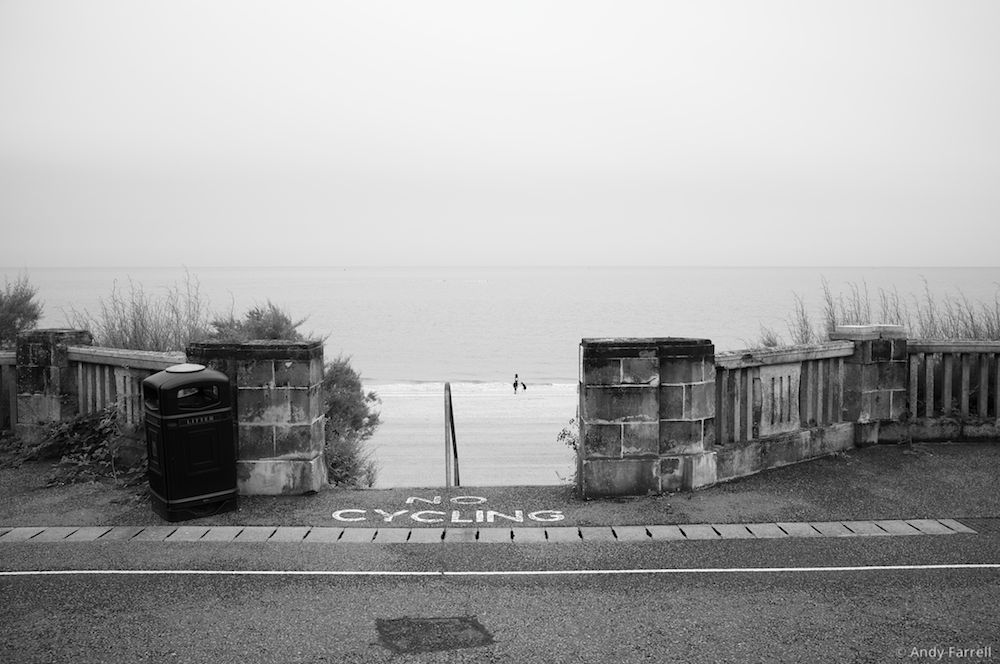 There must be some daring cyclists around here

Fortunately for cyclists, there is a path higher up for their use. 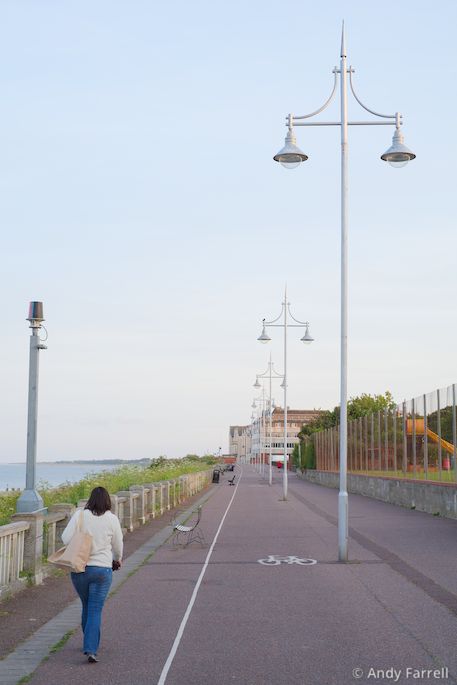 The upper promenade also offers a nice alternative view of the beach. 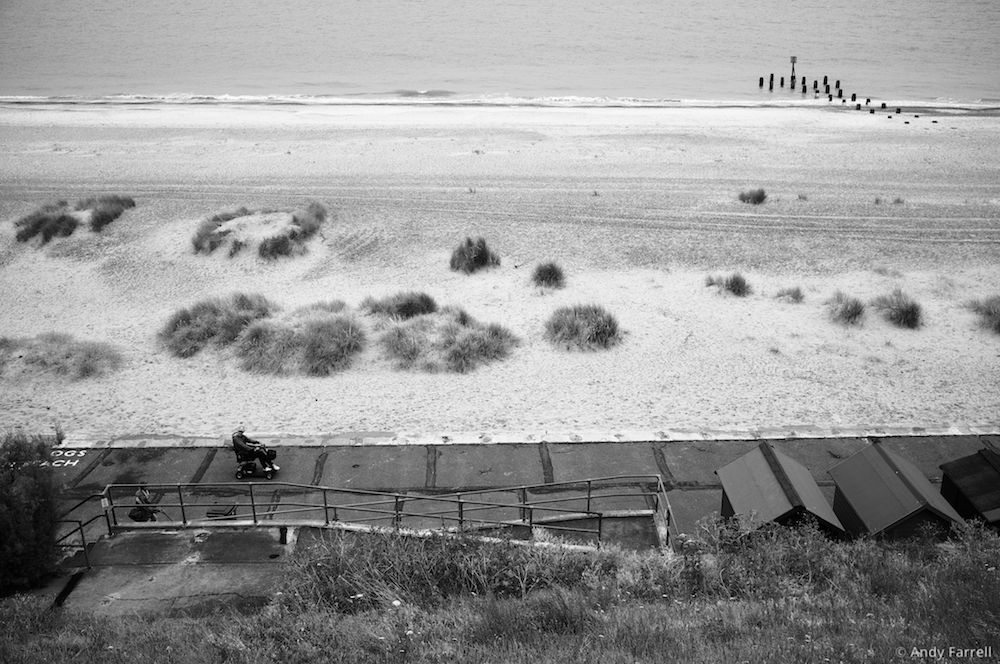 Being on the east coast, there’s no chance of any ‘sunset over the water’ photos, but the evenings still often present other opportunities. 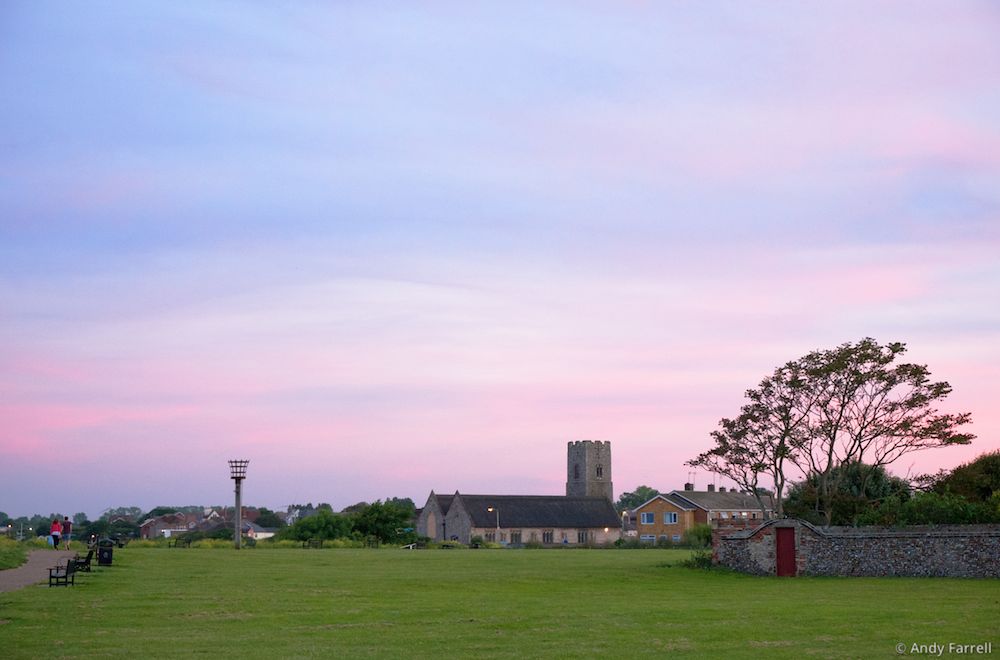