Heirlooms are pretty great if you just want to get from 1 – 90 as fast as possible. There are two problems with being decked out in a full set of standard heirlooms, though:

So, levelling my warlock and not wanting to be just another face in the crowd, but also not wanting to end up on anyone’s ignore list, I took some measures to ensure I made the right first impression. 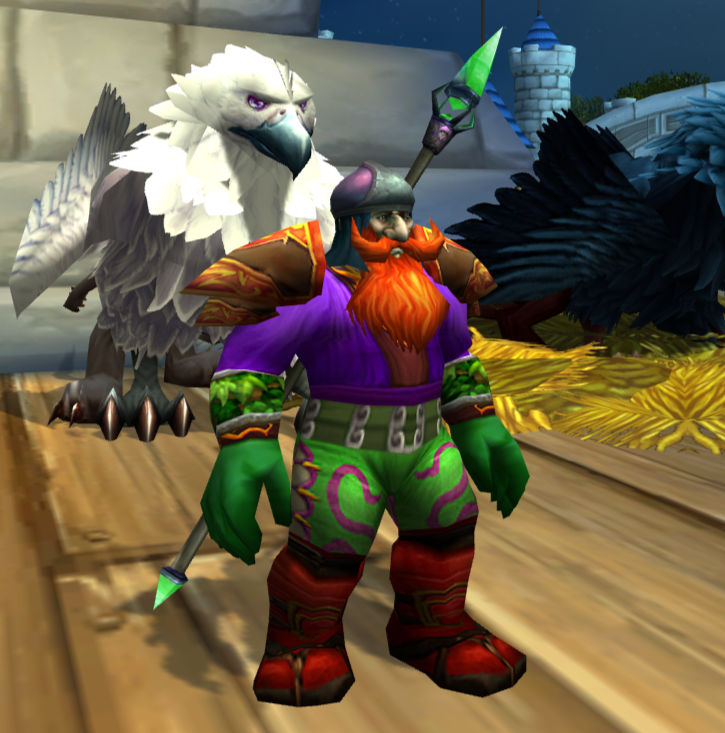