Not an especially aesthetically appealing day today, weather-wise, but I felt like going for a walk regardless. It’s good to get out of the house now and then, get some fresh air. 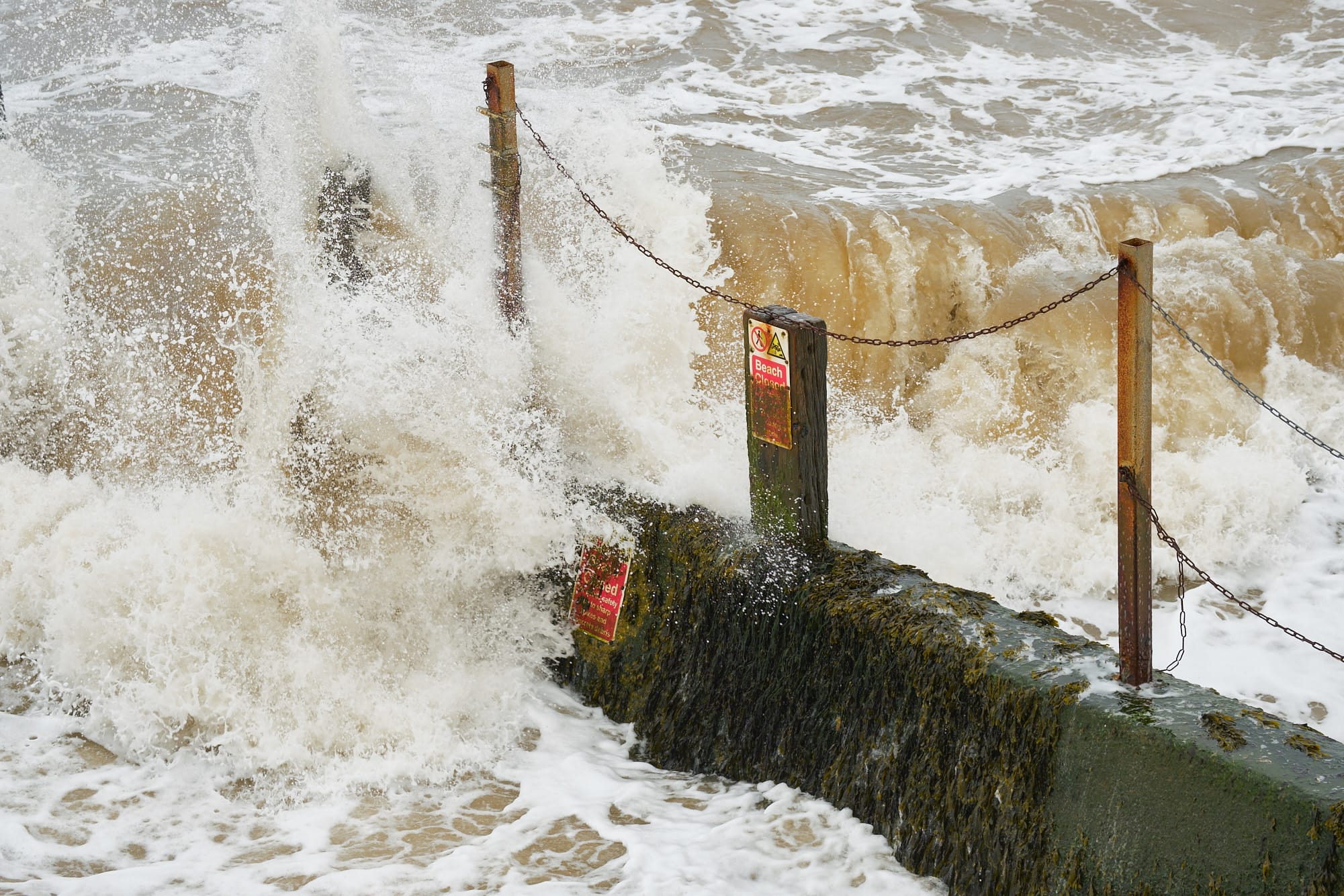 So, I headed out to Gunton, in the northern part of Lowestoft, starting near the North Denes caravan park. Along the seafront here there are lots of chunks of brick and concrete to break up the waves before they hit the sea wall. 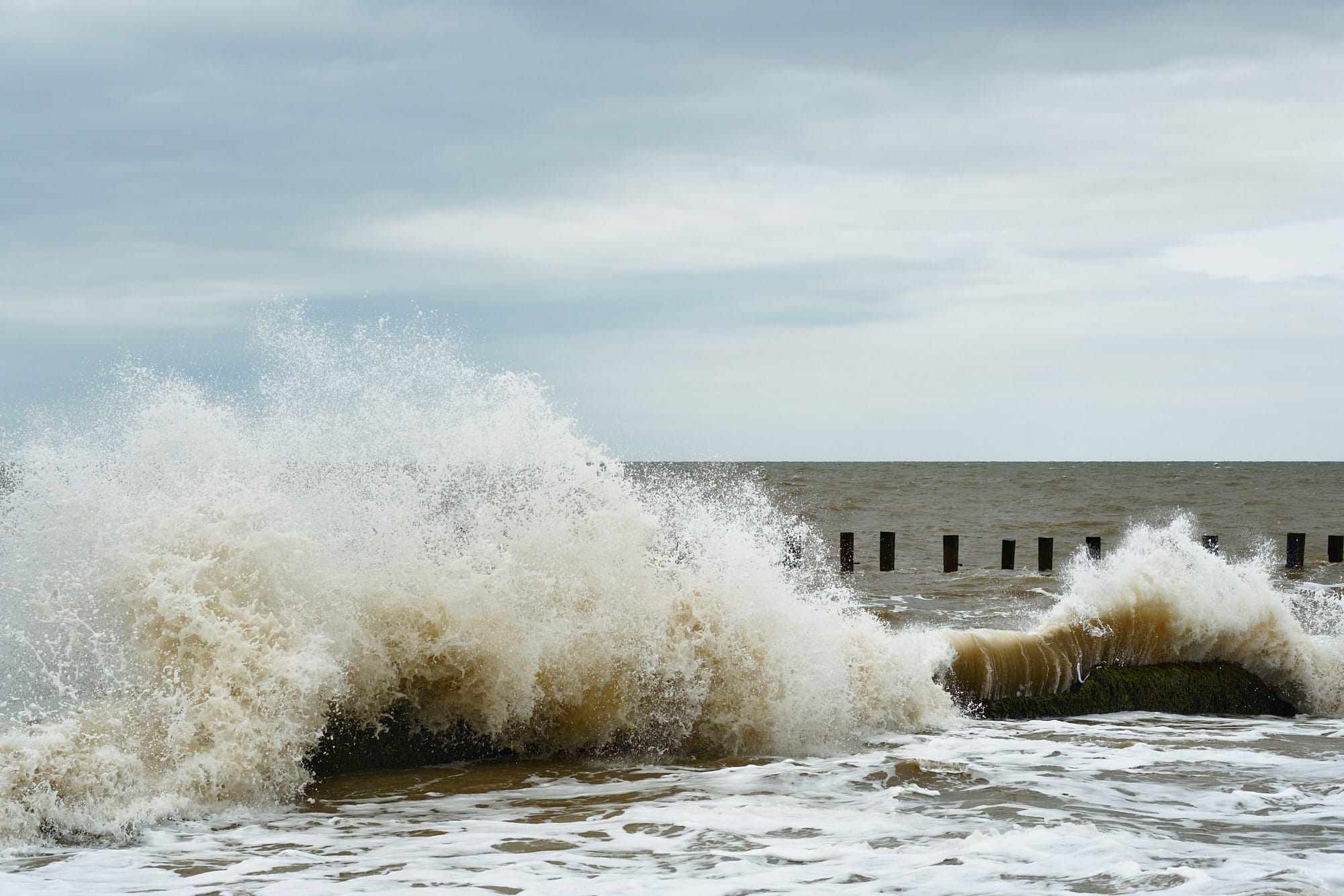 Further north the sea wall stops and there is just grassland and beach. And also a dead seal :( 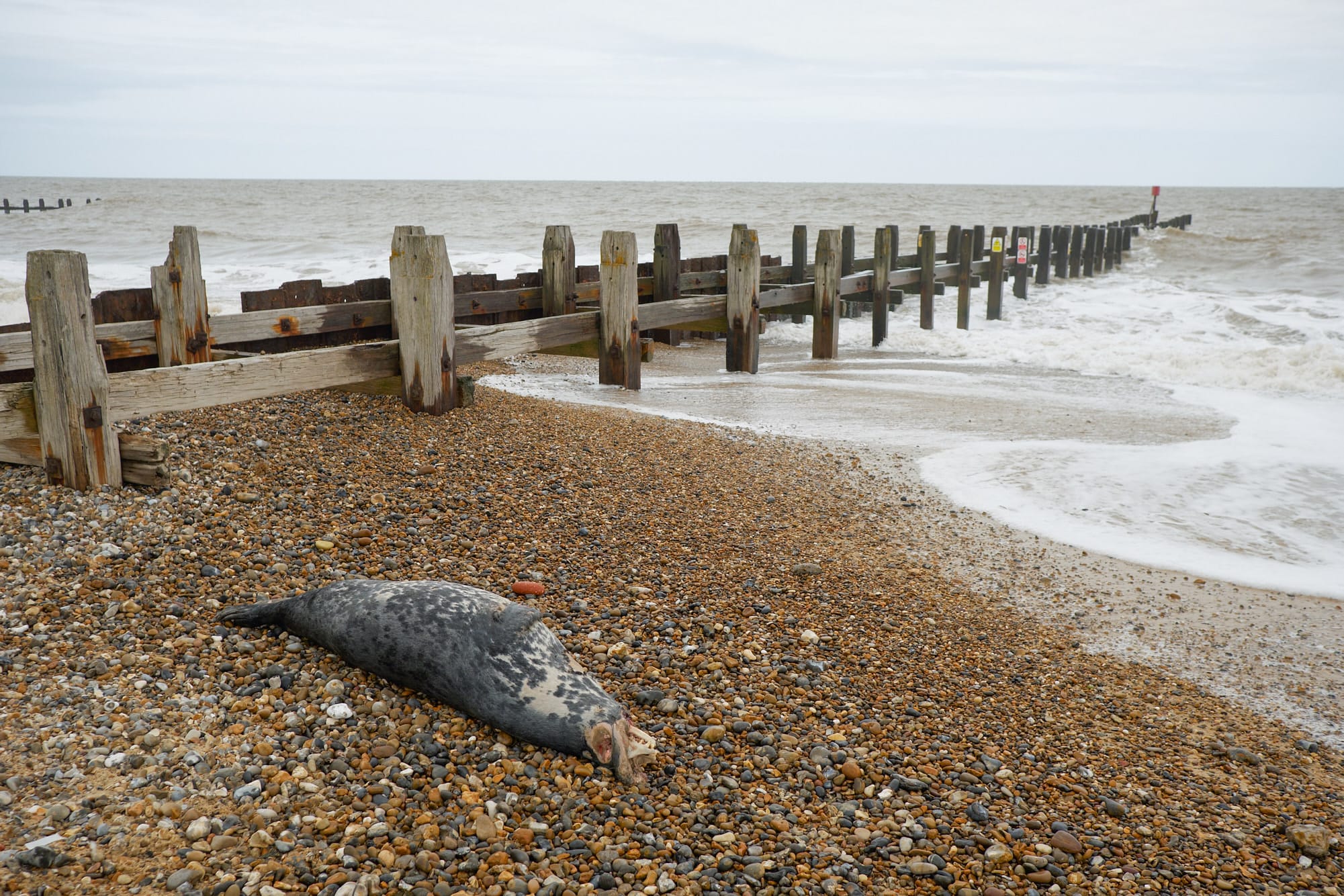 The grassland is popular with dog walkers, and there’s lots of nice twisty paths and colourful yellow flowers. 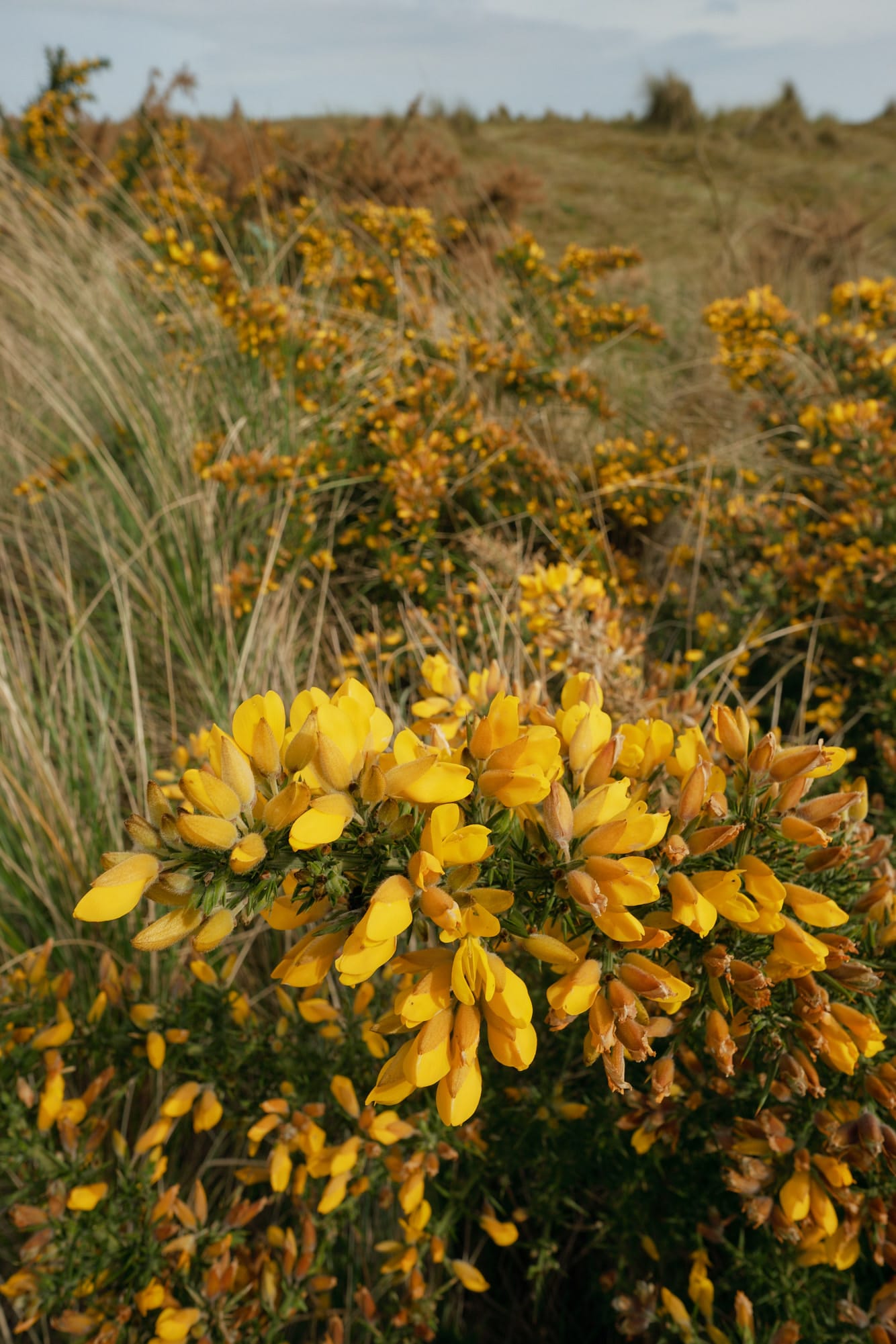 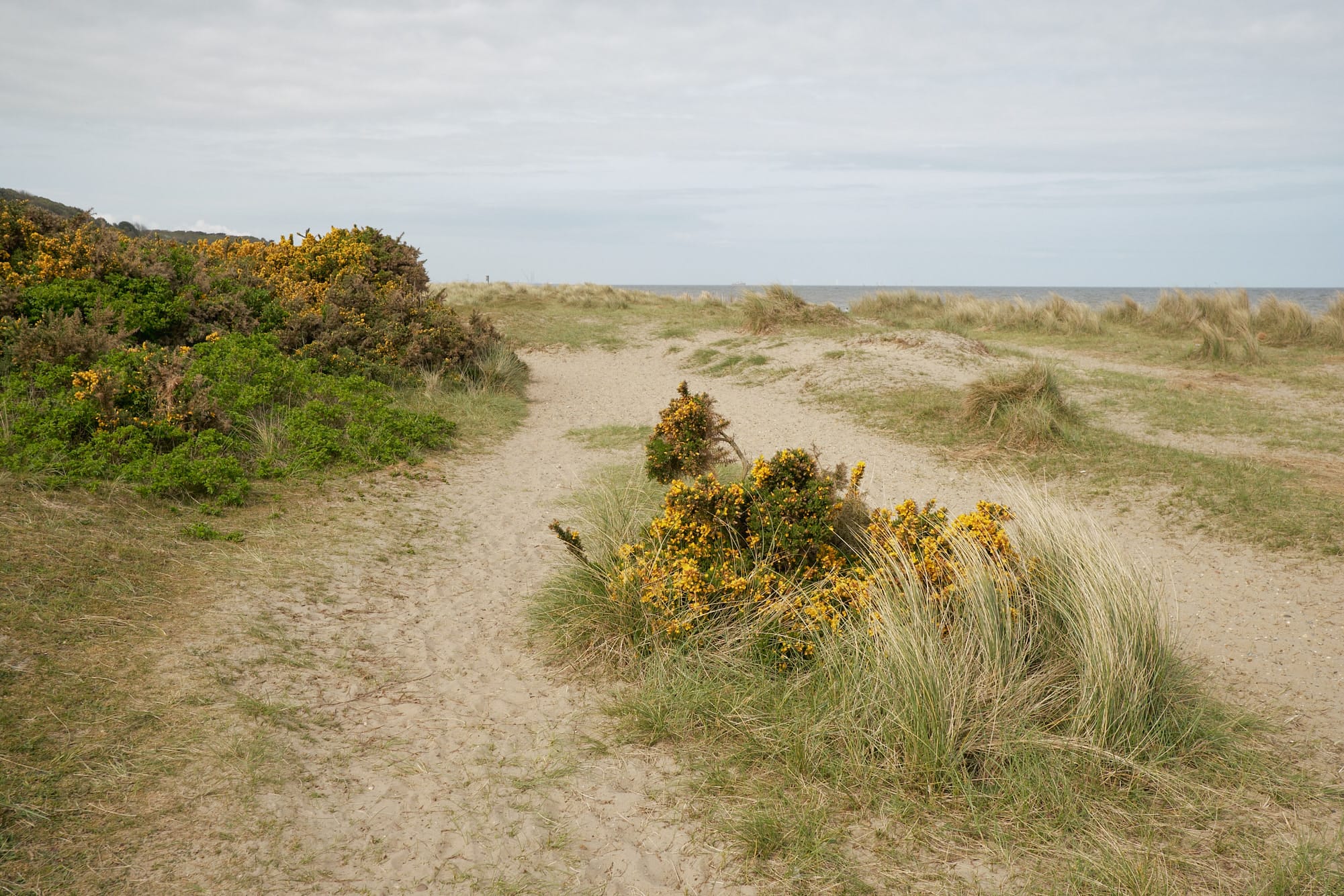 Unfortunately there was a fire on the grassland not so long ago, leaving a significant chunk of the hillside bare and charred. 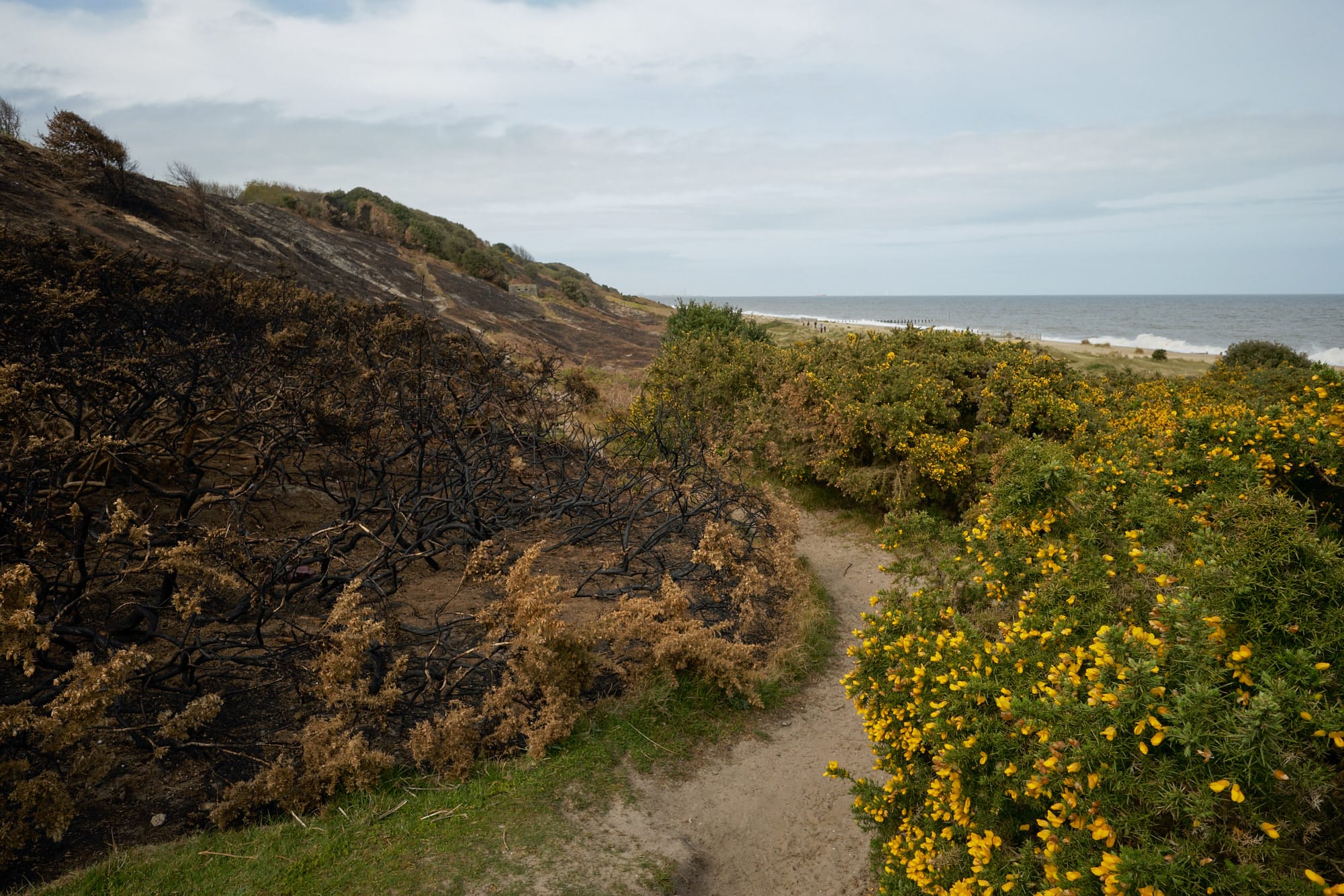 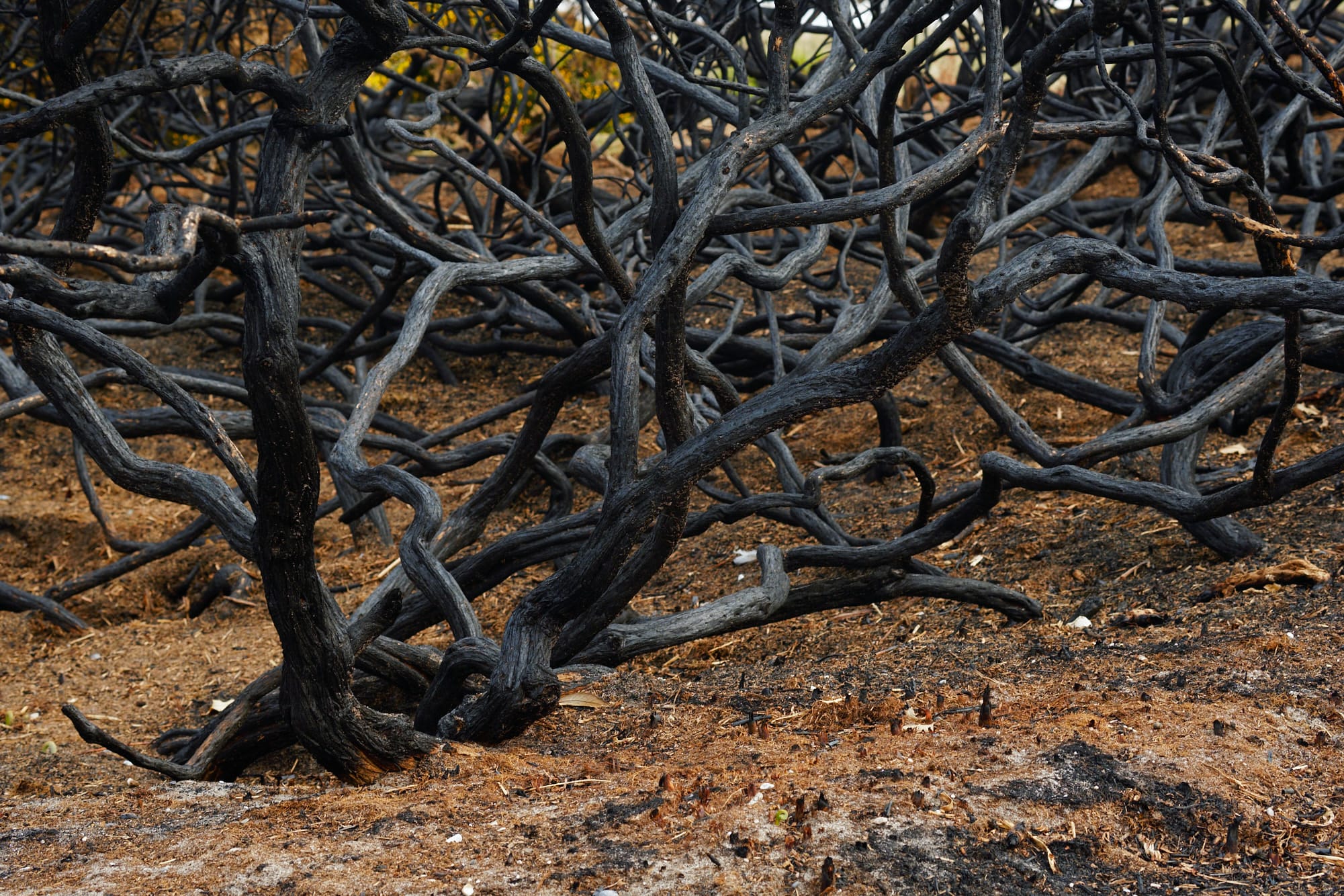 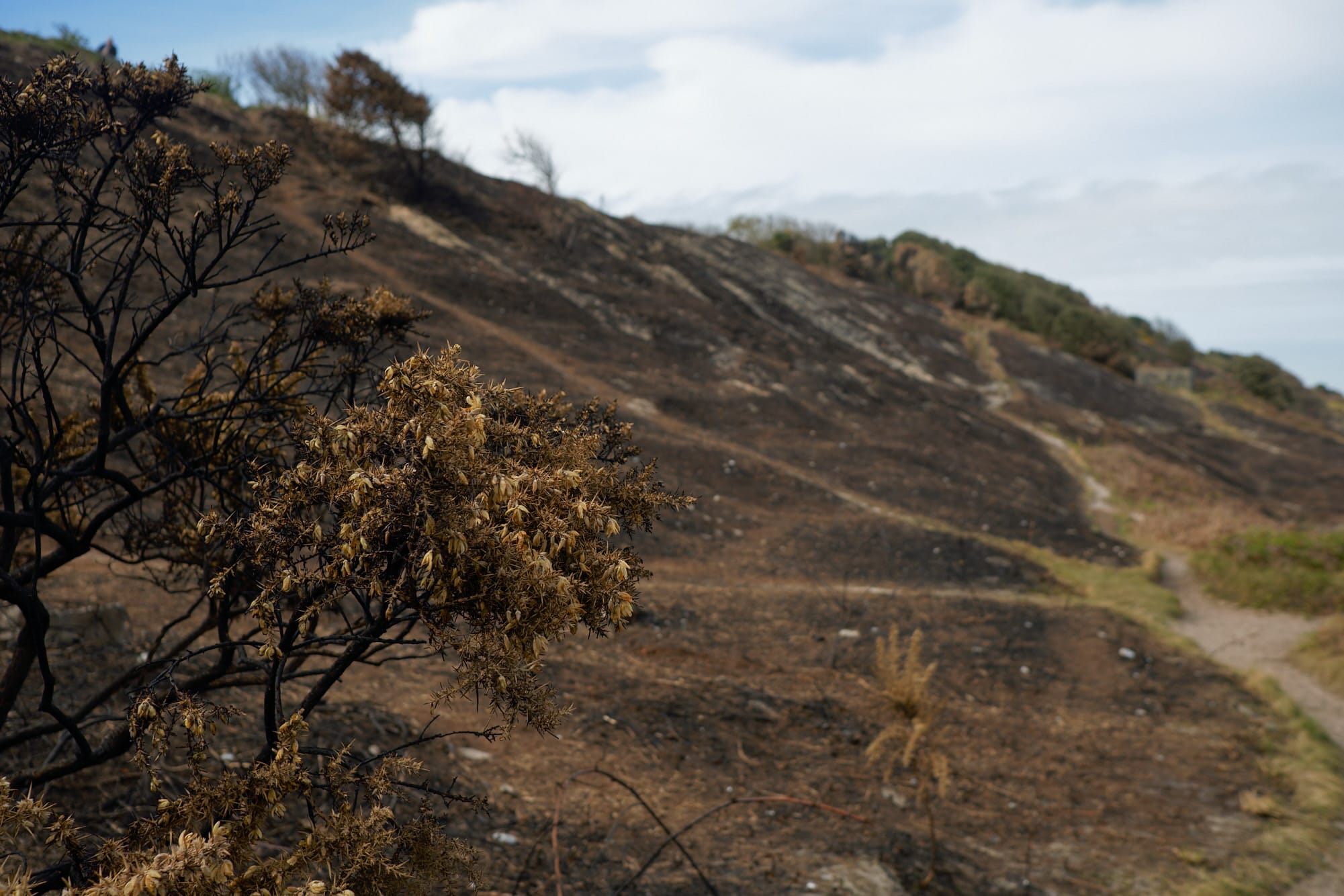 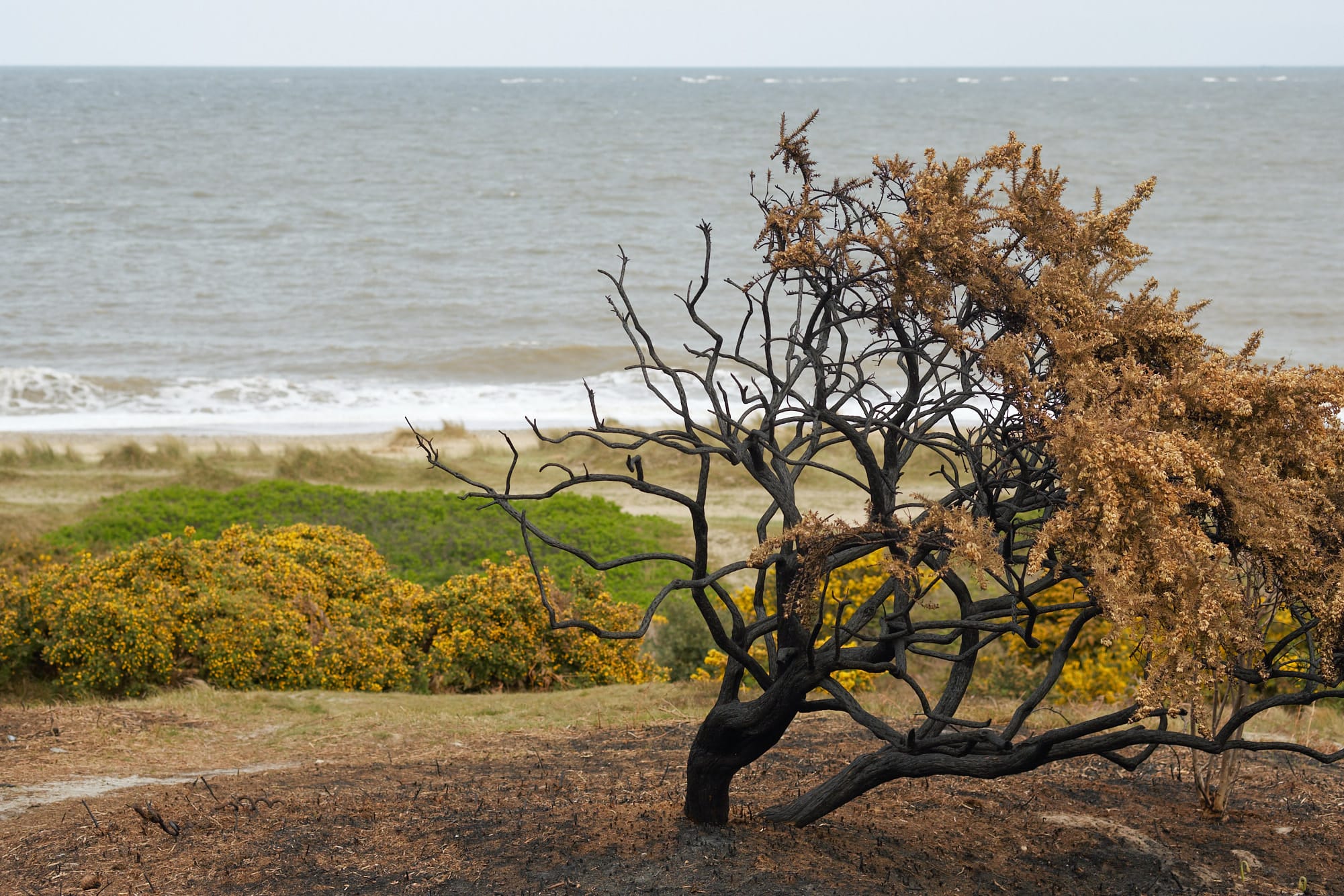 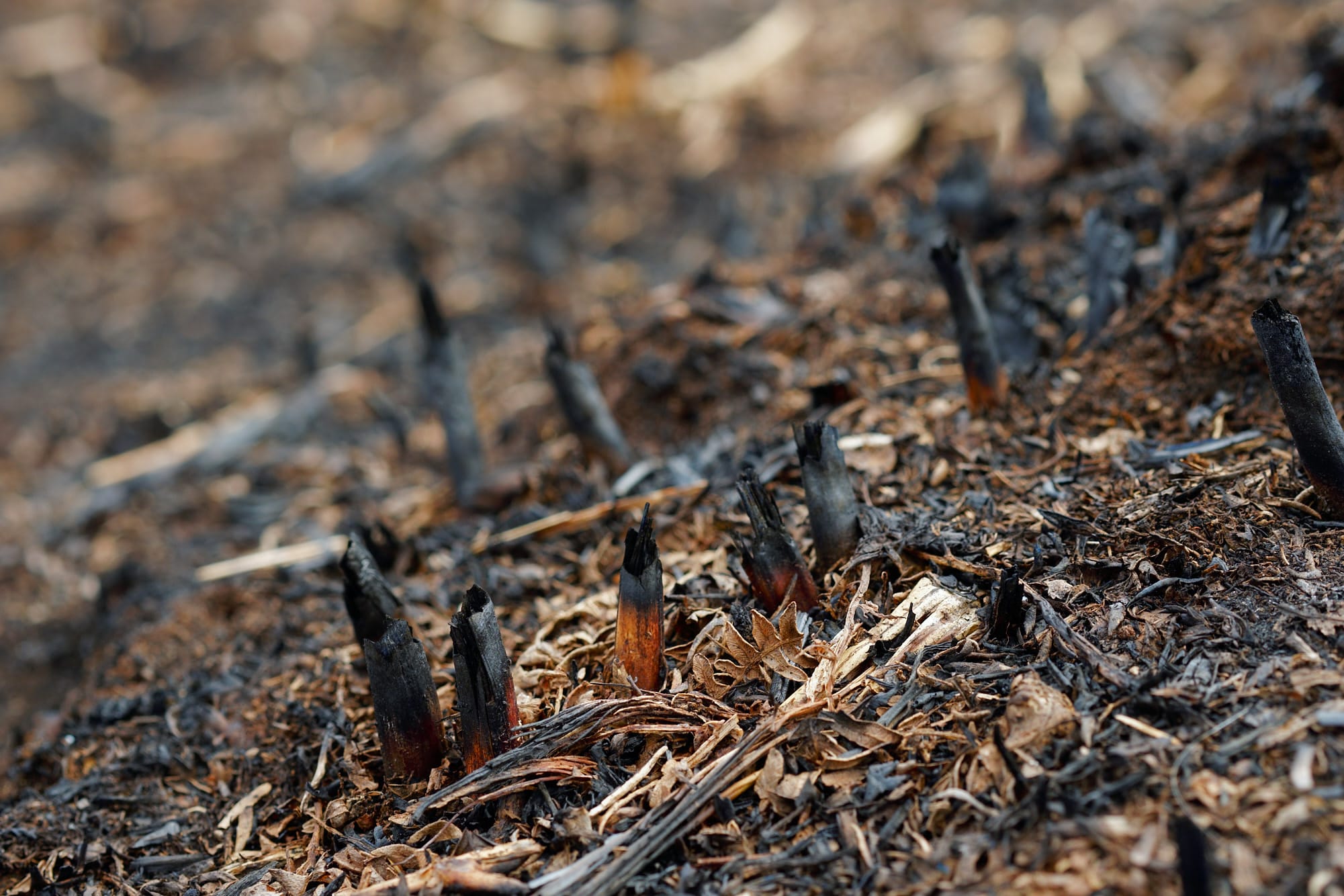 Despite the recency of the burning, new life is gaining a foothold. 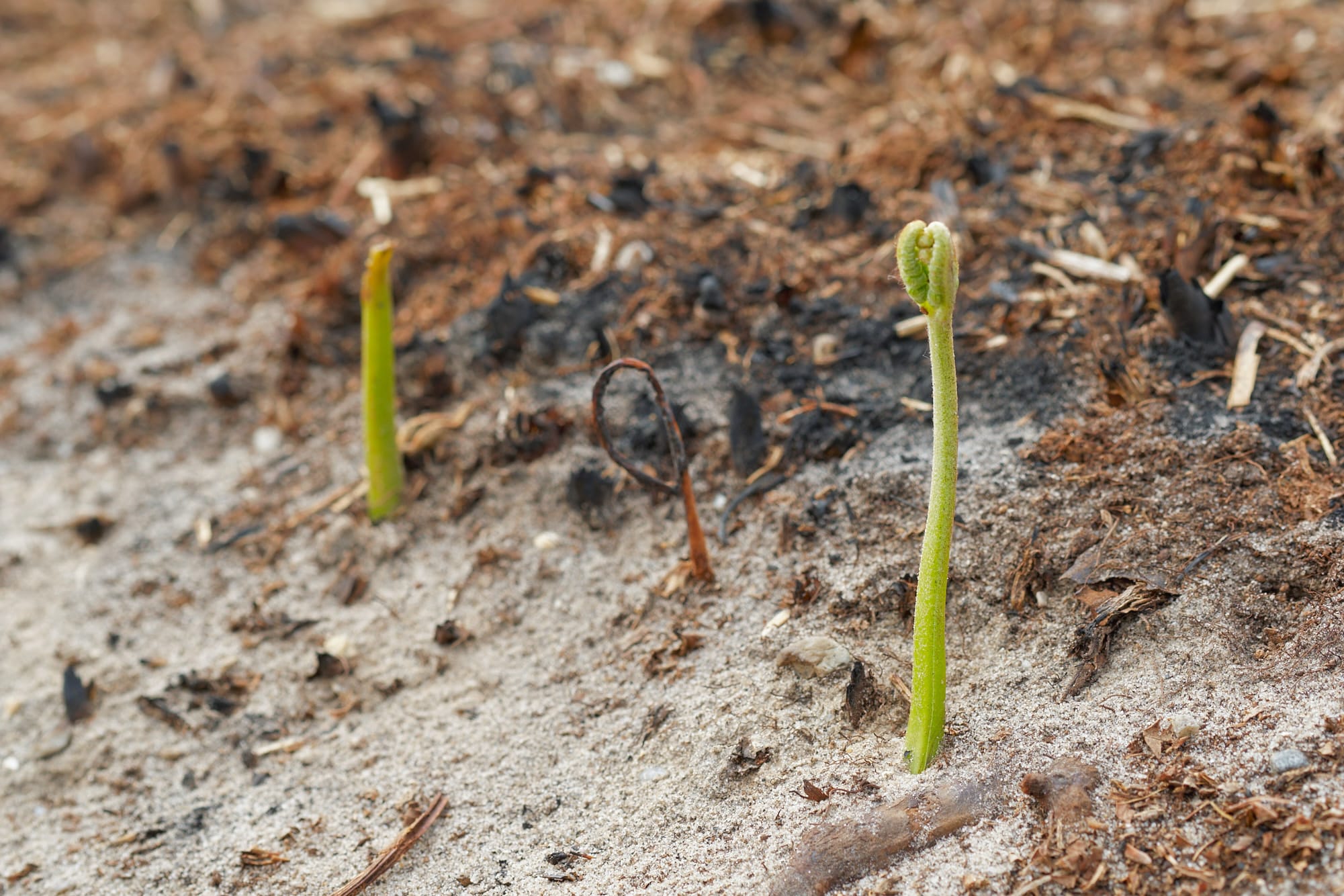