Well, the nice weather lasted but one day, so now we’re back to heavy overcast again, with all the dull flat light that entails. 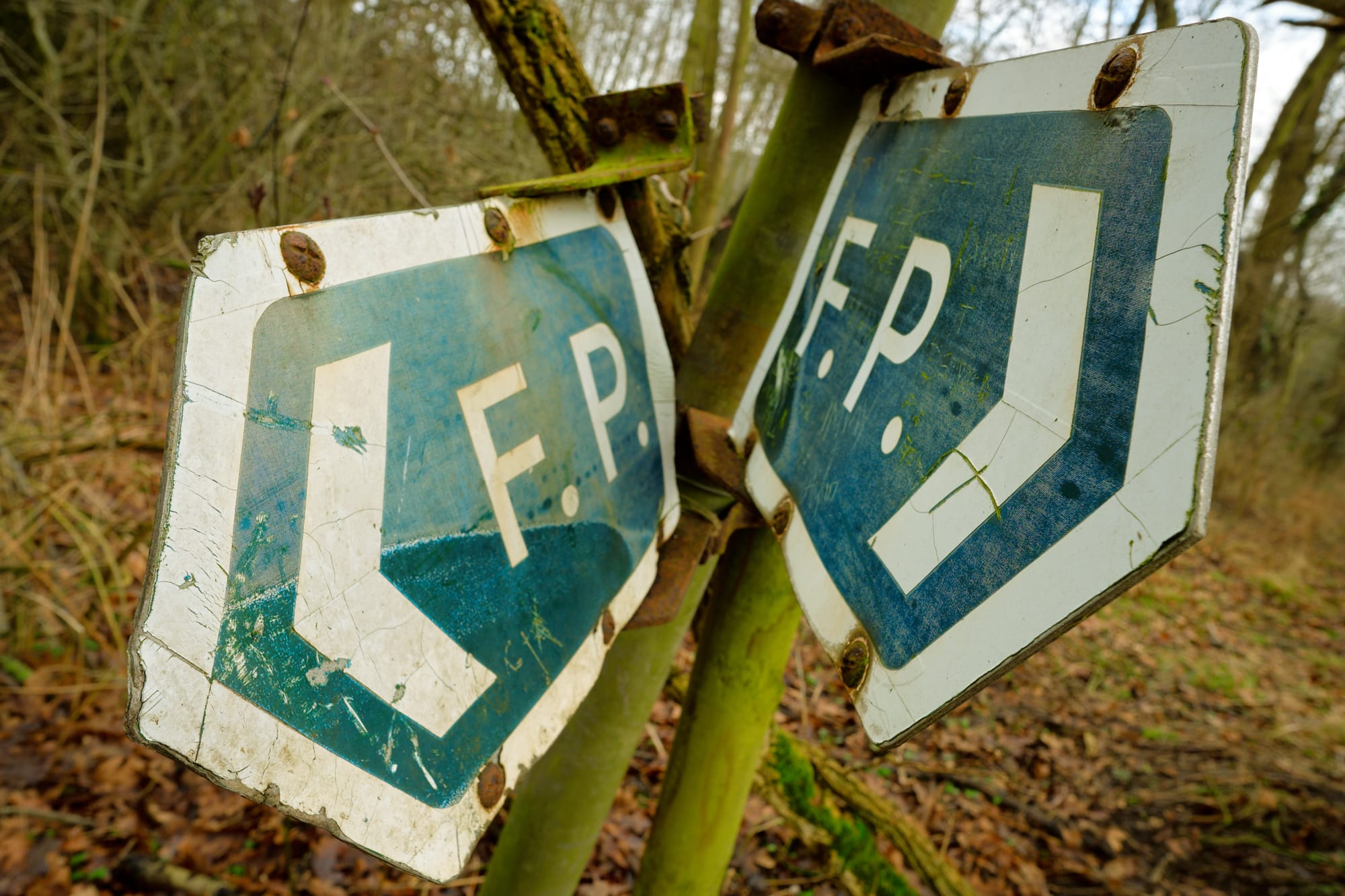 Perfect for a walk in the woods then! Ok not really, but still, I wanted to get out the house for a bit, rather than sit indoors playing Guild Wars 2 all day, so what the heck. 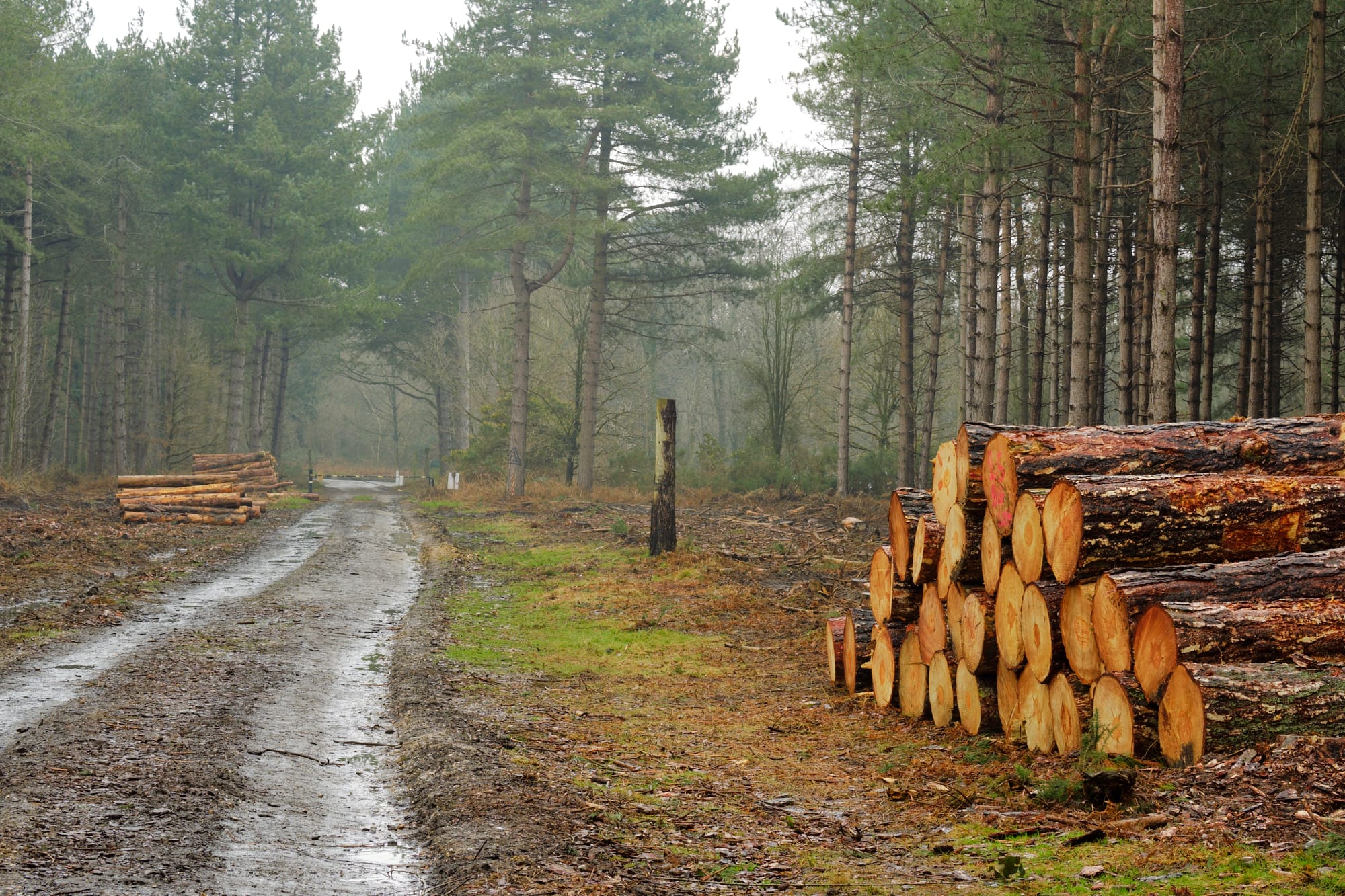 I brought my tripod, since shooting at f/8 meant shutter speeds in the 1/6th of second range. One thing I really appreciate about the X-T2 compared to the XE1 is the tilting screen: I don’t have a very tall tripod, so it’s great to be able to just tilt the screen up and see what I’m doing, rather than bend down awkwardly to see it. The horizontal tilting is similarly useful. 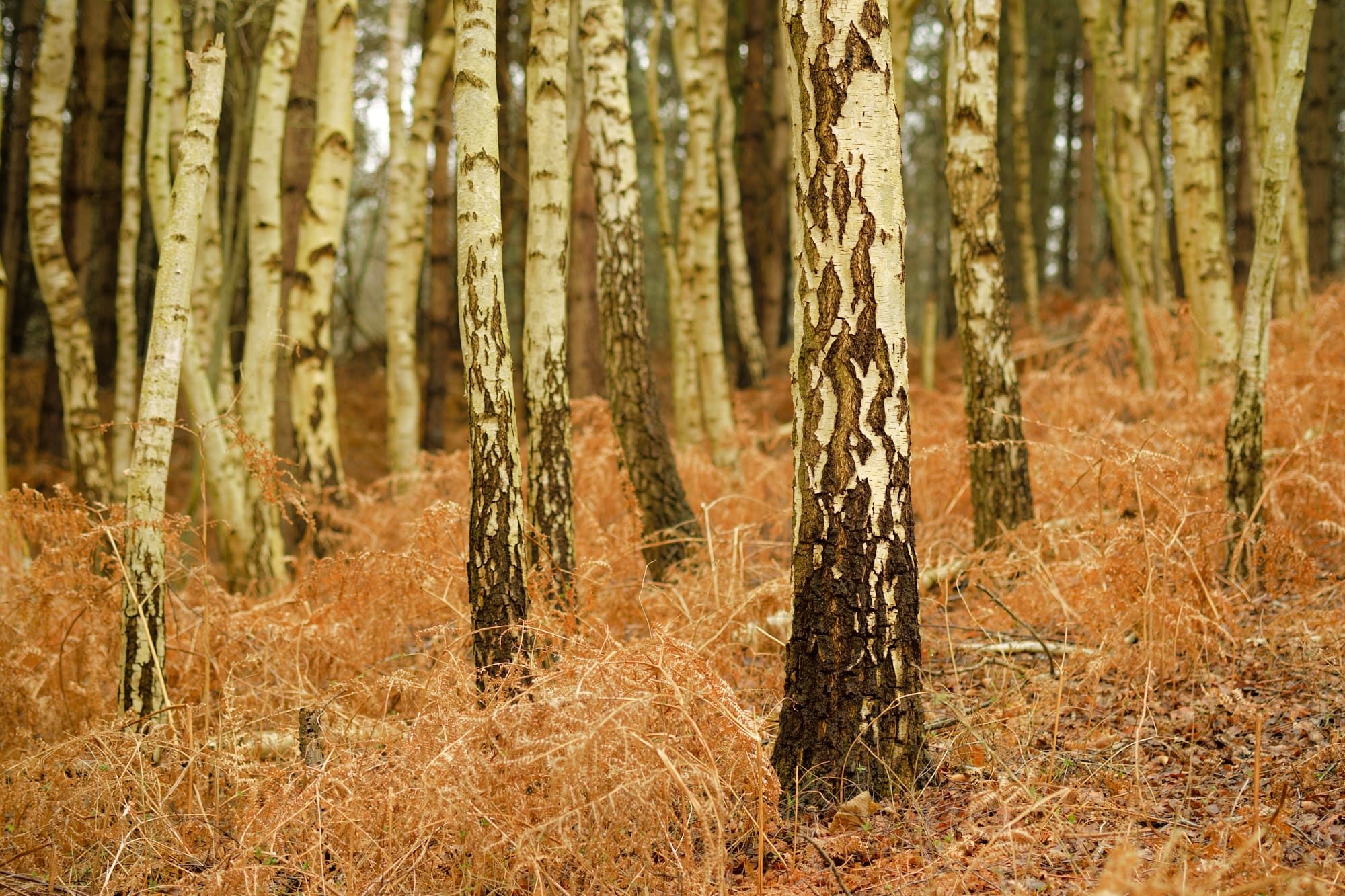 So, overcast, flat light. Doesn’t lend itself to drama, so other avenues must be explored. I don’t feel I was particularly successful – 142 pictures taken, and only 6 (at a stretch) are passable. To be fair, I did take multiple shots of various things (including 17 of that ‘F.P.’ sign), but still, not a high hit rate. There was definitely an interesting atmosphere about the woods, especially in the clearings, but I failed to capture it. 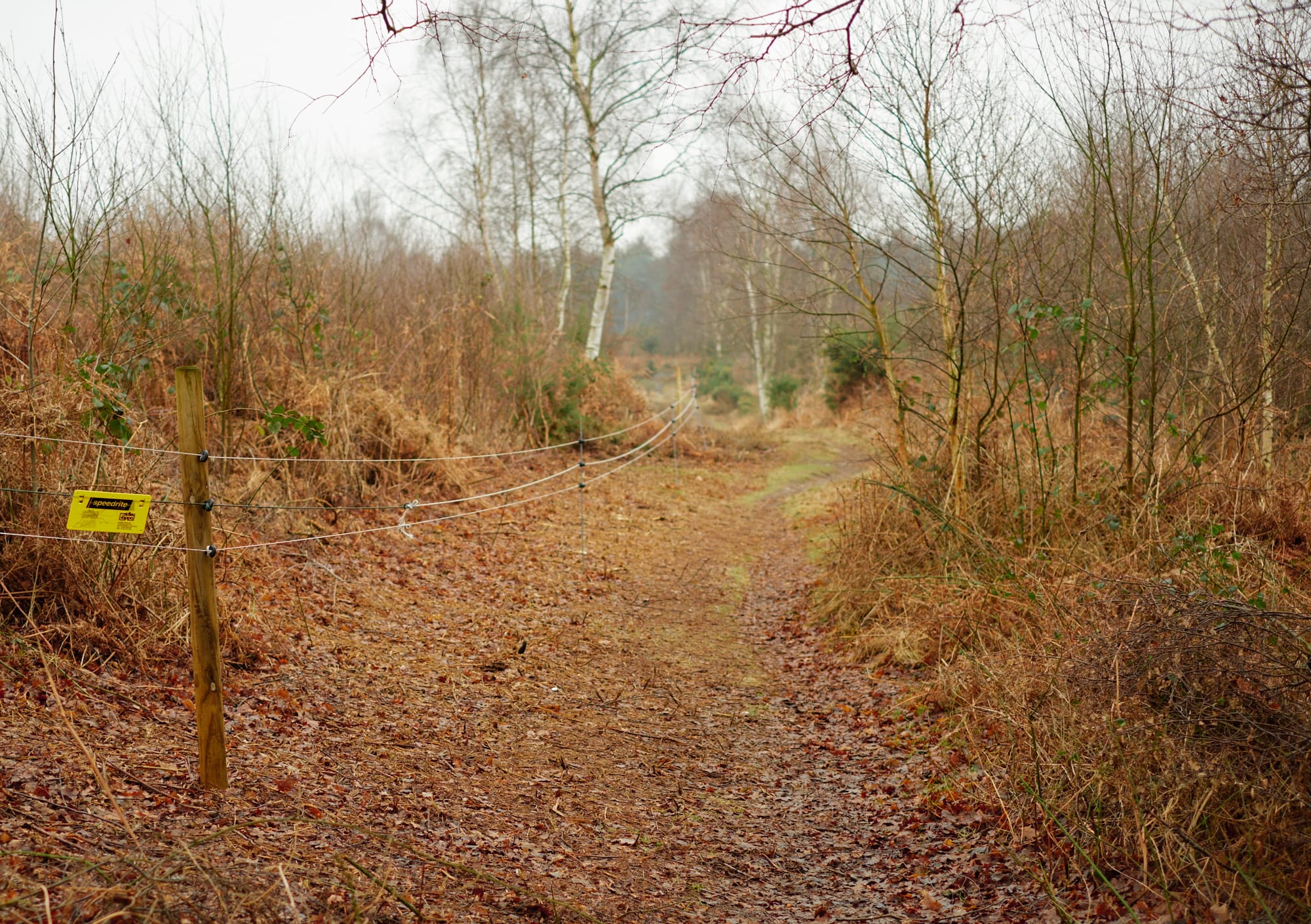 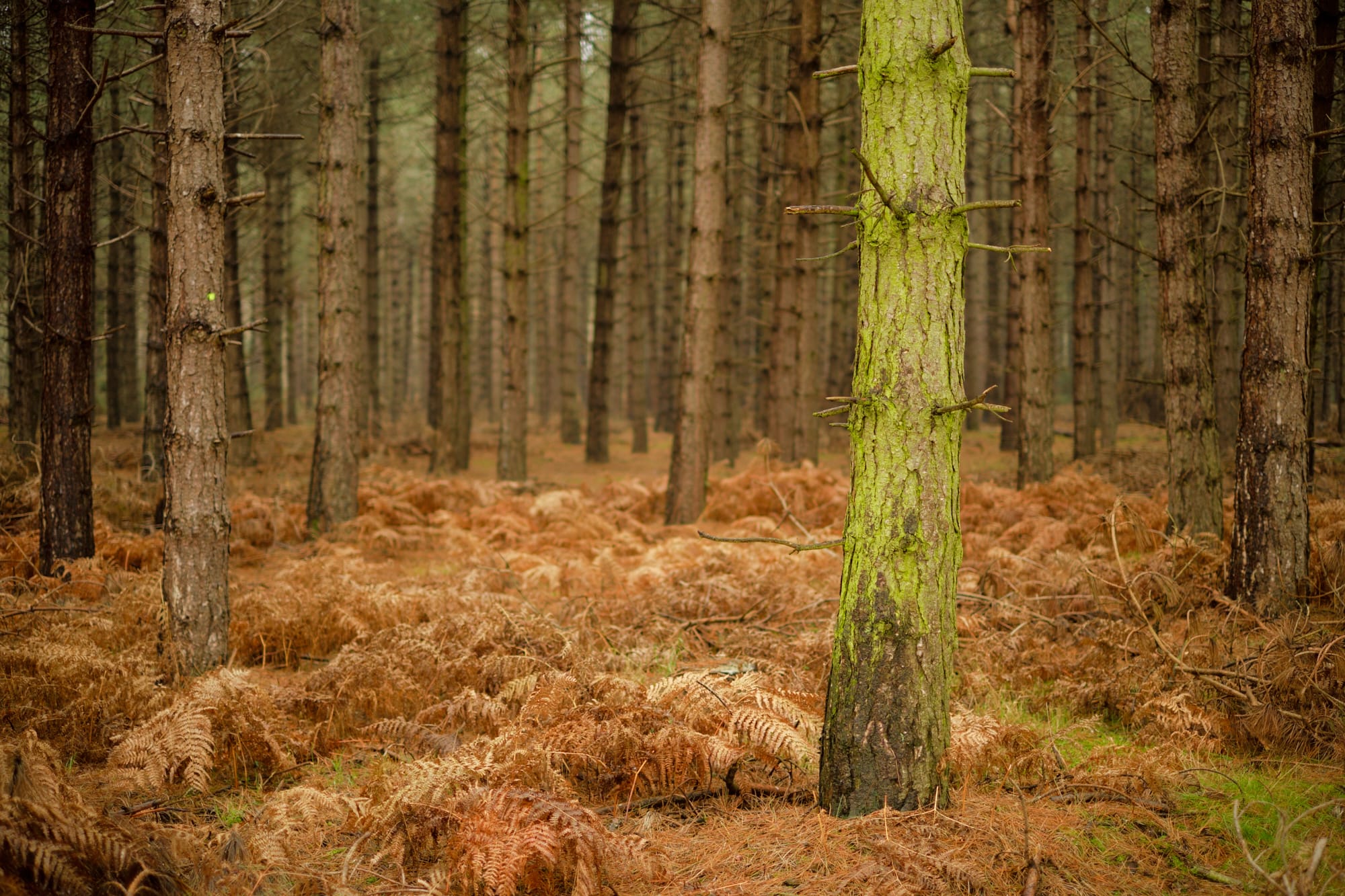 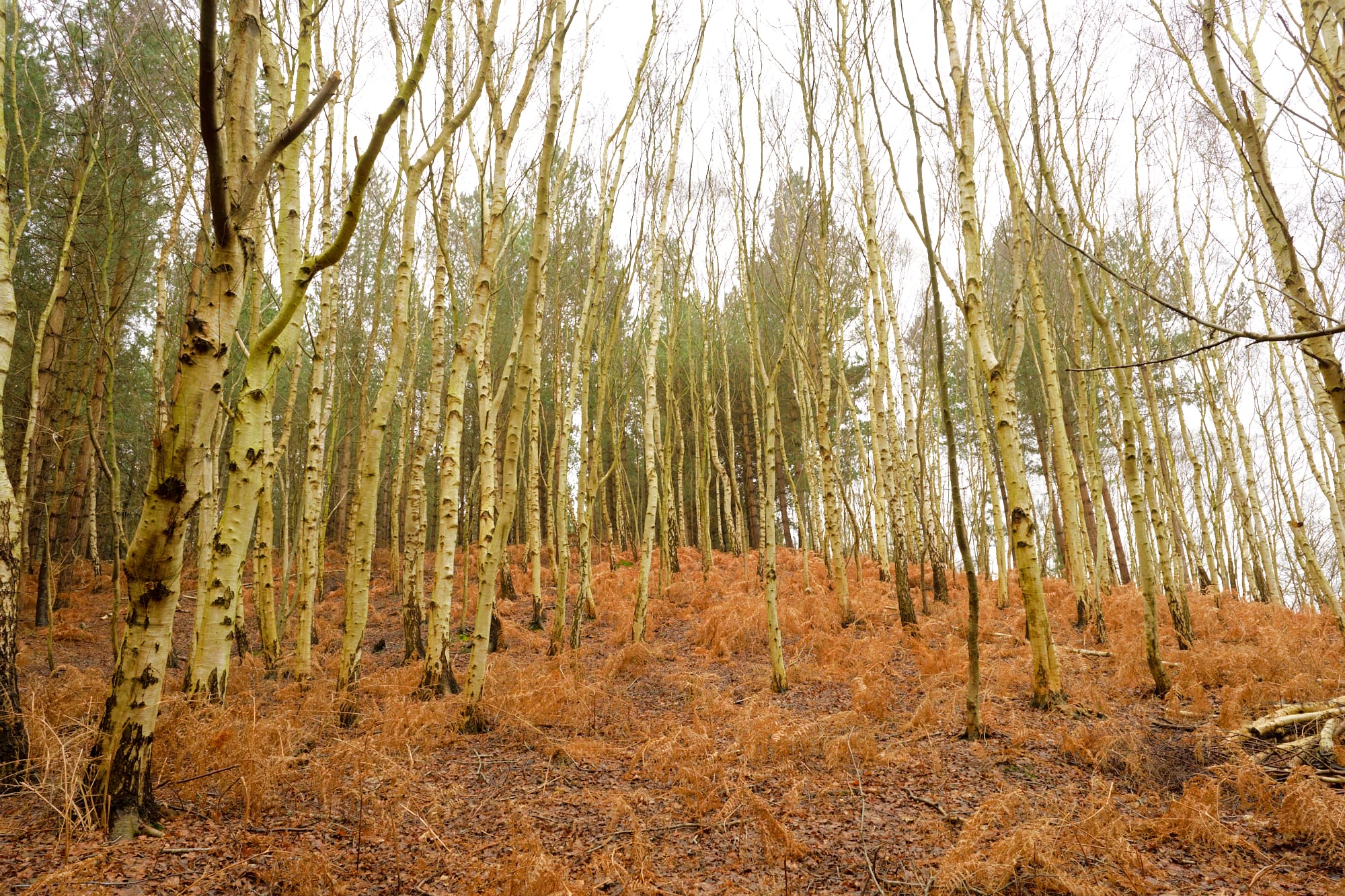 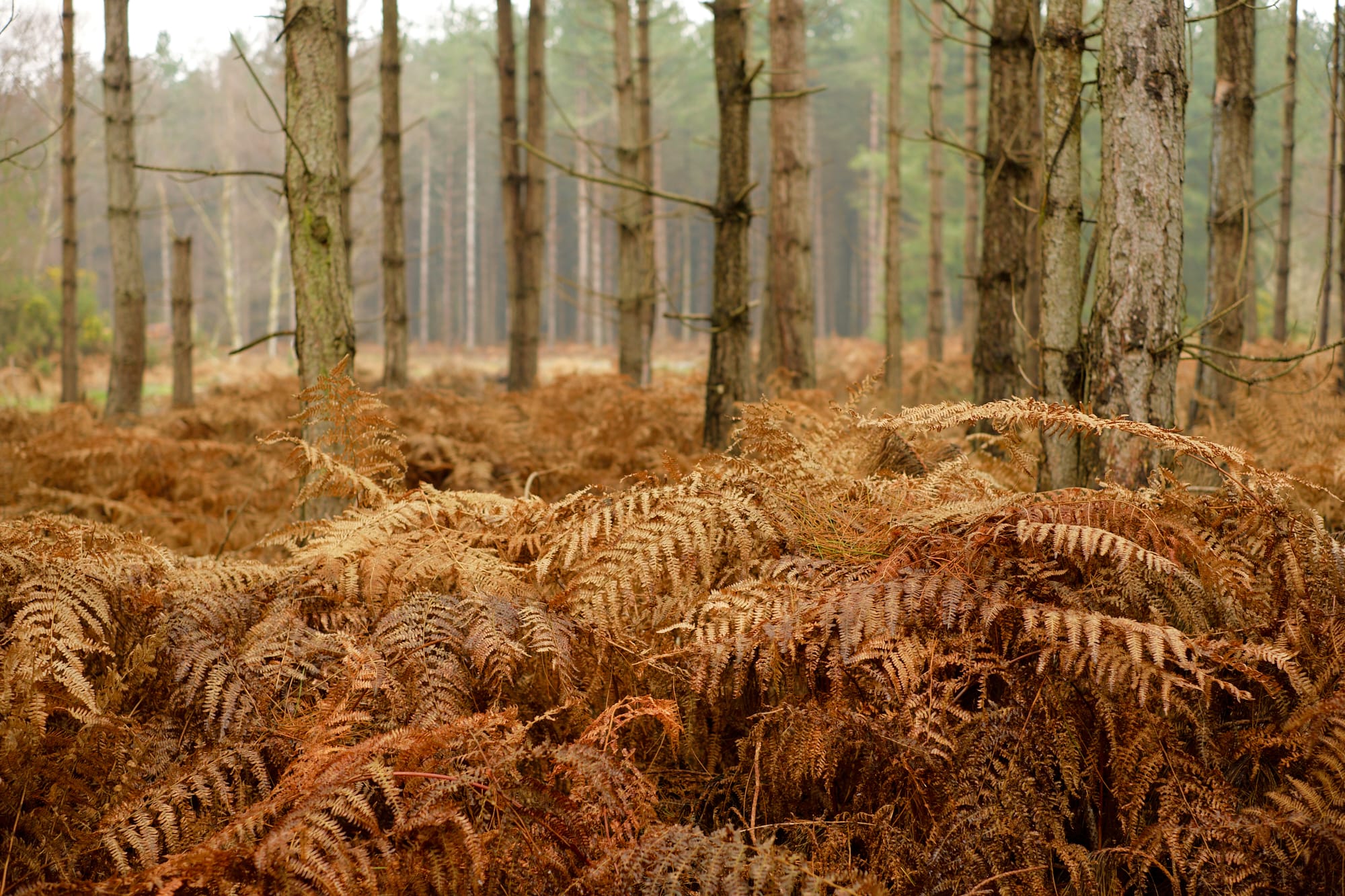 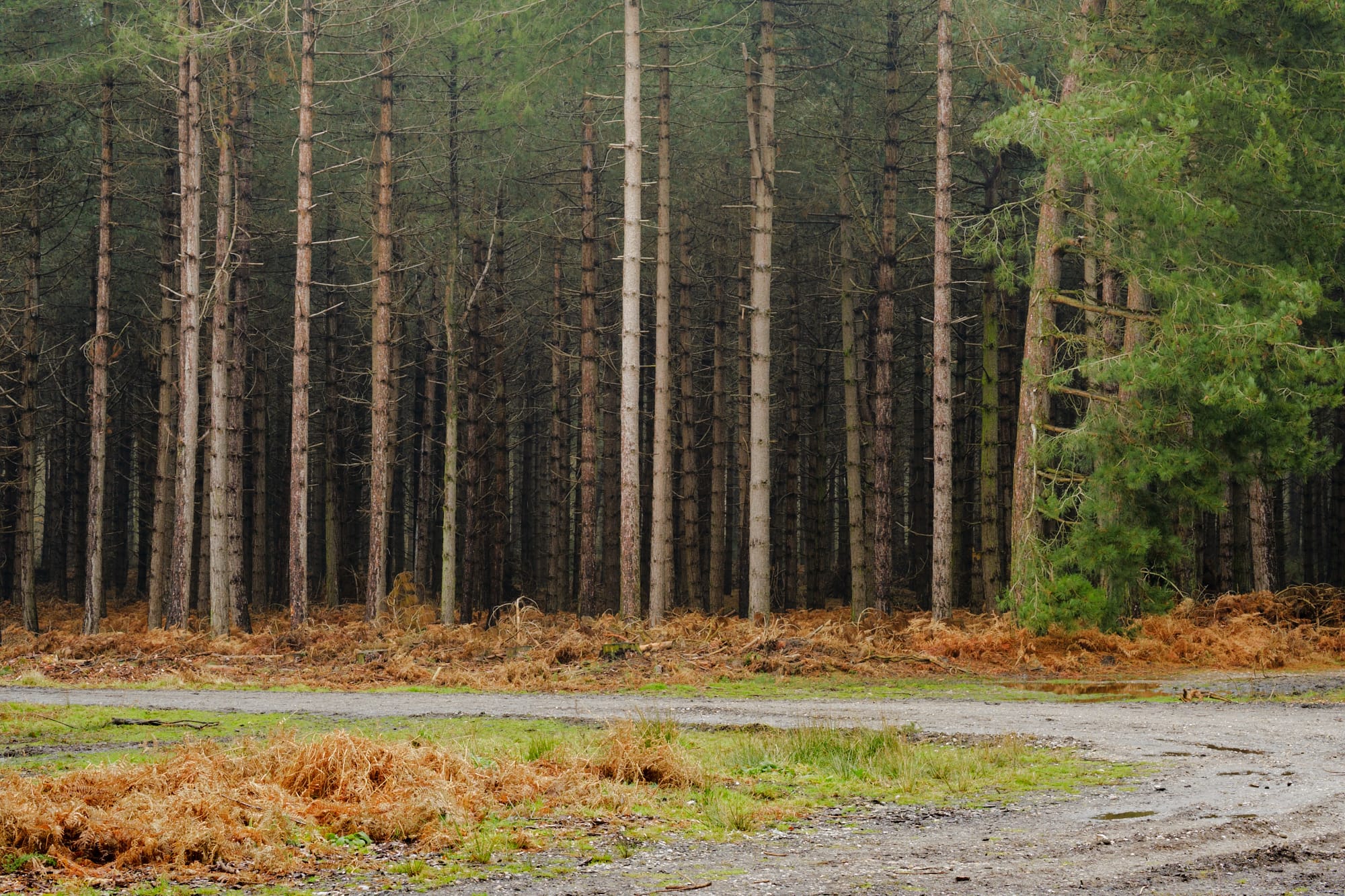