The weather forecast said it’d be shiny at dawn today but that turned out not to be the case. Instead, it brightened up about 11 o’clock, so Zoe and I made the most of it and went to Southwold with Emily for a nice walk by the sea.

As with yesterday I shot with the Acros +Y film simulation, and +2 highlights, +4 shadows. Generally it worked well, but there were a couple of cases where +4 shadows was too much, so I re-processed the image on-camera with +2 shadows. The result was almost all of these pairs are JPEGs right from the camera, although one of them was processed from raw just because it made the sea look darker where I wanted it to. Also as yesterday, all shot with the Fuji 23mm f/1.4.

It wasn’t until I’d selected the images for this post that I noticed they worked well in pairs. I don’t think I’ve done anything like this, and I sure would like a better way to arrange images like this without having to faff about doing it manually in Paint.net. 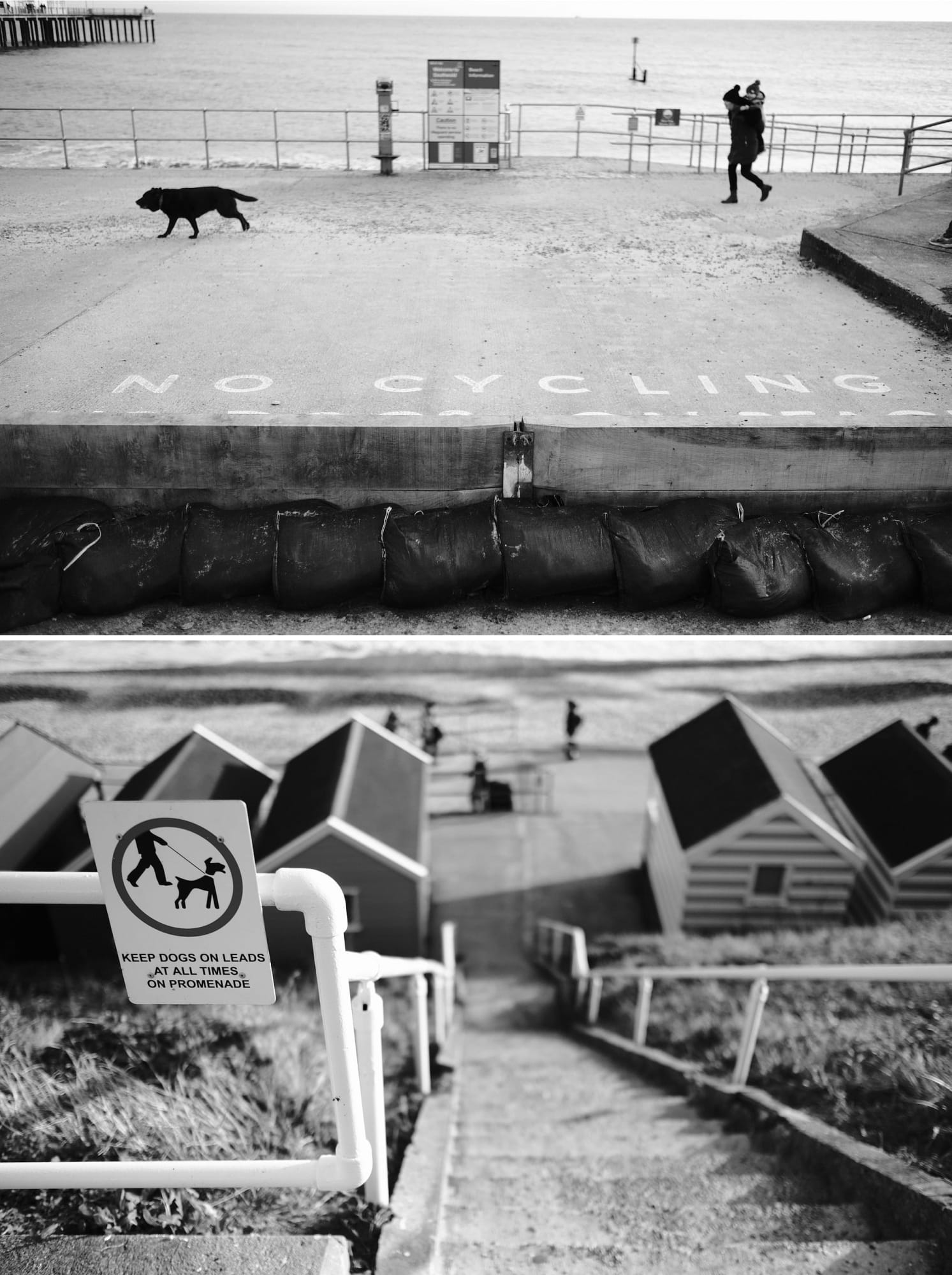 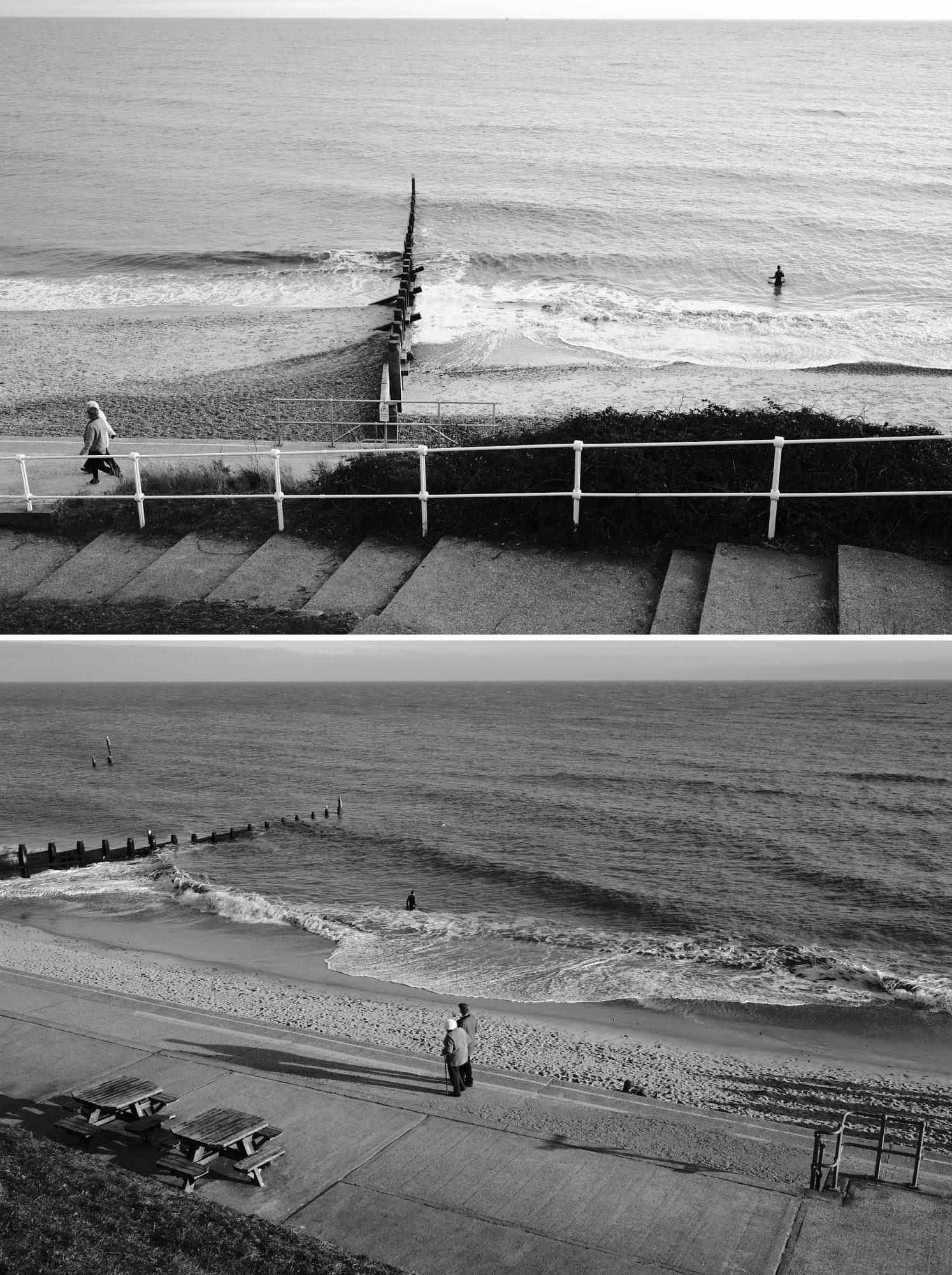 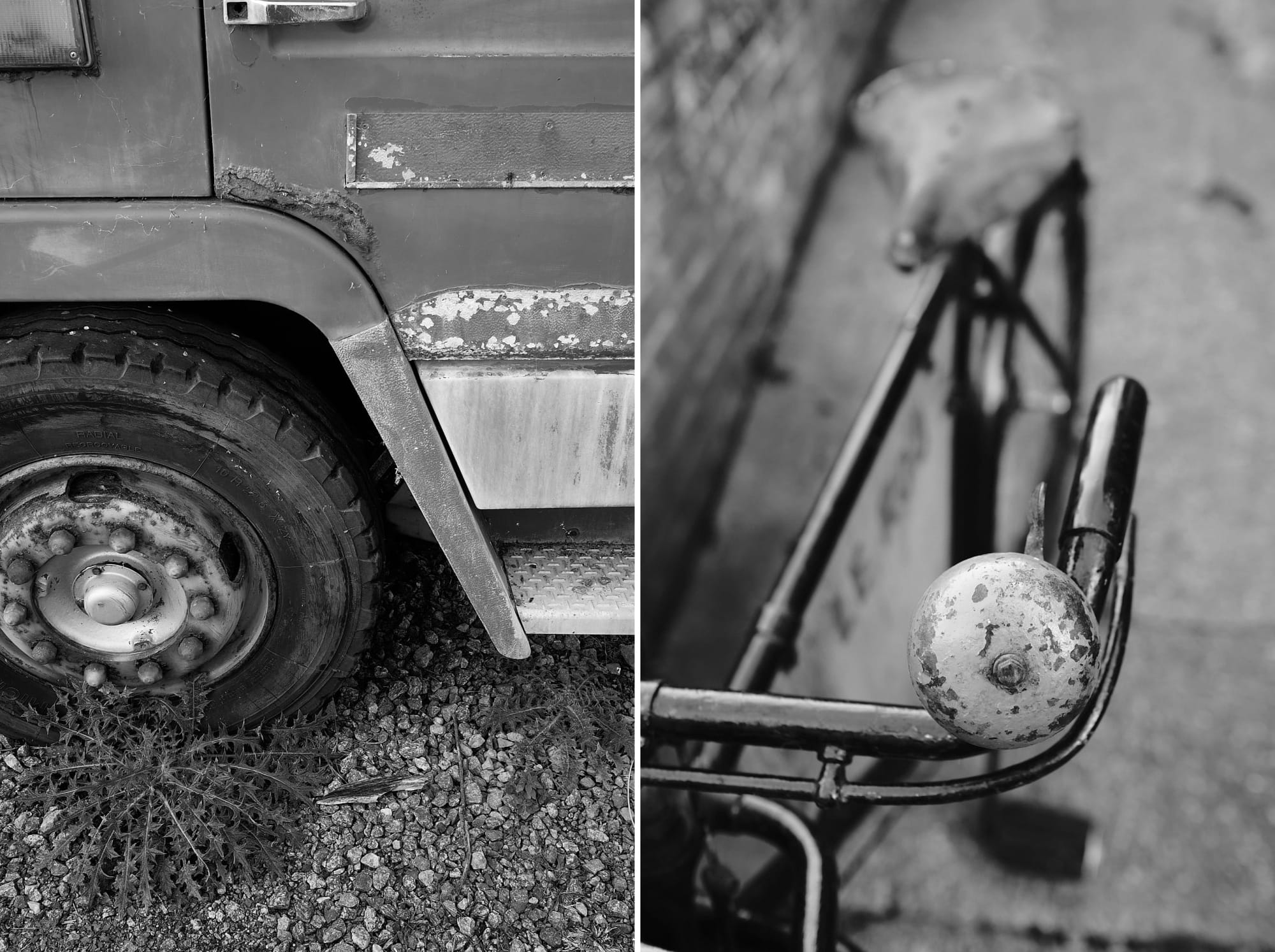 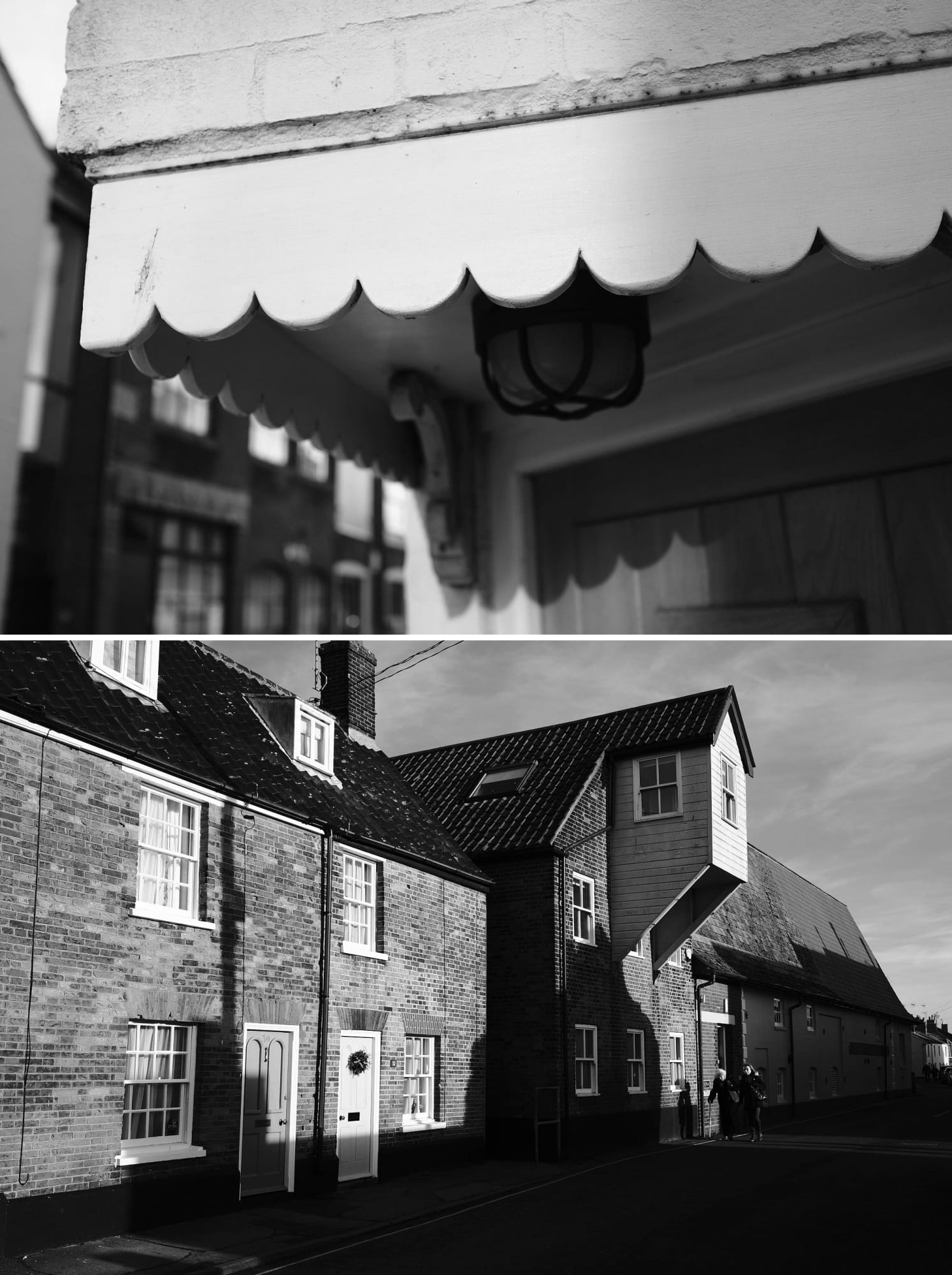 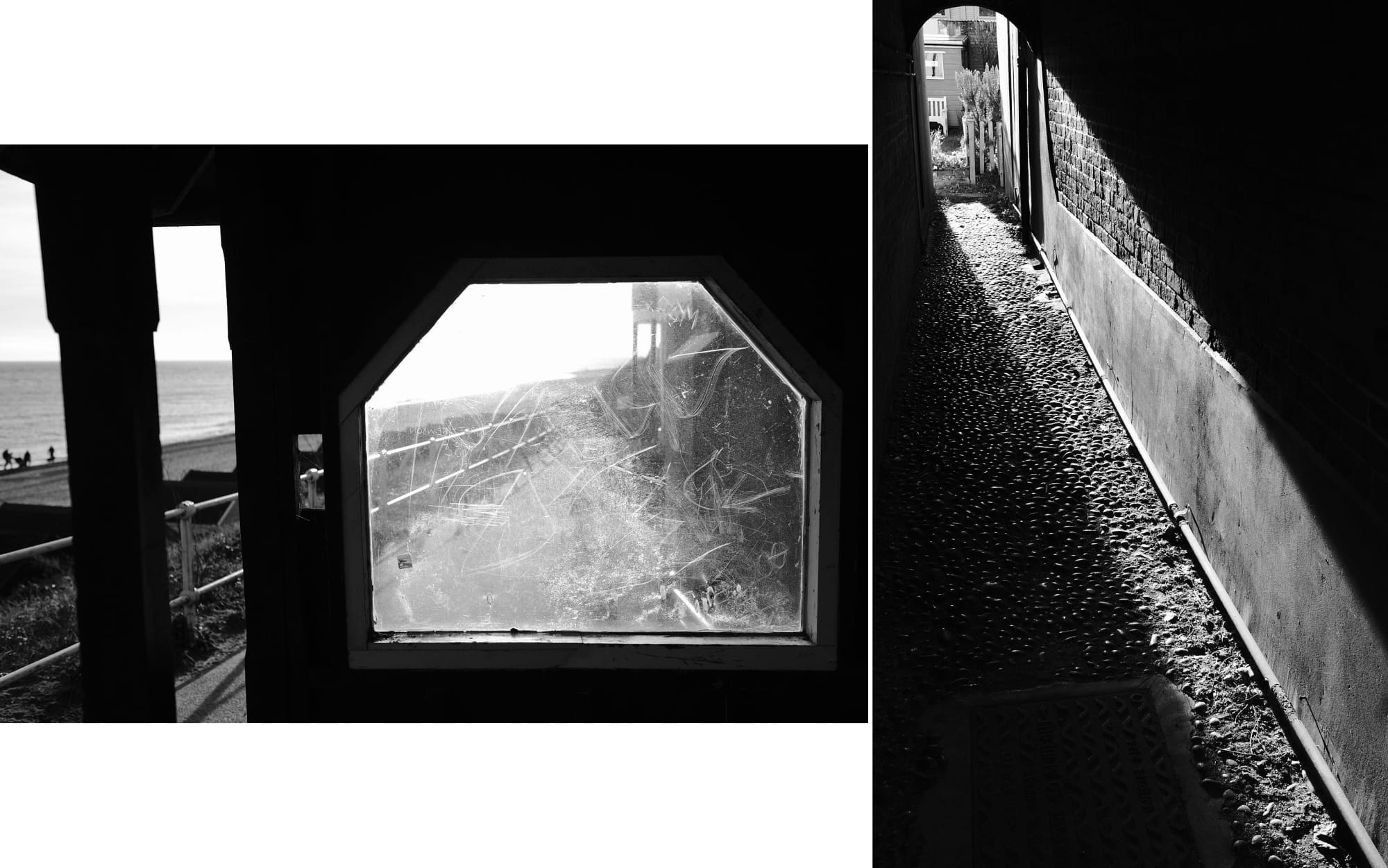